Japan National Stadium is the venue as Roma and Yokohama F. Marinos go head-to-head in an exciting mid-season friendly.

With many of Roma’s players currently away on international duty in Qatar, manager Jose Mourinho will rely on second-fiddle stars to inspire the team’s resurrection following an abysmal four-match winless streak (D3, L1). After going winless in three consecutive Serie A outings on the eve of the 2022 World Cup, ‘I Giallorossi‘ could only manage a tepid goalless draw with Nagoya Grampus in their opening mid-season friendly. Scoring has been an issue for last season’s Europa Conference League winners as they’ve bagged under 1.5 goals in four consecutive games, having netted two or more three times in a row beforehand. Then it’s unsurprising that Roma’s four fixtures preceding this encounter have featured under 2.5 total goals, highlighting the potential for a cagey, low-scoring affair.

In stark contrast to Roma’s proneness to low-scoring contests, Yokohama Marinos‘ last two matches have seen over 3.5 goals and both teams scoring. While none of their five games since a goalless draw with Hokkaido Consadole Sapporo in mid-September have ended level, a lack of consistency has witnessed the ‘Marinos‘ blow hot and cold in that five-game sequence (W3, L2). Scoring first could prove crucial, considering each game (won/lost) during that five-match span saw the winner open the scoring. But with no clean sheet from their last four outings, the Japanese may need to score more than once to upset the apple cart in Tokyo. 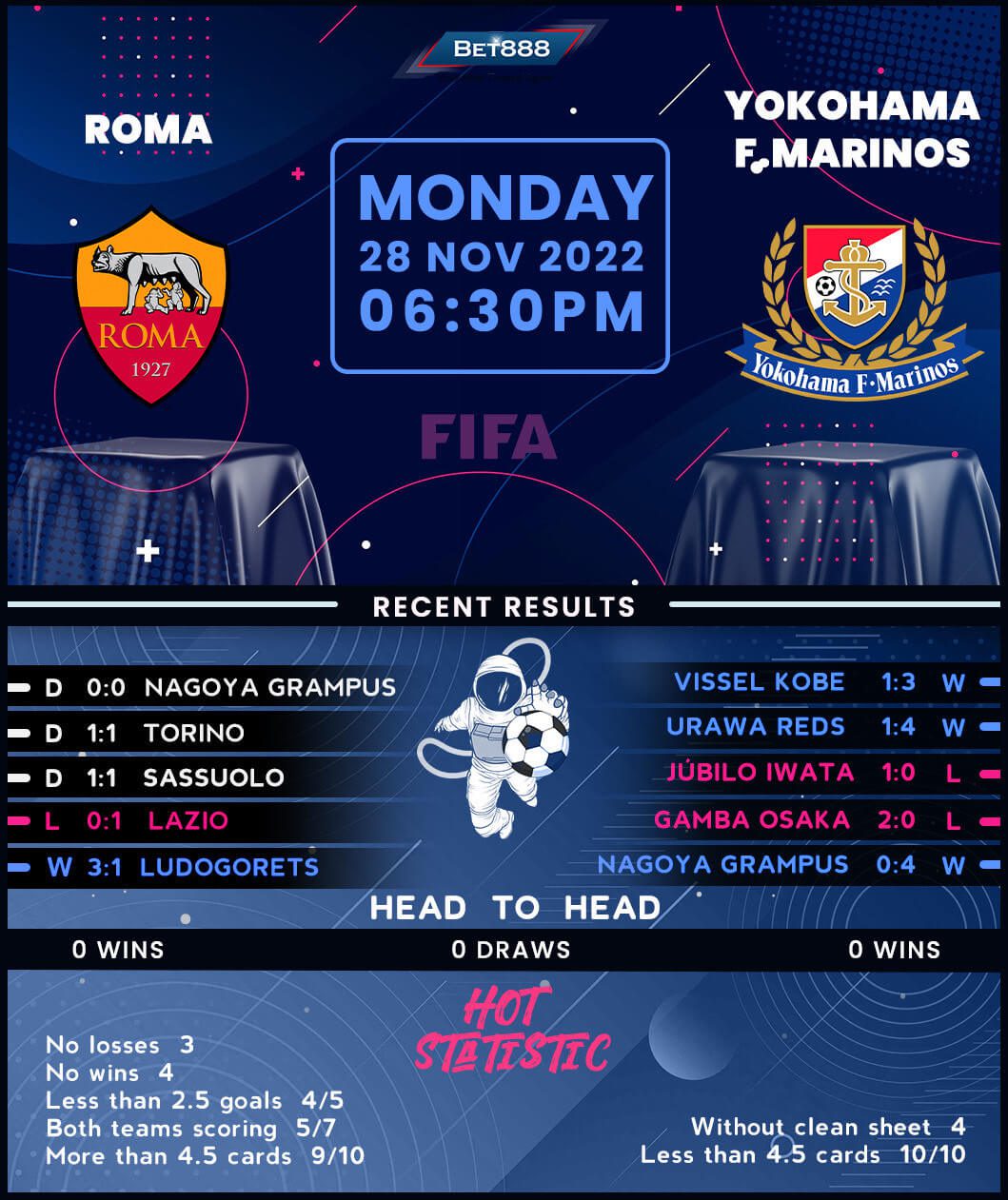