The hosts have hit the ground running in Group A, winning three of their opening four Europa League group stage fixtures so far (D1) to qualify for the knock-out rounds with two games to spare. Except for a goalless away draw with CSKA Sofia on Matchday 2, Paulo Fonseca’s men have netted over 1.5 goals in each of the remaining three group stage matches, mustering a total of nine. However, a lack of first-half action has seen Roma fail to get on the scoresheet before half-time three times across that four-game sequence. The ‘Giallorossi’ have won five of their six previous home meetings with Swiss visitors in major European competitions, but their last such fixture back in 2010 ended in a 2-1 loss to Basel.

Meanwhile, the visitors have enjoyed an upturn in European form of late, going from two consecutive Europa League matches without a victory (D1, L1) to back-to-back wins ‘to nil.’ That said, they enter the penultimate group stage round sitting three points clear of third-placed CFR Cluj. Quick out of the blocks, Gerardo Seoane’s men have registered a clear majority (83.33%) of their total Europa League goals scored this term in the first half of play (5/6). Curiously, each of Young Boys’ last four away matches in the Europa League group stage has featured under 2.5 total goals (W1, D3), with three yielding the identical 1-1 scoreline. But, Young Boys have lost three of their five previous European clashes against Serie A clubs (W2), with four of those fixtures producing over 2.5 goals. 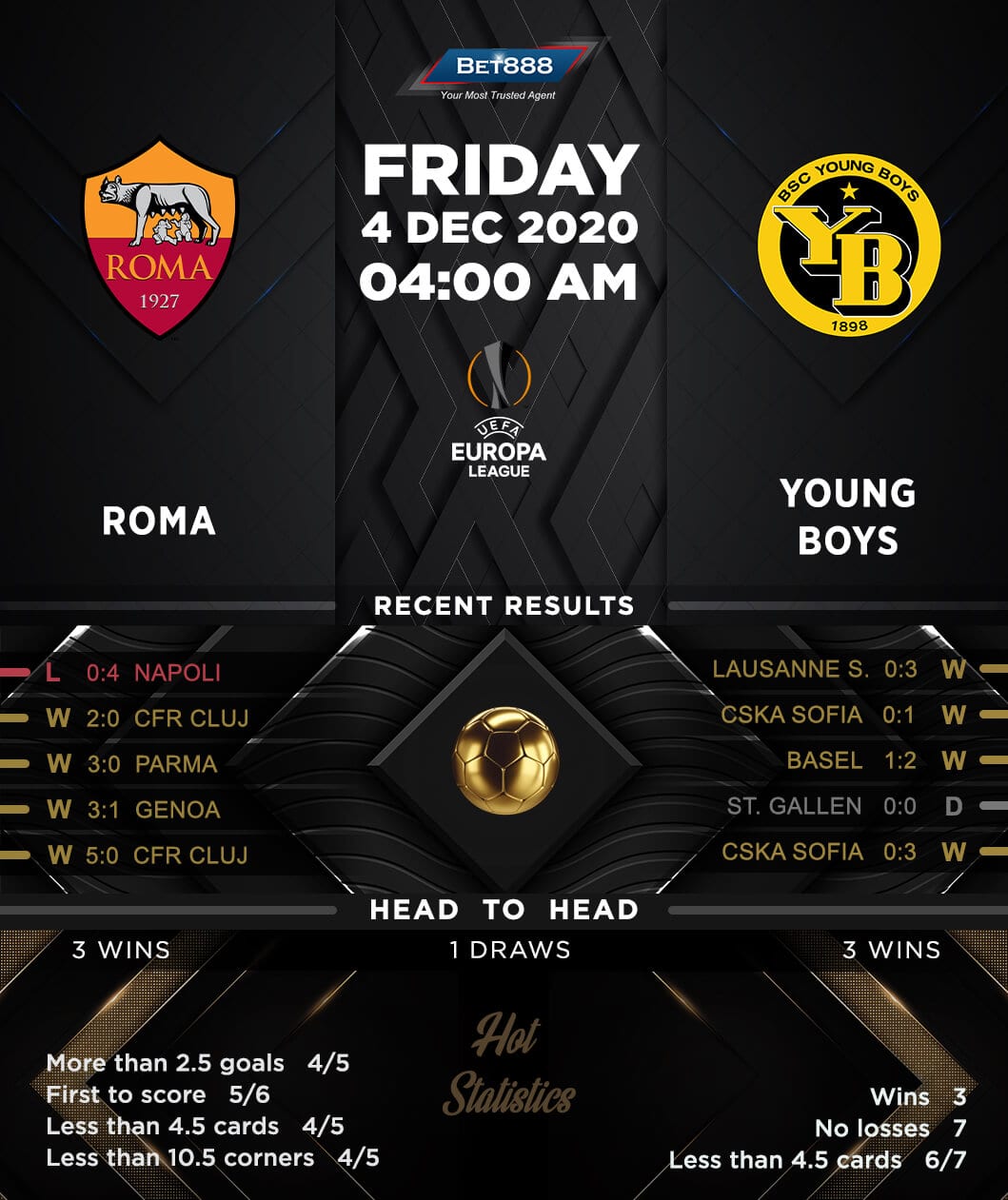