Arena Națională is the venue as Romania and Germany prepare to trade tackles in an exciting World Cup Qualifying fixture.

Romania prevailed in a five-goal thriller against North Macedonia in their Group J opener to take their unbeaten tally to four matches overall (W3, D1). Notably, the Romanians scored 3+ goals three times across that four-game sequence but only managed to keep a clean sheet once. At home, the ‘Tricolours’ have gone from four competitive fixtures without winning (D2, L2) to back-to-back victories, one which was a forfeit result versus Norway in the UEFA Nations League. Excluding that walkover, Mirel Radoi’s men have picked up just a single win in their previous five competitive home outings (W1, D2, L2), registering five of their seven goals conceded in that stretch beyond the 75th minute. For Romania, it all comes down to drawing first blood, as they’ve not lost any of the last 22 matches in which they opened the scoring (W18, D4).

Meanwhile, Germany demolished Iceland 3-0 at home to begin their tenth consecutive World Cup Qualifying campaign with a win. Additionally, the Germans have now lost just one of their last 11 competitive fixtures (W7, D3), drawing a blank only once in the previous 17! On the road, ‘Die Mannschaft’ saw their six-match unbeaten run come to a halt with a disastrous 6-0 reverse to Spain in the UEFA Nations League last time out (W5, D1). A 3-0 half-time deficit in Spain actually marked the first competitive away game in which Joachim Low’s men failed to shut out their hosts in the first half since a 3-0 defeat to the Netherlands in October 2018. It will be a daunting task for the visitors to keep a clean sheet here, knowing they have conceded at least once in each of their four H2Hs overall. 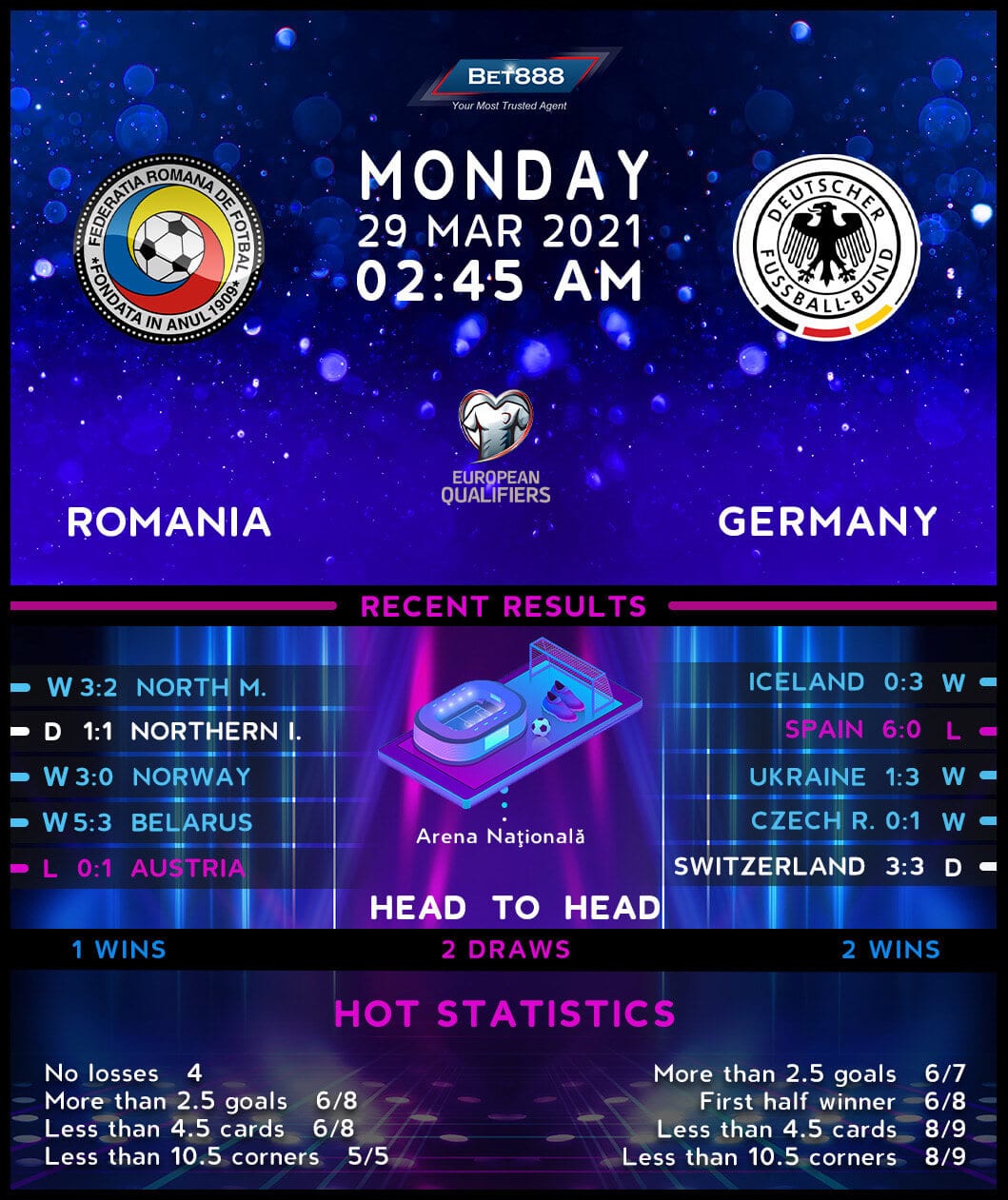