Bayer Leverkusen will be looking to avoid a DFB Pokal upset against Regionalliga West minnows Rot-Weiss Essen when the two teams meet at the Stadion Essen this midweek.

Currently competing in the German fourth-tier, Essen did manage to overcome two higher-division opponents en route to reaching the DFB Pokal Round of 16, going past Arminia Bielefeld 1-0 in the first cup round before defeating Fortuna Dusseldorf 2-1 last time out. Remarkably, Christian Neidhart’s men have not lost a single competitive match since the start of the season, boasting an impressive win-ratio of 75% (GP:23 – W18, D6). Warming up for this fixture, the hosts have won 12 consecutive home games in all competitions, scoring 2.75 goals on average per match in that run. What’s more, Essen have found the net in both halves in each of their last six competitive home outings, mustering a total of 21! Yet, the only match they’ve played against Bayer this millennium, they lost (1-0 in DFB Pokal in 2002).

Meanwhile, back-to-back 1-0 Bundesliga losses mean all four of Bayer’s last competitive games have been decided by a single-goal margin (W1, L3). In DFB Pokal alone, Leverkusen hammered lower-league side Norderstedt 7-0 in the first round before brushing Eintracht Frankfurt aside 4-1 last time out. However, ‘Die Werkself’ have experienced a dip in form lately, going from six consecutive away wins in all competitions to three defeats on the bounce, all of which came by a single-goal margin and saw the deciding goal arrive after half-time. Curiously, four of Leverkusen’s last six competitive fixtures have featured one or fewer first-half goals in matches garnering under 2.5 total goals, highlighting the potential for a low-scoring contest. 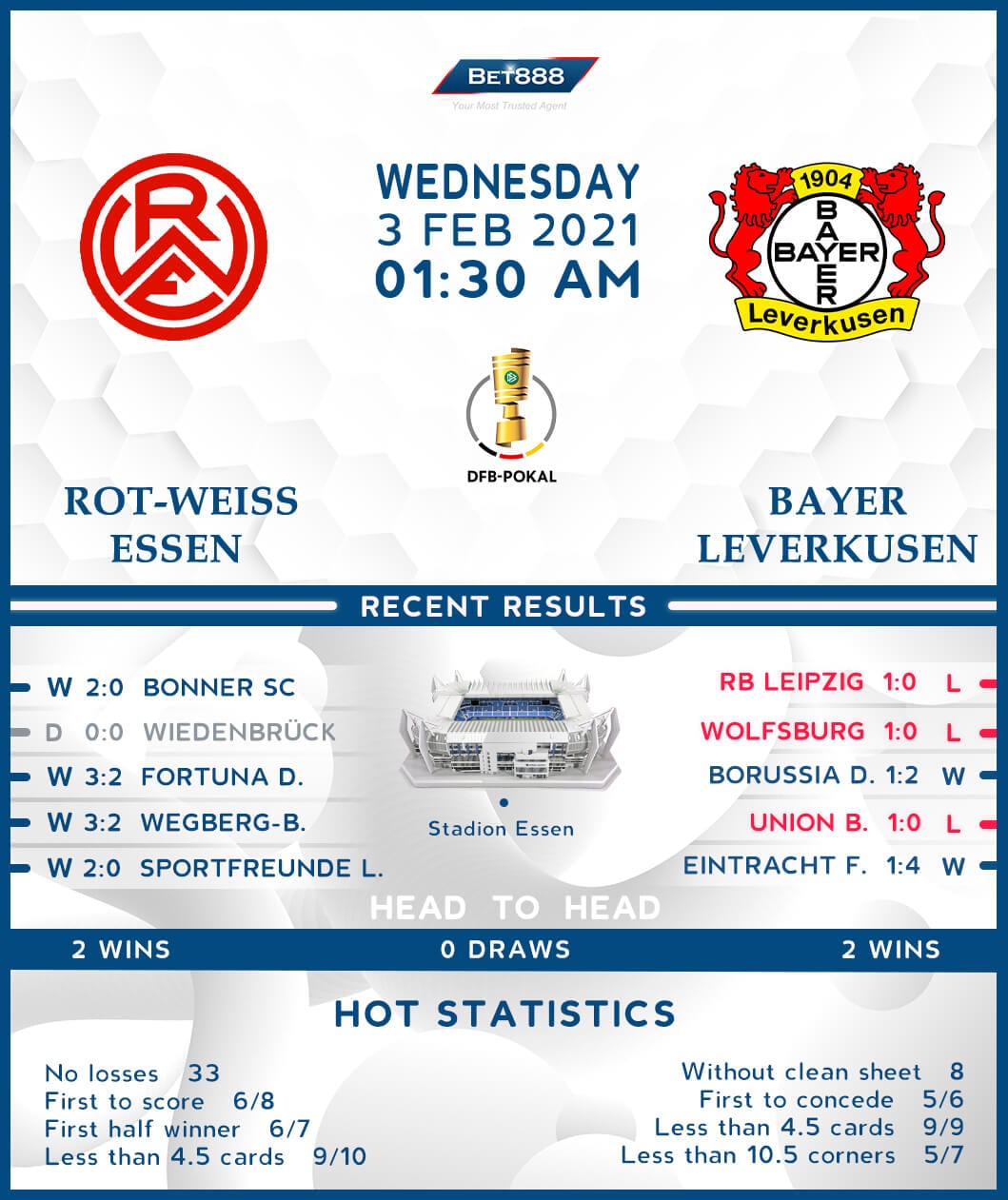