Russia’s preparations for the upcoming Euro finals continue at the VTB Arena as they entertain Bulgaria in an international friendly fixture.

The hosts have experienced a dip in form ahead of this meeting, going from back-to-back victories to two successive matches without winning (D1, L1), conceding the first-half opener on each occasion. High scoring has been a common theme in Russia’s recent games as five of the last six have produced over 2.5 total goals. Worryingly, though, after keeping back-to-back clean sheets in October and November 2020, the ‘Sbornaya’ have failed to register a shutout in their last six games in a row, conceding an average of 2.16 goals per match. Since losing 2-1 to Sweden in an international friendly in October, Stanislav Cherchesov’s men have gone unbeaten in their last three home fixtures on the bounce (W1, D2). Extending that run looks quite reasonable now, as they meet a side they’ve defeated in both of their previous H2Hs as hosts.

On the other hand, the Bulgarians have gone winless in their last six matches on the spin (D3, L3) since securing a comfortable 3-0 home win over minnows Gibraltar in November. A lack of firepower in the final third saw Bulgaria score under 1.5 goals five times during that six-game sequence, with two of their three strikes arriving in the opening 25 minutes of the second half. Topically, before playing out a 1-1 draw with Slovakia in their most recent road trip, Bulgaria had drawn a blank in five consecutive fixtures on foreign soil. Against this low-scoring backdrop, Yasen Petrov’s men have netted precisely twice in two of their last three meetings with Russia (D1, L2). 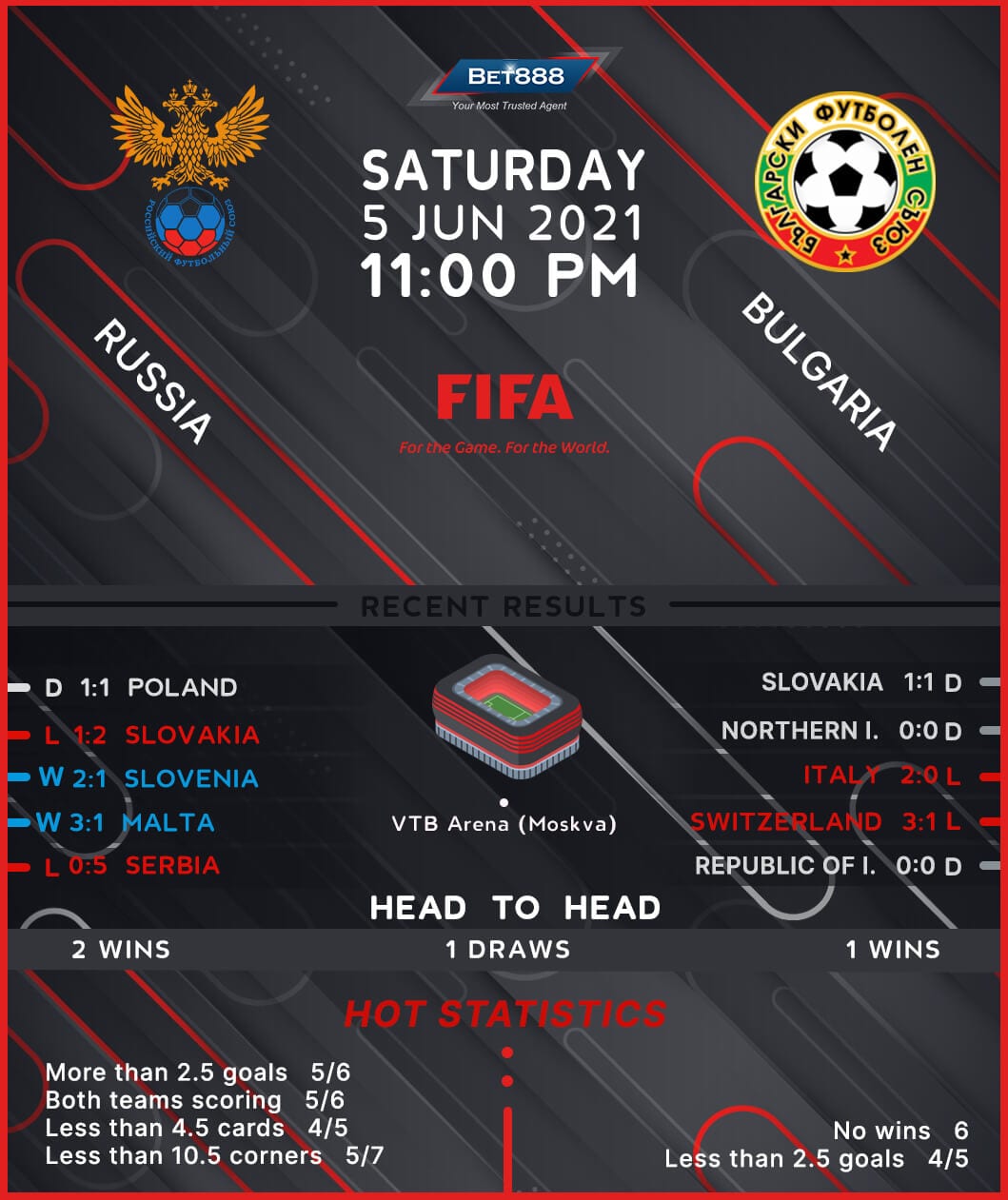