Russia and Denmark go head-to-head in a crunch Euro 2020 Group B meeting at Parken Stadium in Copenhagen.

Russia bounced back from a Matchday 1 thumping to Belgium (0-3), beating Finland 1-0 last time out to boost their hopes of qualifying for the knock-out stages. The ‘Sbornaya’ now entertain the prospect of winning back-to-back matches at the European Championships for the first time since racking up three straight victories at Euro 2008. In this case, though, a draw would be sufficient for Russia to secure a top-two finish in Group B as long as Finland fail to beat Belgium in the other encounter. Adding to their confidence, they have defeated Denmark 2-0 in their only previous international H2H. However, the Russians have a tendency to falter as the group progresses, as they’ve ended up on the losing side of their Matchday 3 fixtures three times in their last four appearances at a major tournament.

Denmark have lost both of their opening two group stage fixtures to Finland and Belgium by a single-goal margin, even holding a half-time lead against the latter. The Danes have previously lost all three group stage matches at the European Championships twice, last doing so at Euro 2020. Kasper Hjumland’s men have scored just once in Group B so far despite producing a staggering 43 attempts on goal, while they conceded three times for just seven shots towards Kasper Schmeichel’s door. Particularly vulnerable after half-time, they have registered nine of their last ten goals conceded in all competitions in the second half of play. However, solid first-half performers, Denmark haven’t trailed at the interval in 14 consecutive international games (HT: W8, D6), with four of their last five Matchday 3 group stage matches at the European Championships yielding a half-time draw. 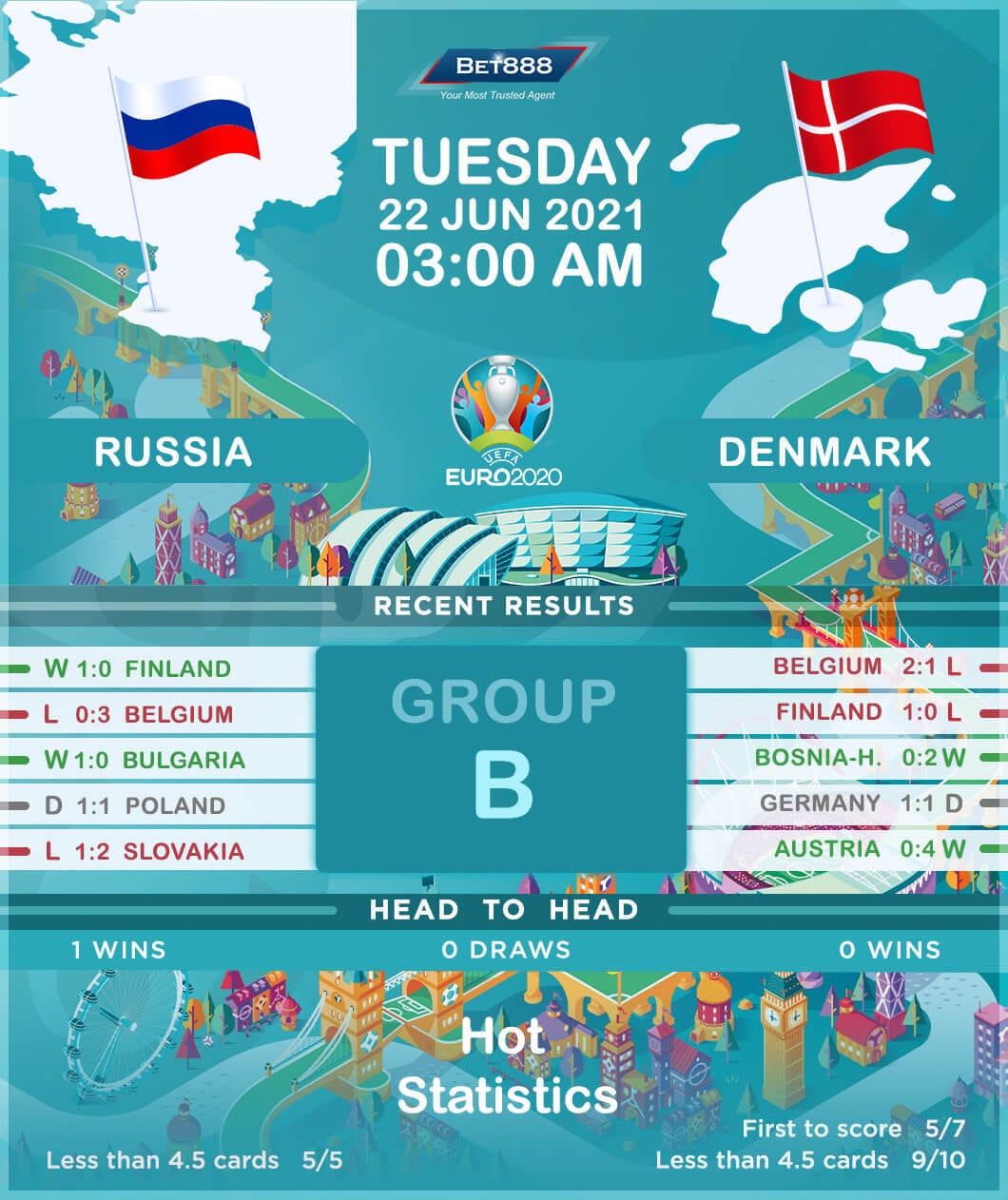