Russia and Slovenia will face-off against each other at the Fisht Olympic Stadium in a crunch World Cup Qualifying encounter to determine the leader in Group H.

Russia cruised past out-of-sorts Malta in their Group H opener, securing a 3-1 away win to snap their six-match winless run overall (D3, L3). The Russians have been an entertaining team to watch lately, as nine of their last 12 international games have featured goals in both halves. Interestingly, the ‘Sbornaya’ have never lost more than one home match per World Cup Qualifying campaign since the collapse of the Soviet Union in 1991 (W24, D6). However, the last time they were paired against Slovenia in the World Cup qualifiers, it didn’t turn out well for them, as they crumbled in the two-legged play-offs that kept them away from the FIFA World Cup 2010. Seeking revenge, Stanislav Cherchesov’s men can draw confidence from their three-game unbeaten run in competitive fixtures on home soil (W1, D2) and from the fact they last conceded over 1.5 goals per competitive home match in November 2019.

As for Slovenia, they managed to overcome FIFA World Cup 2018 runners-up Croatia 1-0 in their group curtain-raiser, taking their unbeaten tally to nine consecutive games (W6, D3). Matjaž Kek has based his team’s recent success on an air-tight backline that has now kept a clean sheet in eight of the last nine fixtures overall. Indeed, they kept their hosts at bay in all three UEFA Nations League trips in 2020 (W2, D1), which comes as a boost knowing they have failed to score in three consecutive away World Cup Qualifying outings (L3). Against this backdrop, the visitors have found the net in both previous visits to Russia but only after falling behind first (D1, L1). Curiously, the Slovenians tend to thrive in tight affairs, as evidenced by the fact that six of their previous seven international successes have come by a single-goal margin. 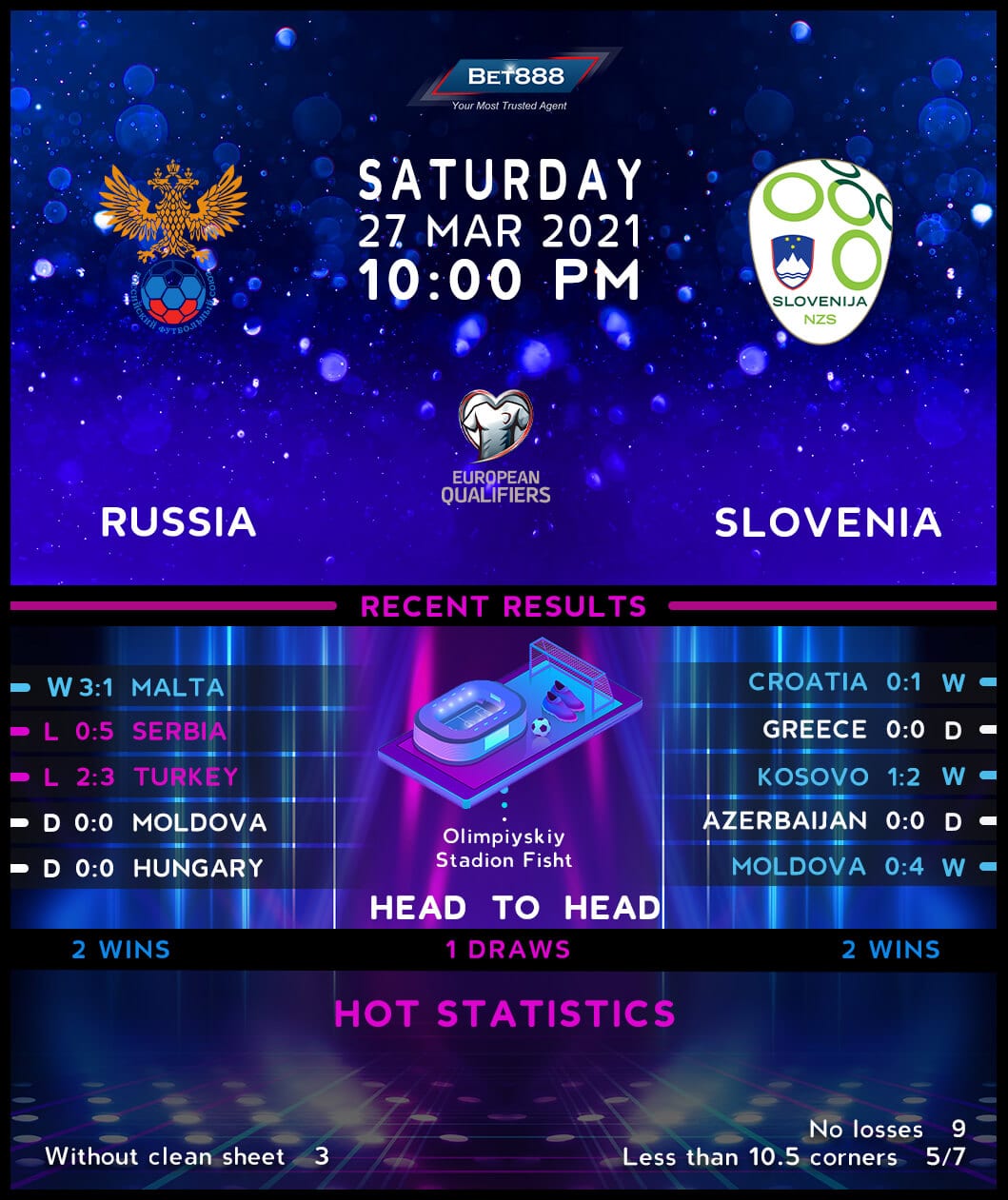