Sagan Tosu’s Group A campaign started with a whimper rather than a bang, with Kim Myung-hwi’s men succumbing to a dismal 3-0 defeat at Kashima Antlers in their group opener. That seems to have been a wake-up call for Tosu, as they’ve since gone unbeaten in five competitive matches in a row (W3, D2), keeping a clean sheet on each occasion. Additionally, the hosts have only lost once in their previous nine home games in any competition (W3, D5, L1), registering a shutout in each of the last four. At the other end of the pitch, Sagan had netted over 1.5 goals in four consecutive home fixtures before being held to a goalless draw to Avispa Fukuoka last time out. Worryingly, though, they have failed to beat Sapporo in any of their eight previous competitive H2Hs (D1, L7).

Meanwhile, the visitors got off to a flying Levain Cup start, having claimed a 3-2 away win at Avispa Fukuoka to kick-start their Group A campaign. However, they have collapsed since then, going winless in their subsequent four outings overall (D1, L3), with each match in that four-game sequence seeing the sides separated at full-time by under 1.5 goals. Away from home, Mihailo Petrovic’s men have failed to win any of their last three competitive fixtures (D1, L2), drawing a blank on two occasions, with their lone strike in that spread of games coming from the spot. The ‘Consa’ will have to avoid conceding first to optimize their chances of winning, as they’ve lost both away matches in which they fell behind this season. 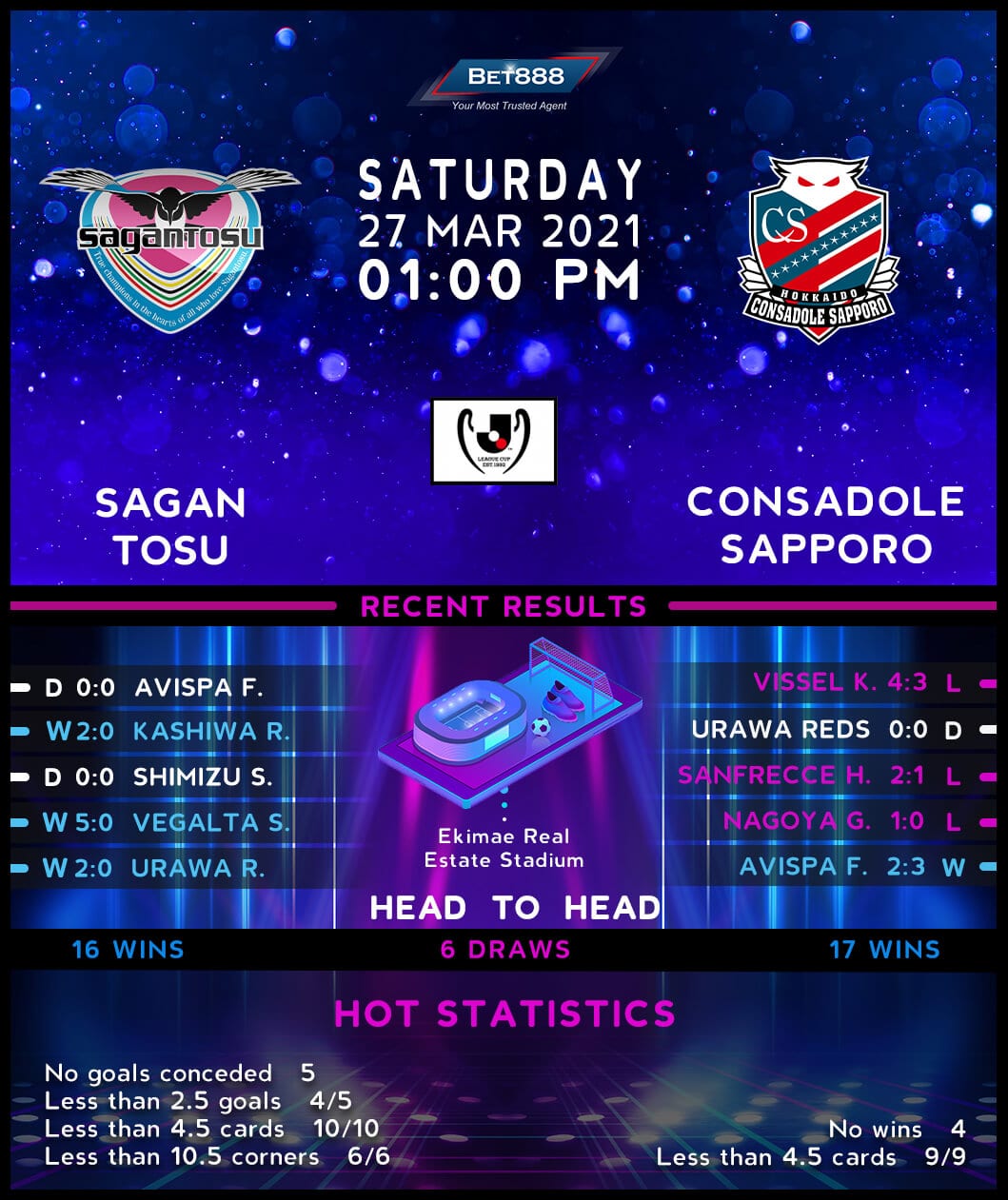