The weekend’s Ligue 1 action gets underway at the Stade Geoffroy-Guichard as Saint-Etienne meet Monaco in an exciting match-up.

Form has been indifferent for St Etienne in the last five Ligue 1 matches (W2, D1, L2), with each of the previous four seeing the sides separated at full-time by under 1.5 goals. At home, ‘Les Verts’ have only picked up one victory in their last 12 Ligue 1 fixtures (D6, L5), frustratingly netting under 1.5 goals on ten occasions in that spread of games. Cagey entries have seen the home side get on the scoresheet inside the first 15 minutes of play in only two of their 14 Ligue 1 matches at the Stade Geoffroy-Guichard this term. Worryingly, a lack of ability to grind out a result after falling behind has seen Claude Puel’s men fail to win any of the seven home league games in which they conceded first this season (D2, L5).

Meanwhile, a goalless home draw with Lille last time out saw Monaco draw a blank in back-to-back Ligue 1 outings after notching up 2+ goals in 11 consecutive league games beforehand. A drop-off in form has seen the visitors fall four points behind third-placed Olympique Lyonnais and can ill-afford to lose more ground on Rudi Garcia’s side. As ever, starting well will be a priority, as ‘Los Monégasques’ have successfully negotiated 92.31% of the Ligue 1 fixtures in which they were leading at half-time this season (GP:13 – W12, L1). Nonetheless, it will be a daunting task for Monaco to claim all three points here, as they only won one of their last 11 top-flight trips to St Etienne (D4, L6), drawing a blank in 54.55% of those encounters. 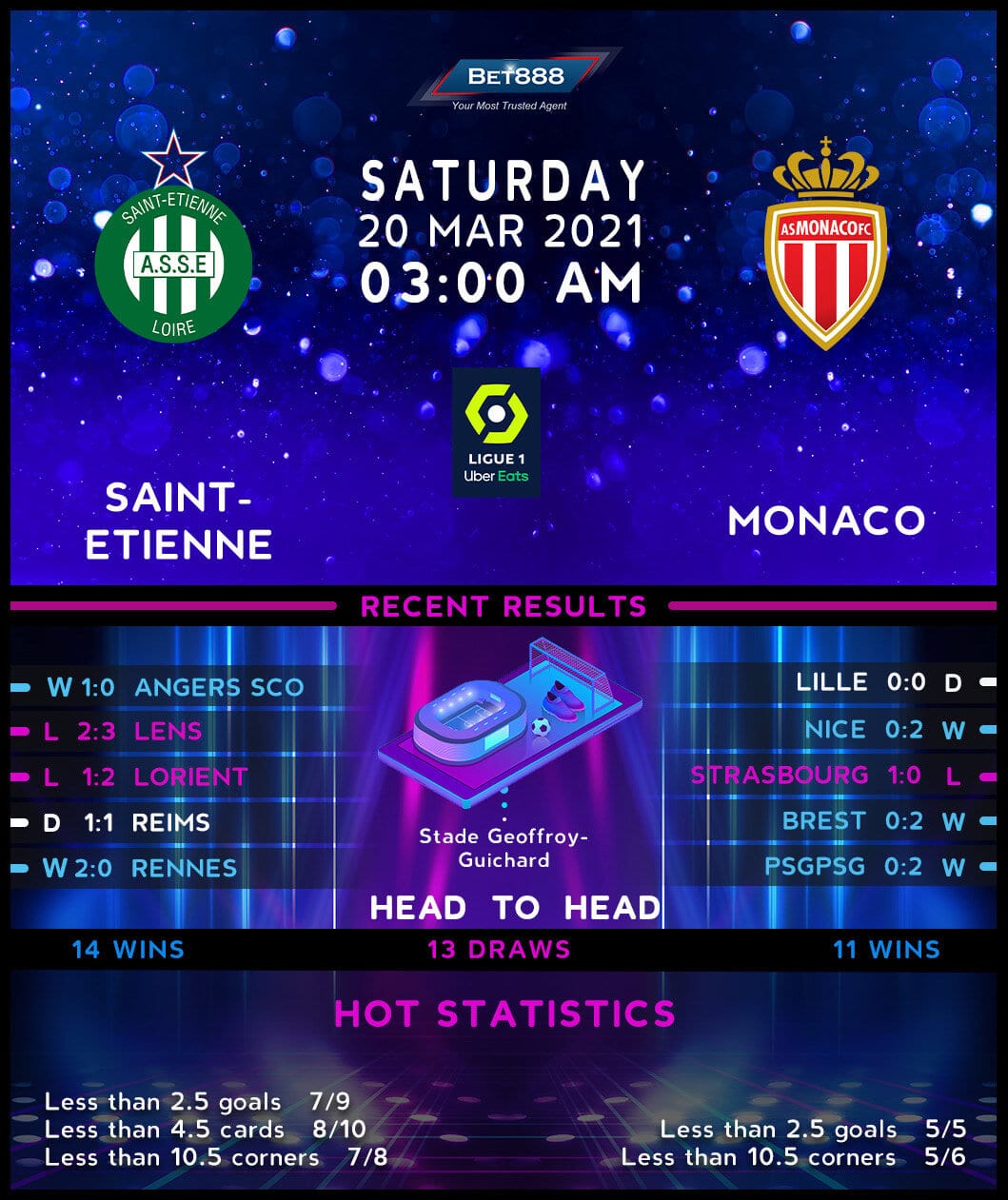