Out-of-sorts Saint-Etienne will be hoping to halt a two-game losing Ligue 1 run against Olympique Lyonnais when the two teams meet at the Stade Geoffroy-Guichard.

St Etienne are sinking without a trace despite a promising start to the season, as they’ve failed to win 16 of their previous 17 Ligue 1 fixtures (D7, L9), including the last five (D2, L3). Having that said, ‘Les Verts’ enter this round harboring a four-point lead over relegation-threatened Nimes. Despite the ongoing crisis, they have been a fun team to watch lately, as four of their last six Ligue 1 games have seen over 2.5 goals and both teams on the scoresheet. Worryingly, Claude Puel’s men have developed a habit of falling behind without recovering, rescuing the points in just one of the nine league matches in which they conceded the first goal (D1, L8). Additionally, St Etienne often lose momentum in the later stages of play, as evidenced by the fact that they’ve scored beyond the 75th minute only once in 20 Ligue 1 outings this season.

On the other hand, a dismal 1-0 home defeat to Metz last time out saw Lyon’s impressive 16-game unbeaten Ligue 1 streak come to an end (W10, D6). However, ‘Les Gones’ are unbeaten in eight away league matches in a row (W5, D3) since losing 2-1 to Montpellier in mid-September, finding the opening goal on six of those occasions. Scoring the opener could be a factor here, as Rudi Garcia’s men have not won any of their four away Ligue 1 fixtures in which they conceded first (D3, L1). However, it’s worth noting that Lyon (21) have netted more first-half goals in Ligue 1 than any other side this season despite getting on the scoresheet inside the opening 15 minutes of play in just three of their 20 league games thus far. 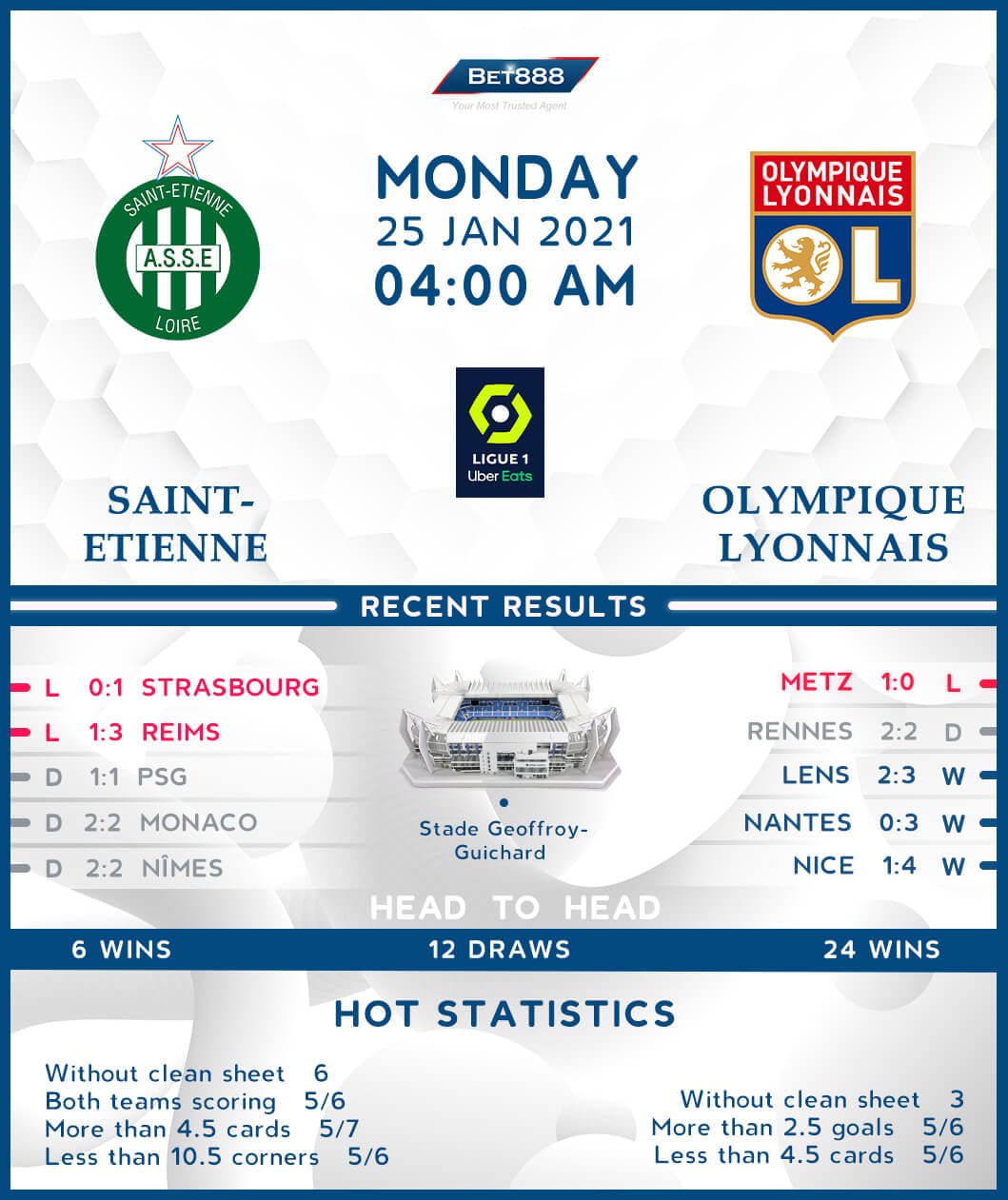