Red Bull Salzburg and Dinamo Zagreb are set to square off in a high-stakes Champions League Group E showdown at the Red Bull Arena.

Despite drawing their opening two Group E matches by an identical 1-1 scoreline, Salzburg could seize the top stop in the section should they beat Zagreb and AC Milan collapse at Chelsea. Widely expected to bid the Champions League farewell during the group stage, the perennial Austrian champions could still defy the odds and claim their second straight berth in the competition’s knockouts. Extending a five-match unbeaten home streak in the Champions League (W3, D2) would be the first step toward that goal, and there’s a fair probability they’ll achieve that. Indeed, ‘Die Roten Bullen’ have won both previous meetings with Zagreb in the competition via an aggregate score of 9-3, bagging 4+ goals on each occasion. But after winning their first four competitive home outings this season, Matthias Jaissle’s men have drawn the last three.

In the meantime, visiting Dinamo Zagreb enjoyed a stellar Group E start, defeating Chelsea 1-0 at home but then slumped to a 3-1 defeat at Milan on matchday two. Zagreb’s collapse at the San Siro was no major surprise, considering they’ve not won an away match in the Champions League since 1998, going winless on 19 consecutive travels in the competition since (D3, L16). What’s more, you’d have to go back to 1999 for Zagreb’s last Champions League clean sheet on foreign soil, with the ‘Blues’ conceding an average of 2.9 goals per game across their 18 competition trips since. Yet after registering four wins in their last five away fixtures across all competitions (L1), Ante Cacic’s men may believe their time has come. 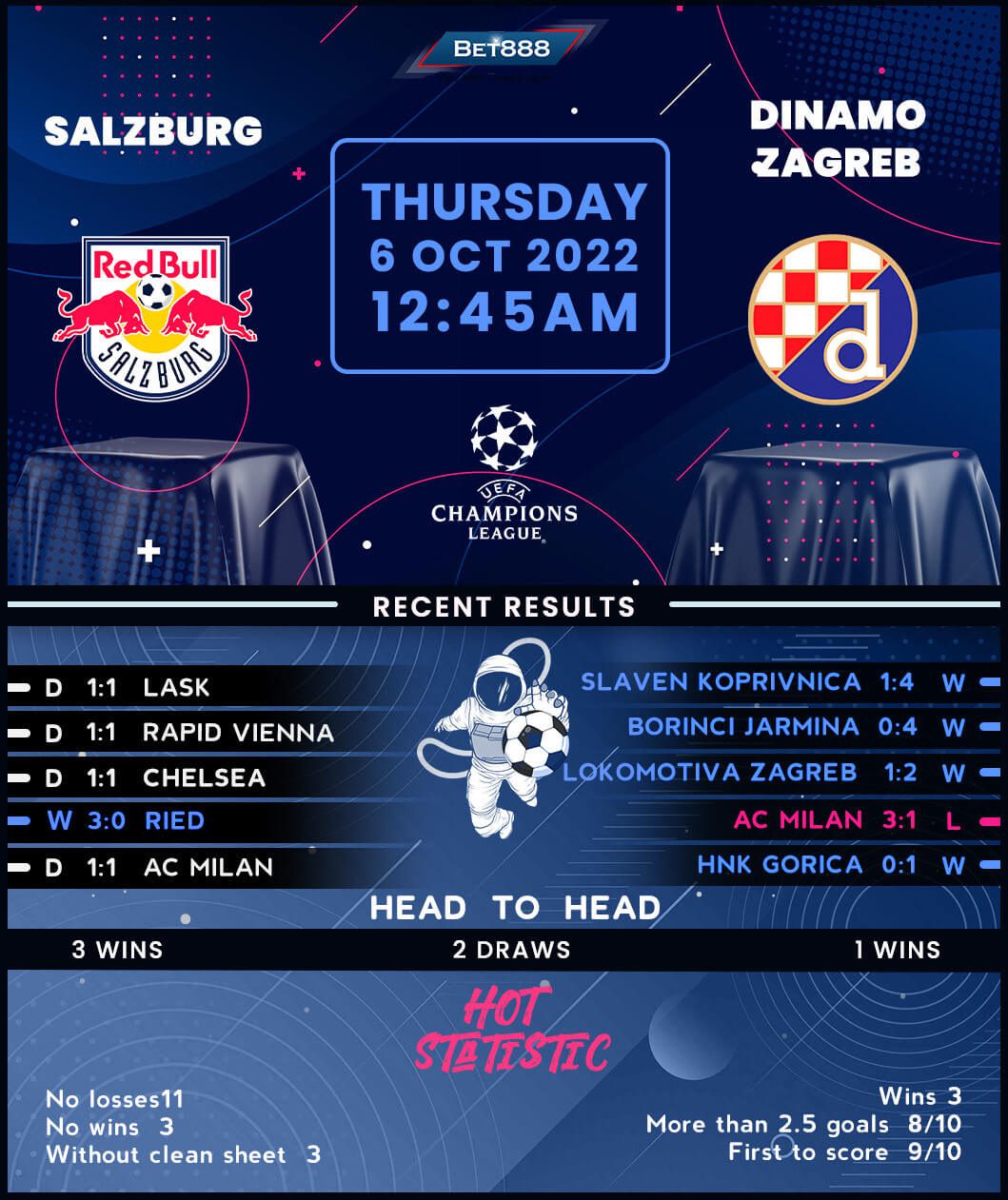