After securing a berth in the Europa League knock-out stage, AC Milan head to the Stadio Luigi Ferraris to take on Sampdoria, looking to maintain their outstanding Serie A campaign.

The hosts have suffered a notable dip in form, going from three Serie A victories in a row to four consecutive league games without a win (D2, L2). Also, Sampdoria have won only one of their opening four Serie A home matches (D1, L2) despite getting on the scoresheet first in each of those outings. Delivering action from the get-go, ‘La Samp’ saw each of those four Serie A home fixtures produce over 1.5 first-half goals, which has not been the case in any of their five previous top-flight H2Hs held at this venue. Four of Sampdoria’s last six Serie A goals scored have come in the second half of play, hence it’s not surprising that they have failed to win the first half in any of their last four league games (HT: D3, L1).

Meanwhile, it’s been one hell of a season for Milan so far, as they head into this clash sitting atop of the Serie A table as one of two sides yet to taste defeat this term (W7, D2). Although only Inter (23) have scored more Serie A goals than Milan (21) this season, the ‘Rossoneri’ are the only team in the Italian top-flight to net over 1.5 goals in each of their opening nine league outings. Furthermore, Stefano Pioli’s men boast a 100% away record in Serie A (W4) and are the only side to score a first-half opener in each of their four league trips. Indeed, strong first-half performers, the current league toppers were leading at half-time in every away Serie A game so far this season. But, the Milanese giants have endured mixed fortunes in their last five top-flight trips to Sampdoria (W3, L2), with four of those five results (win/loss) seeing the victor keep a clean sheet. 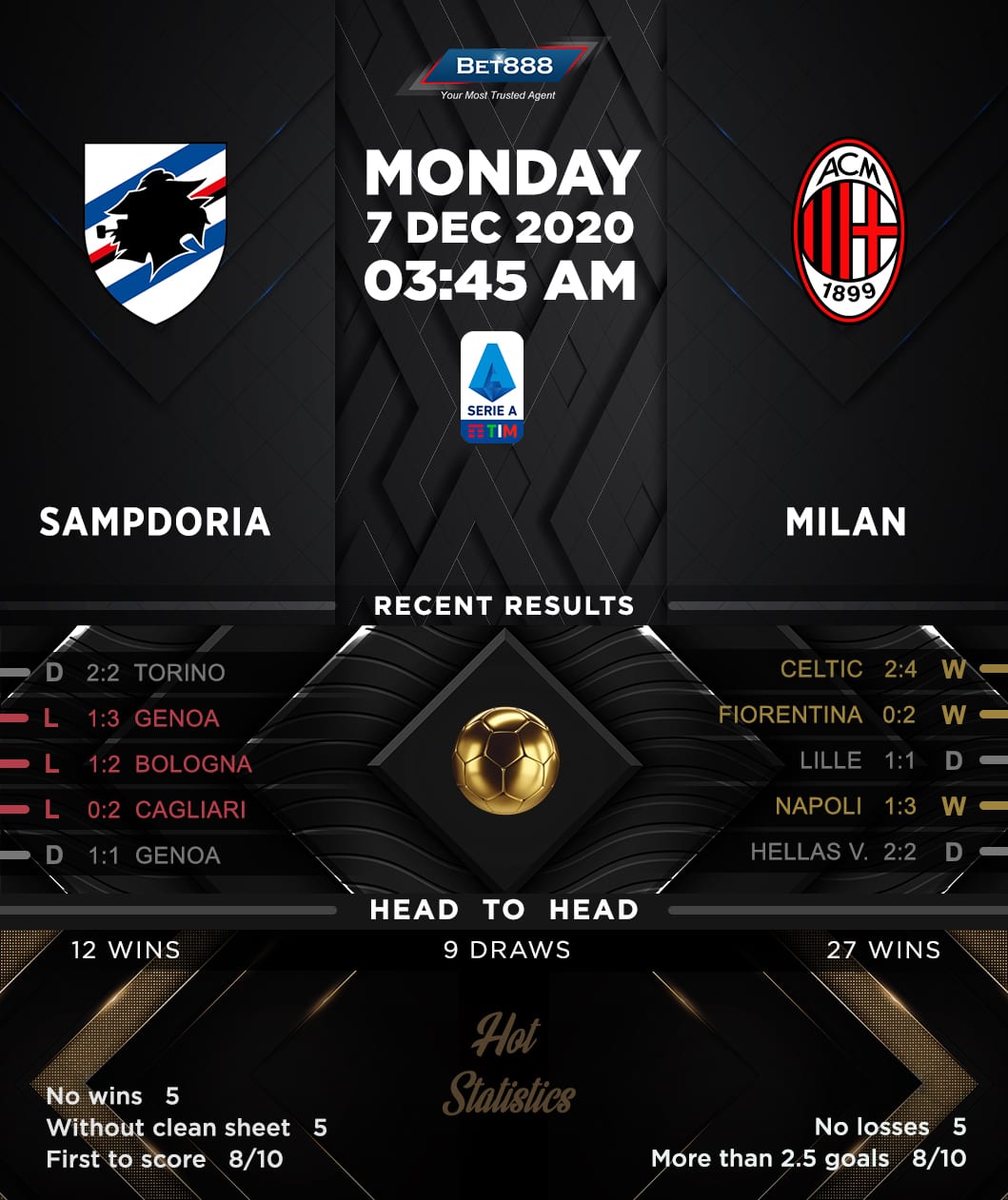