Sampdoria and Fiorentina go head-to-head at the Stadio Luigi Ferraris in a mid-table Serie A clash.

A 1-1 away draw at Benevento last time out was Sampdoria’s first stalemate in Serie A since November 2020, ending a run of 11 league matches without a draw (W5, L6). High scoring has been a theme for ‘I Blucerchiati’ lately, as ten of their last 14 Serie A fixtures have seen over 2.5 goals and both teams on the scoresheet, with 50% of those games yielding the identical 2-1 scoreline. Another ‘goal-friendly’ contest is well on the cards, given Luigi Ferraris has witnessed an average of 3.30 goals per Serie A match this season, with the last four top-flight meetings between Sampdoria and Fiorentina held at this venue averaging 4.00 goals per game. A potential worry for Claudio Ranieri’s side is that they’ve won only two of their last eight Serie A matches against Fiorentina at home (D3, L3).

Meanwhile, the visitors have failed to win three of their last four Serie A fixtures (D1, L2), with both of their defeats in that sequence seeing ‘La Viola’ draw a blank and concede 2+ goals. Worryingly, Fiorentina’s win-ratio of only 10% recorded away from home is one of the league’s worst this season (GP:10 – W1, D3, L6), with Cesare Prandelli’s men scoring a miserly average of 0.77 goals across the road matches they’ve failed to win. At the other of the pitch, ‘I Gigliati’ have conceded over 1.5 goals in four of their last six top-flight trips (W1, D1, L4). Interestingly, though, six of Fiorentina’s ten away Serie A games this term have seen at least one goal within 15 minutes of play, highlighting the potential for plenty of early action. 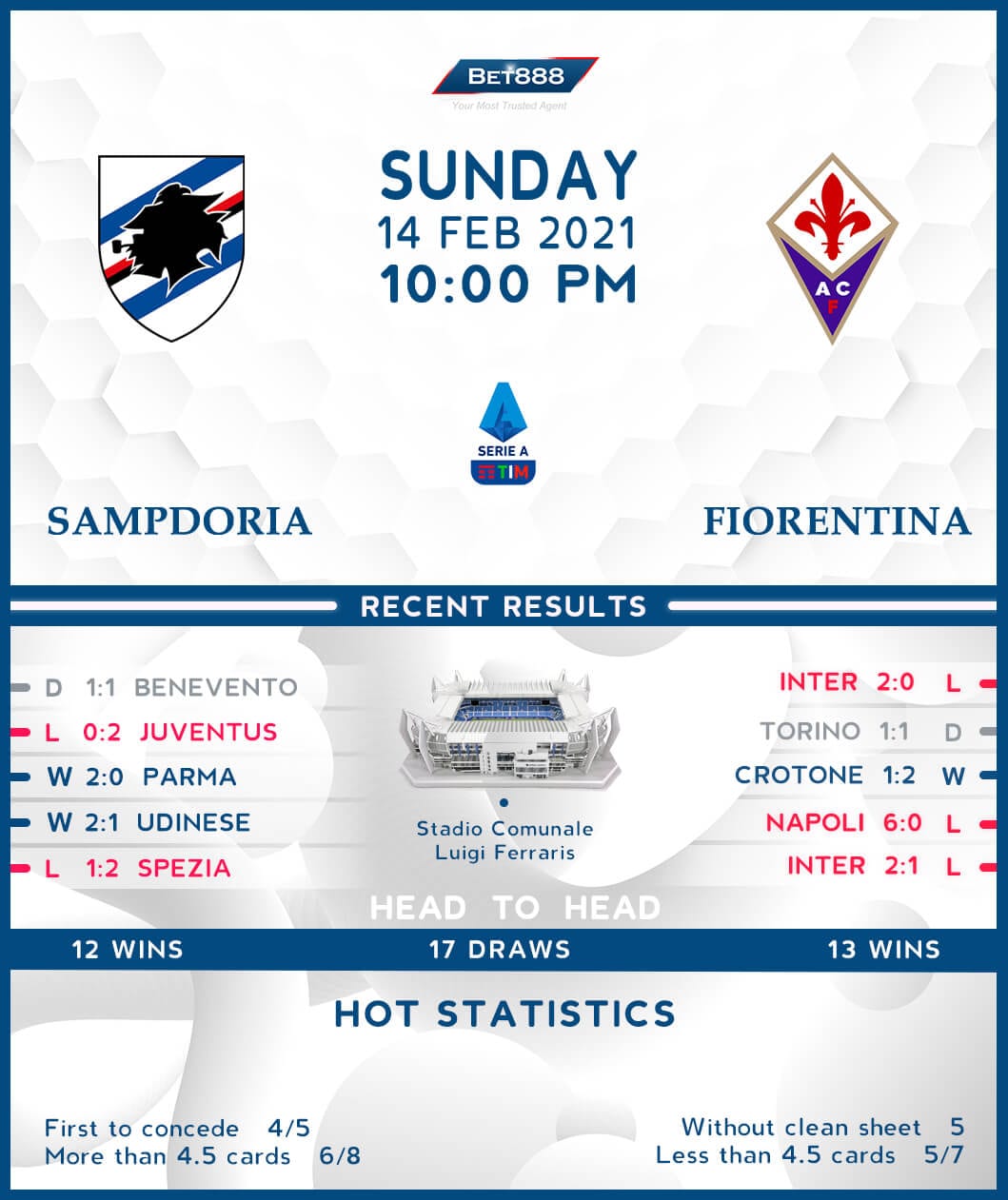