Sampdoria and Genoa go head-to-head at the Stadio Luigi Ferraris in an all-Genoa Coppa Italia match-up.

Sampdoria overcame lower-league outfit Salernitana 1-0 in the previous round to set up only their second Coppa Italia clash against city rivals this millennium (W1). However, things have gone south for ‘I Blucerchiati’ since that win over Salernitana, as they’ve gone winless in three consecutive matches since that triumph (D1, L2). Furthermore, ‘La Samp’ have picked up just one victory in their four previous H2Hs as hosts (D2, L1), with three of those clashes featuring under 2.5 total goals. Claudio Ranieri’s men have been struggling in front of goal lately, netting under 1.5 goals in each of their last four competitive outings. Still, the hosts must be confident of scoring here after finding the net in all but one of their 15 competitive home matches this calendar year, including the last 13.

Meanwhile, Genoa began their Coppa Italia journey with a 2-1 home win over Serie C side Catanzaro but have not tasted victory since then (D1, L3). A genuine lack of firepower up front has seen the ‘Il Grifone’ draw a blank in four of their last seven matches against top-flight adversaries and score precisely once per game in the other three! Away from home, Ronaldo Maran’s men have yet to win this season (D2, L2), failing to find the back of the net in three of their four competitive road trips. Scoring could be an issue here, as evidenced by the fact Genoa have failed to score in two of their last four competitive trips to Sampdoria, though scoring over 1.5 goals in one of the remaining two. 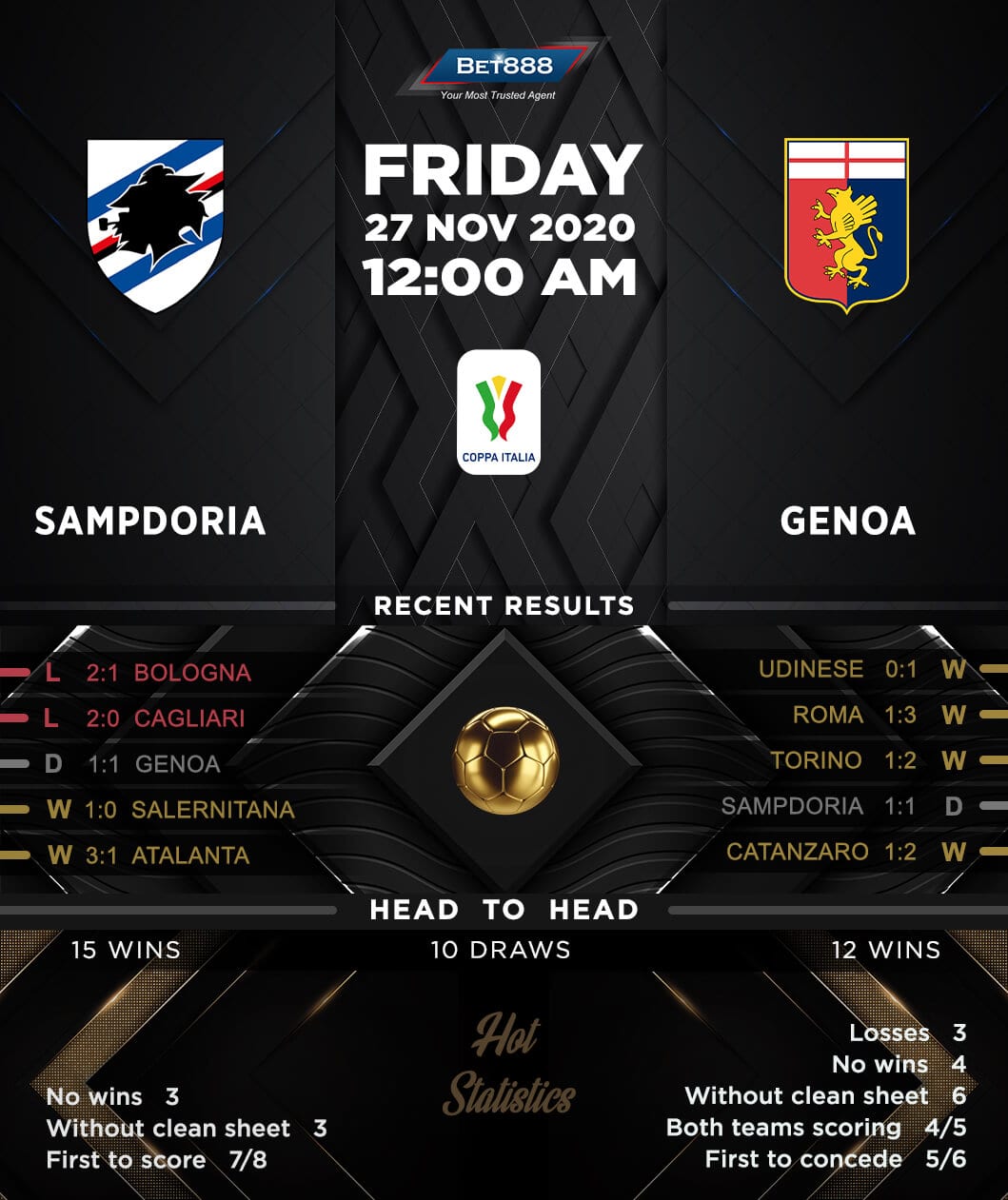