Hellas Verona will be desperate to halt a two-game losing Serie A streak against Sampdoria when the two teams lock horns at the Stadio Luigi Ferraris this weekend.

Sampdoria’s Serie A wobble in 2021 continued with a 2-0 home loss to Napoli last weekend, as they’ve now won just five of their 16 league games since the turn of the year (D4, L7), and only one of the last eight (D3, L4). On the bright side, ‘La Samp’ have successfully negotiated seven of their previous ten top-flight meetings with Hellas Verona (W7, D2, L1), including the last two under current boss Claudio Ranieri. Curiously, both of the abovementioned H2H successes yielded the identical 2-1 scoreline, which has been the case in three of Sampdoria’s four home Serie A wins this calendar year. Against this backdrop, four of Sampdoria’s last five home league results (win/loss) have seen the winner on the day keep a clean sheet (W2, L3), with each defeat in that sequence coming by a 2-0 scoreline.

In the meantime, Sergej Milinkovic-Savic’s 92nd-minute header propelled Lazio to a 1-0 win at Hellas Verona last time out, inflicting the fourth defeat on ‘I Gialloblu’ in five Serie A fixtures (W1). The ‘clean-sheet’ theme has highlighted Verona’s recent Serie A games as five of the last six have seen the victor register a shutout. ‘I Mastini’ will now be looking to break their Ferraris hoodoo, having failed to win any of their last 12 Serie A trips to this venue against both Genoa and Sampdoria (D3, L9). To boost their chances of achieving that, Hellas will have to avoid conceding the opener, as they’ve lost all five away Serie A matches in which they fell behind this season. Having that said, Ivan Juric’s men have got on the scoresheet first in three of their last four league trips, going on to win twice (D1). 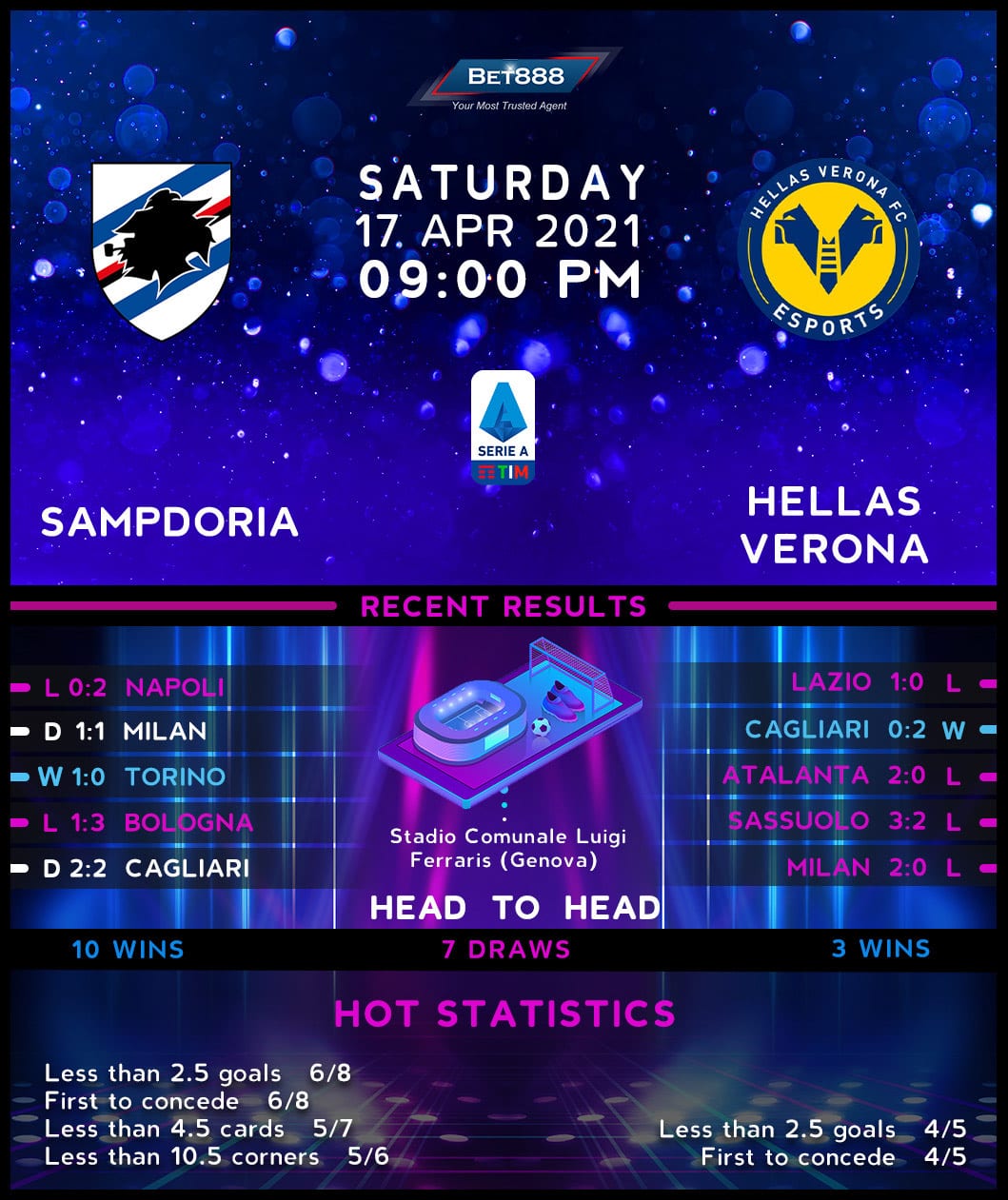