High-flying Juventus head to the Stadio Luigi Ferraris to take on a Sampdoria side they’ve outscored in both of their previous Serie A meetings.

A 2-0 away win at Parma last time out means that none of Sampdoria’s previous ten Serie A fixtures have ended in a draw (W5, L5). Curiously, nine of the ten matches won/lost in that abovementioned run of games have seen the victor score 2+ goals, with six of them yielding the identical 2-1 scoreline. What’s more, none of the last 12 Serie A meetings between Sampdoria and Juventus have ended level (W2, L10), with 58.33% of those wins/losses seeing the winner on the day keep a clean sheet. High scoring has been a theme at Luigi Ferraris lately, as each of the last seven competitive matches here has seen over 2.5 goals and both teams on the scoresheet.
Meanwhile, Juventus have claimed three multi-goal wins ‘to nil’ in a row since losing 2-0 away at Internazionale a fortnight ago, scoring at least once beyond the hour mark on each occasion. Before losing at Inter, the reigning Italian champions had scored 3+ goals in three consecutive Serie A trips, netting over 1.5 second-half goals in each. Late action has highlighted Juve’s away league games this season, as five of the nine have featured a goal inside the final 15 minutes of play. Quick-start Juventus have found the opening goal in the division third-high 66.67% of their Serie A matches this term. Moreover, ‘I Bianconeri’ have rarely been knocked off their perch after winning the first half this season, winning five of the seven Serie A fixtures in which they were leading at half-time (D2). 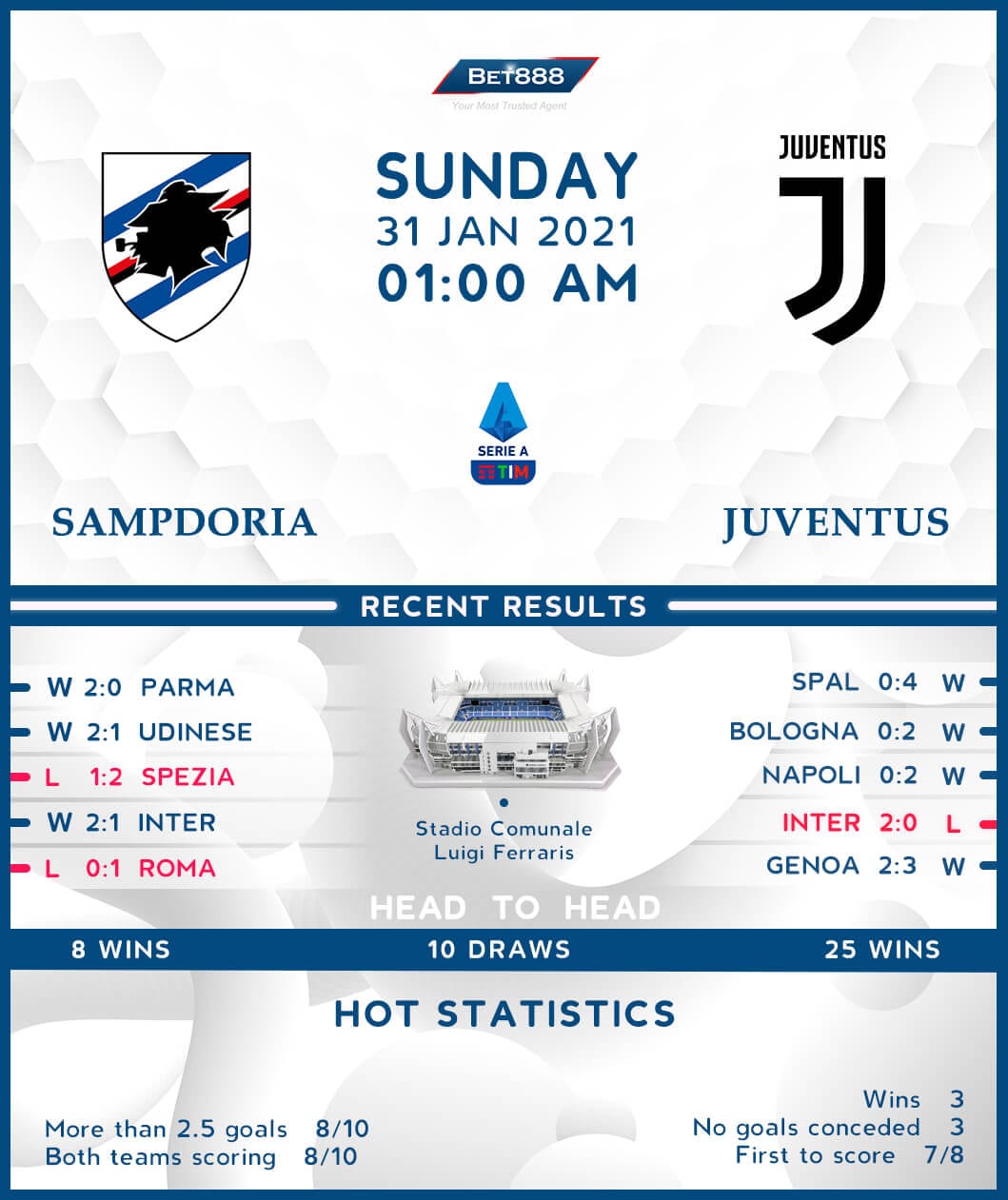