Stadio Luigi Ferraris is the venue as Sampdoria and Napoli go head-to-head in an exciting Serie A showdown.

Sampdoria failed to preserve a second-half lead against AC Milan last time out (1-1 draw), which means they have now won just once in their last seven Serie A outings (D3, L3), netting under 1.5 goals five times in the process. Curiously, though, ‘La Samp’ have drawn just one of their previous 11 league matches on home turf (W5, L5), with 50% of the games won/lost in that sequence yielding the identical 2-1 scoreline. A stalemate seems to be an unlikely outcome here, given that one of the last nine top-flight meetings between Sampdoria and Napoli at the Ferraris has ended level (W1, L7). Surrendering the half-time lead to their opposition will put the hosts in an awkward spot, knowing they have lost 77.78% of the Serie A fixtures in which they were trailing at the break this term (GP9 – D2, L7).

On the other hand, a 2-1 away loss to Juventus in midweek put an end to Napoli’s six-game unbeaten streak in Serie A (W5, D1) and marked the second consecutive league fixture in which they conceded over 1.5 goals. Having scored in 17 Serie A matches on the trot, ‘I Partenopei’ can now equal their longest such run if they find the net against a side they’ve put 2+ goals past in each of their last four top-flight H2Hs. Indeed, Gennaro Gattuso’s men have been ruthless against Sampdoria in recent times, notably winning nine of their previous ten Serie A meetings (L1) and averaging 2.6 goals scored per match. A half-time advantage would put Napoli in a prime position to claim all three points as they boast a 100% win rate across the Serie A games in which they were leading at the interval this season (W13). 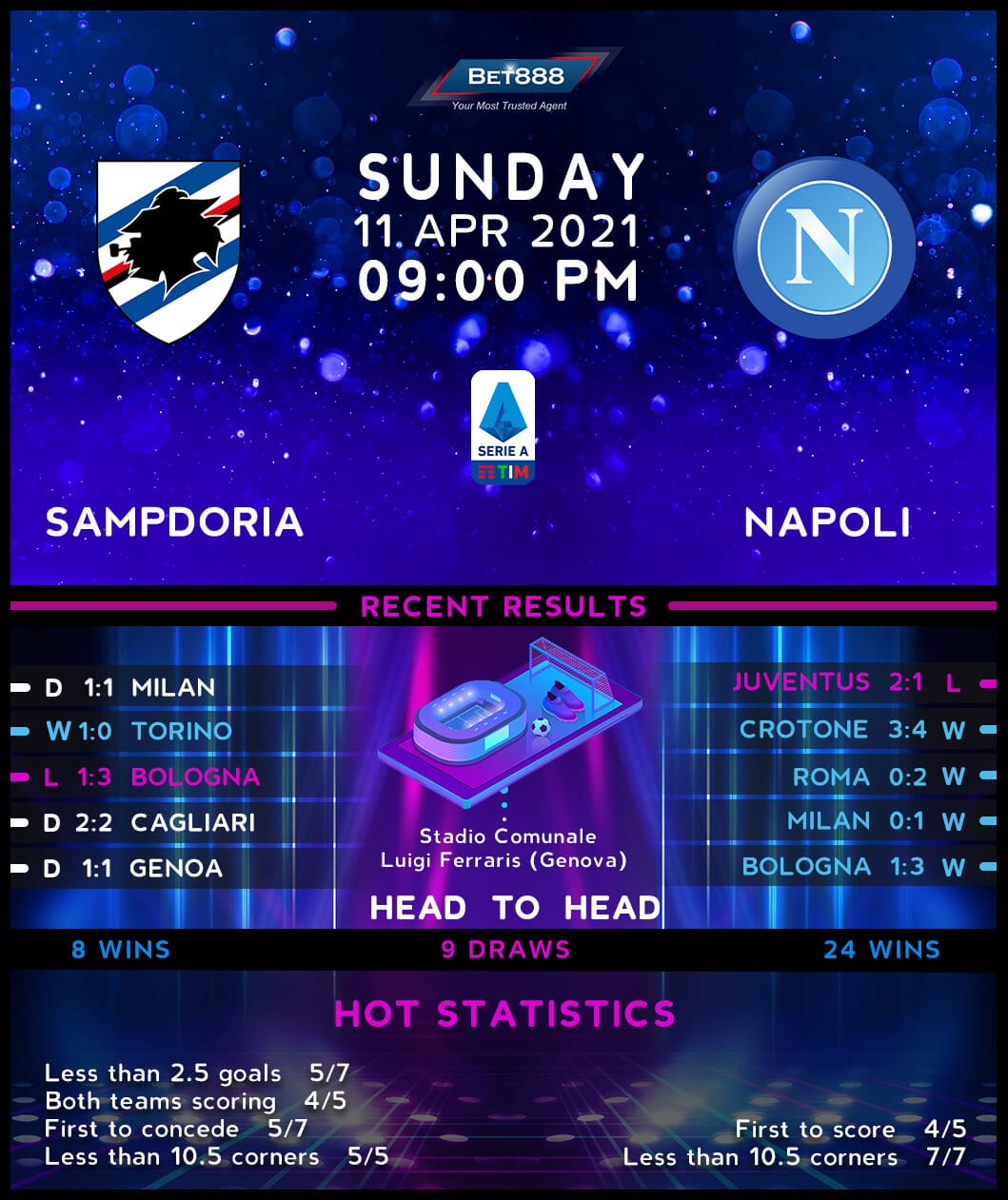