The two out-of-form Serie A sides will lock horns at the Stadio Luigi Ferraris as Sampdoria meet Roma.

None of Sampdoria’s last four Serie A games has ended level (W2, L2) since a 1-1 draw at AC Milan on Matchday 29, with three of the four results (win/loss) in this sequence seeing the winner on the day preserve a clean sheet. However, ‘I Blucerchiati’ have lost four of their last five Serie A matches against Roma (D1), as many defeats as they had in their previous 12 H2Hs in the competition. Furthermore, Sampdoria have drawn a blank in three of their last four league meetings with this opposition, scoring a consolation goal in a 2-1 loss at the Stadio Olimpico in June 2020. Claudio Ranieri’s men have struggled to cope with the division best sides this season, having lost seven of their last eight home Serie A games versus teams starting the day in the top-seven in the standings (W1).

In the meantime, Roma are desperate to bounce back from a 6-2 humiliation to Manchester United in the first leg of their UEFA Europa League semi-final ties in midweek. Additionally, the visitors are winless in their last three Serie A matches (D1, L2), conceding precisely three goals in each defeat in this run. Roma’s defensive frailties have seen them let in 2+ goals in four consecutive league trips ahead of the kick-off at an average of 2.5 per game. On the bright side, though, ‘I Giallorossi’ haven’t lost any of their last seven top-flight fixtures at Ferraris (W4, D3). Delivering action from the get-go, Paulo Fonseca’s men have netted a league-high 22 goals within the first 30 minutes of play this season, which accounts for 37.93% of their total Serie A goals scored this campaign (58). 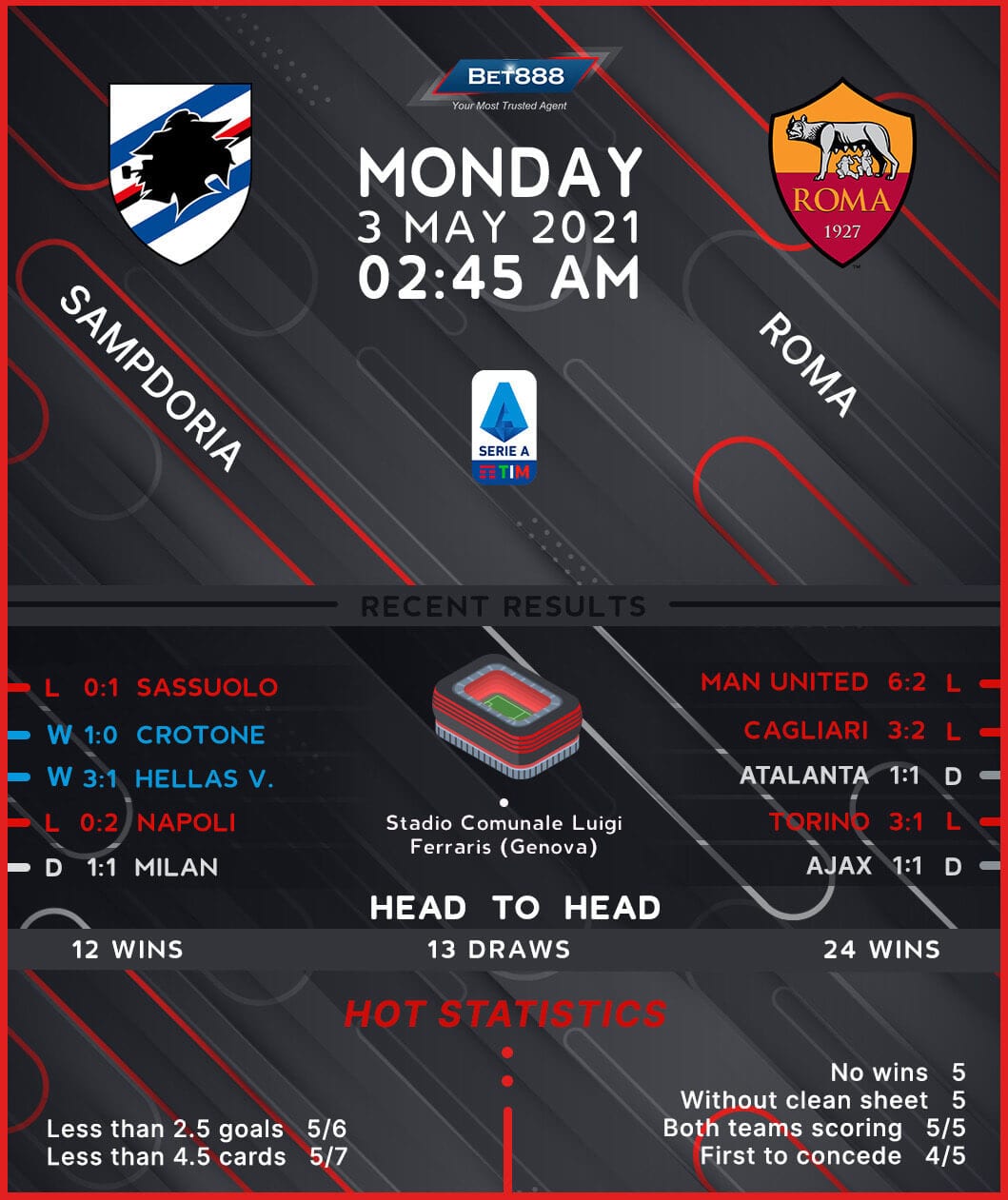