Sampdoria will be looking to claim their fourth successive Serie A win over Udinese when the two teams meet at the Stadio Luigi Ferraris this weekend.

None of Sampdoria’s last eight Serie A matches have ended in a draw (W3, L5), with 87.5% of them yielding a narrow one-goal margin and five seeing the identical 2-1 scoreline. However, ‘La Samp’ may want to avoid conceding the opening goal here given their inability to bounce back. They have lost six of the seven Serie A fixtures in which they let in the opener (D1), including both such contests at home. To do that, Claudio Ranieri will have to improve defensively after failing to keep a clean sheet in seven of their eight home league games and conceding an average of 1.62 per match in the process. But, ‘I Blucerchiati’ can take some confidence from the fact that they have not lost any of their last seven top-flight meetings with Udinese here (W5, D2), preserving a blank sheet in four of them.

On the other hand, the visitors have suffered a dip in form starting December 2020, going from three consecutive Serie A victories to six league matches without winning on the bounce (D3, L3). As a result, Udinese head into this encounter holding just a four-point lead over relegation-threatened Torino. High scoring has been a theme for ‘I Friuliani’ on the road lately, as four of their last five away Serie A games have seen over 3.5 goals and both teams scoring (W2, D2, L1). Despite seeing their away Serie A fixtures produce an average of 3.25 goals thus far, none of Udinese’s eight such affairs have witnessed a goal within 15 minutes of play. Curiously, Luca Gotti’s men are yet to win after conceding the opener on the road this season (D2, L3). 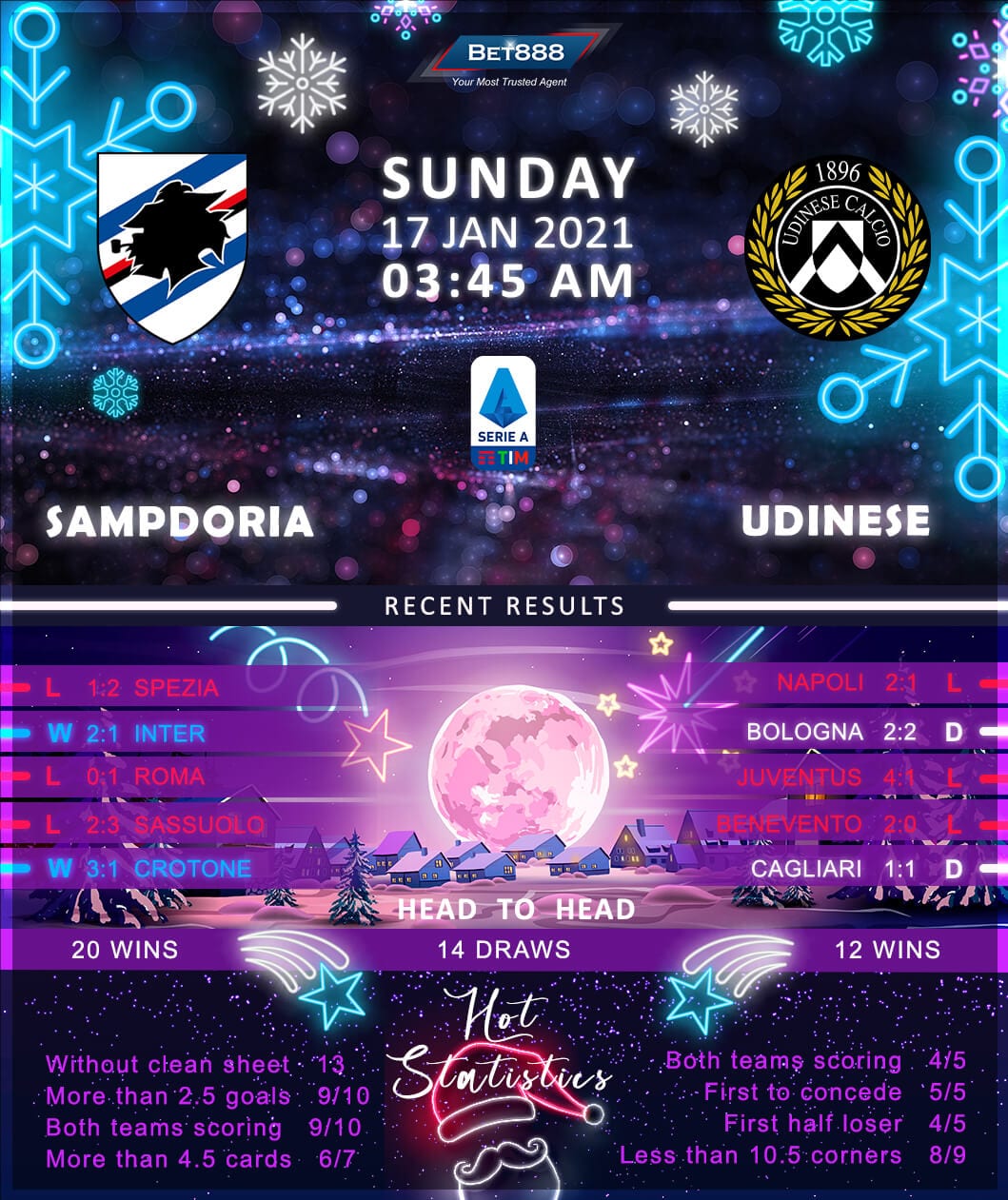