Sanfrecce Hiroshima and Urawa Reds are set to face-off at the Edion Stadium Hiroshima in an upper-half-of-the-table J1 League clash.

The hosts have endured mixed fortunes in their last five J1 League matches (W2, D1, L2), with three of the four results (win/loss) in this sequence yielding a narrow one-goal margin. Another close contest is well on the cards, considering each of the last three top-flight meetings between these sides has seen the teams separated at full-time by under 1.5 goals. A lack of firepower up front has seen Hiroshima draw a blank in four of their last six home games in all competitions, scoring precisely once in each of the other two. Therefore, it comes as no surprise that they have lost each of their last three home J1 League fixtures. Hiroshima will be desperate to break their Urawa hoodoo that has seen them fail to win any of their last four top-flight H2Hs as hosts (D2, L2).

Meanwhile, the visitors have hit the ground running in J1 League since succumbing to a dismal 2-0 away loss to Avispa Fukuoka, putting together three straight league triumphs. Notably, each victory in that three-game stretch saw Urawa score 2+ goals and keep a clean sheet. As ever, starting well will be of the essence, especially considering Urawa’s 100% win ratio across J1 League games in which they were leading at half-time this season (W3). However, the traveling side’s tendency to zone out after the break has seen them score just one second-half goal in six away league matches this season. Interestingly, the ‘Reds’ are one of only two teams yet to draw a league fixture away from home this term (W2, L4). 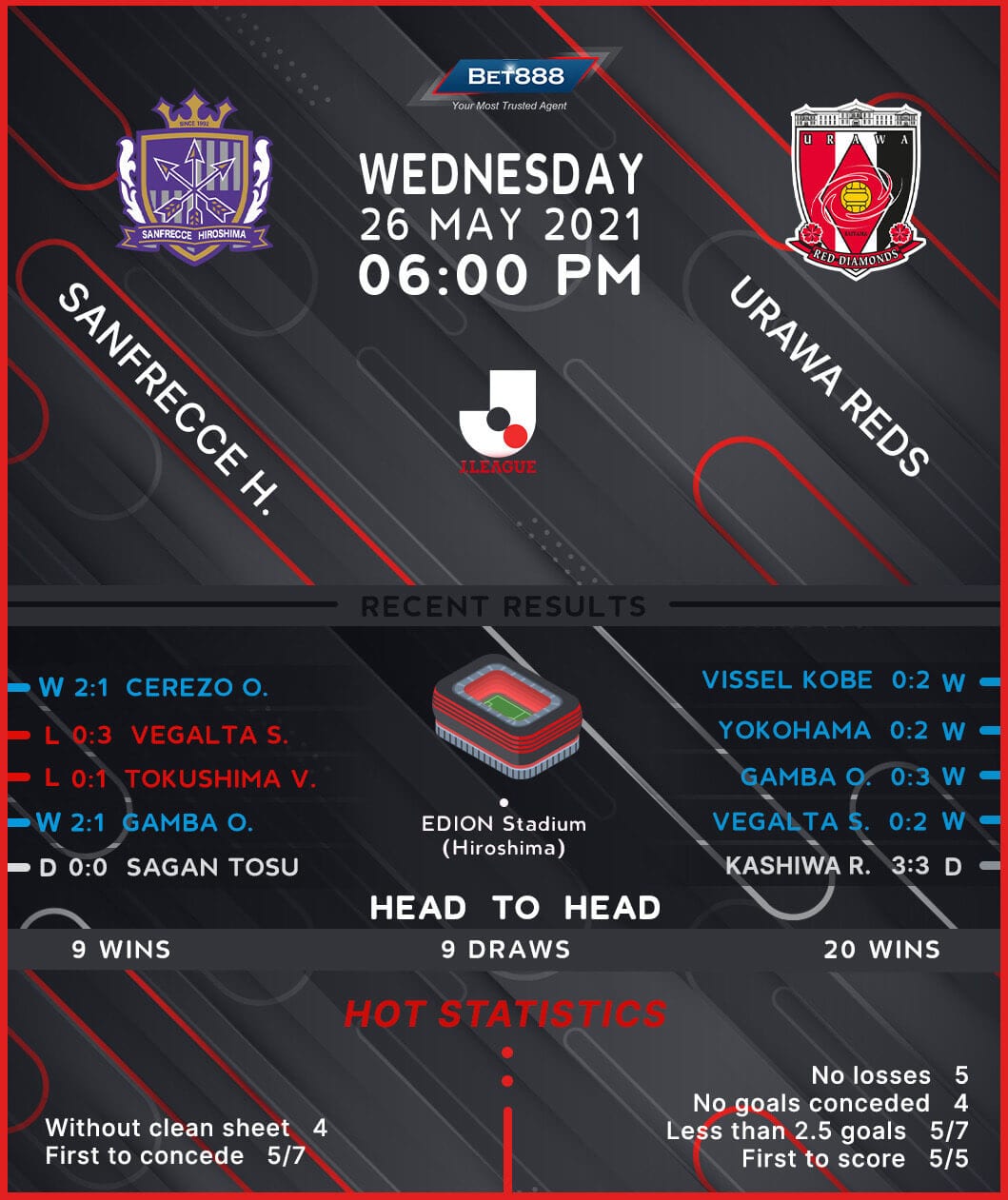