AC Milan will be looking to stretch their unbeaten Serie A run against Sassuolo to nine games (W6, D2) when the two clubs lock horns at the Mapei Stadium – Città del Tricolore.

Sassuolo have scored under 1.5 match goals in their last four Serie A outings to win just one of them (D2, L1), although they have only lost once in the league this season (W6, D5). Yet, a narrow 1-0 victory over Benevento in their last home Serie A game did halt the hosts’ three-match winless home league streak (D2, L1), marking only their second home clean sheet of the season. Against AC Milan, however, ‘I Neroverdi’ have lost each of their four previous top-flight meetings held at this venue, conceding an average of 2.66 goals across the last three such contests. Additionally, Roberto De Zerbi’s men have scored under 1.5 goals in each of those four H2Hs, which has been the case in four of their six home Serie A games this term.

On the other hand, the visitors head into this encounter on the back of back-to-back 2-2 draws with Parma and Genoa, respectively, after previously winning three Serie A matches in a row. Milan, though, remain the only side to score over 1.5 goals in all 12 Serie A fixtures this season and one of just two teams yet to taste defeat in the entire league campaign (W8, D4). Notably, ‘I Rossoneri’ had scored first to win each of their opening five away league games before being held to a 2-2 draw to Genoa in their last road trip. Stefano Pioli’s men will be keen to open the scoring again here, especially considering they’ve won eight of nine Serie A matches in which they got on the scoresheet first (D1). 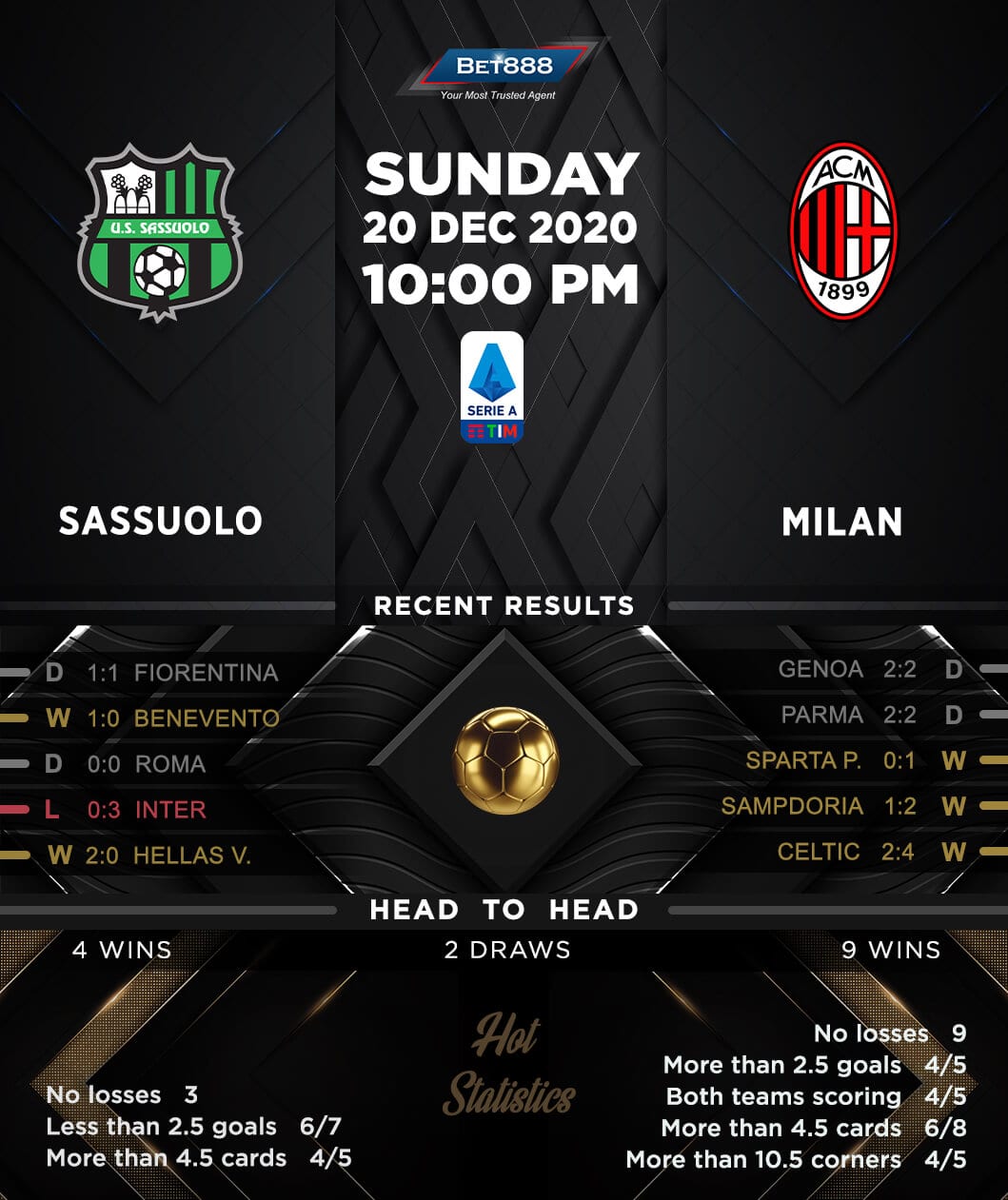