High-flying Sassuolo will be looking to put the brakes on a disastrous seven-game losing Serie A streak to Atalanta when the two sides meet at the Mapei Stadium – Città del Tricolore this weekend.

Coming into this matchday, Sassuolo have enjoyed a massive upturn in form, going from three Serie A games without winning to four league victories in a row, three of which were decided by a single-goal margin. Interestingly, two of Sassuolo’s last three Serie A wins have seen them come from a half-time deficit to pick up all three points, netting the winner beyond the hour mark on each occasion. There has been plenty of action in the home side’s recent league fixtures as six of the last eight have witnessed 3+ goals and both teams scoring. Considering each of the previous five top-flight H2Hs between these two sides has produced over 3.5 FT goals (5.6 on average), another high-scoring affair is well on the cards.

Meanwhile, Atalanta have gone into overdrive since losing 1-0 at Internazionale on Matchday 26, racking up a seven-match unbeaten run in Serie A (W6, D1). Free-scoring ‘La Dea’ scored an average of 2.57 goals across that run of fixtures, getting on the scoresheet within 30 minutes of play in four of the last five. Topically, Gian Piero Gasperini’s men have been relentless against Sassuolo lately, netting 3+ goals in each of their last six top-flight meetings with this opposition on an average of 4.16 per game! Quick out of the blocks, the visitors have bagged a league-high 19 first-half goals away from home this season, though it’s worth noting that only 25% of their Serie A trips have featured the opener within the first 15 minutes. 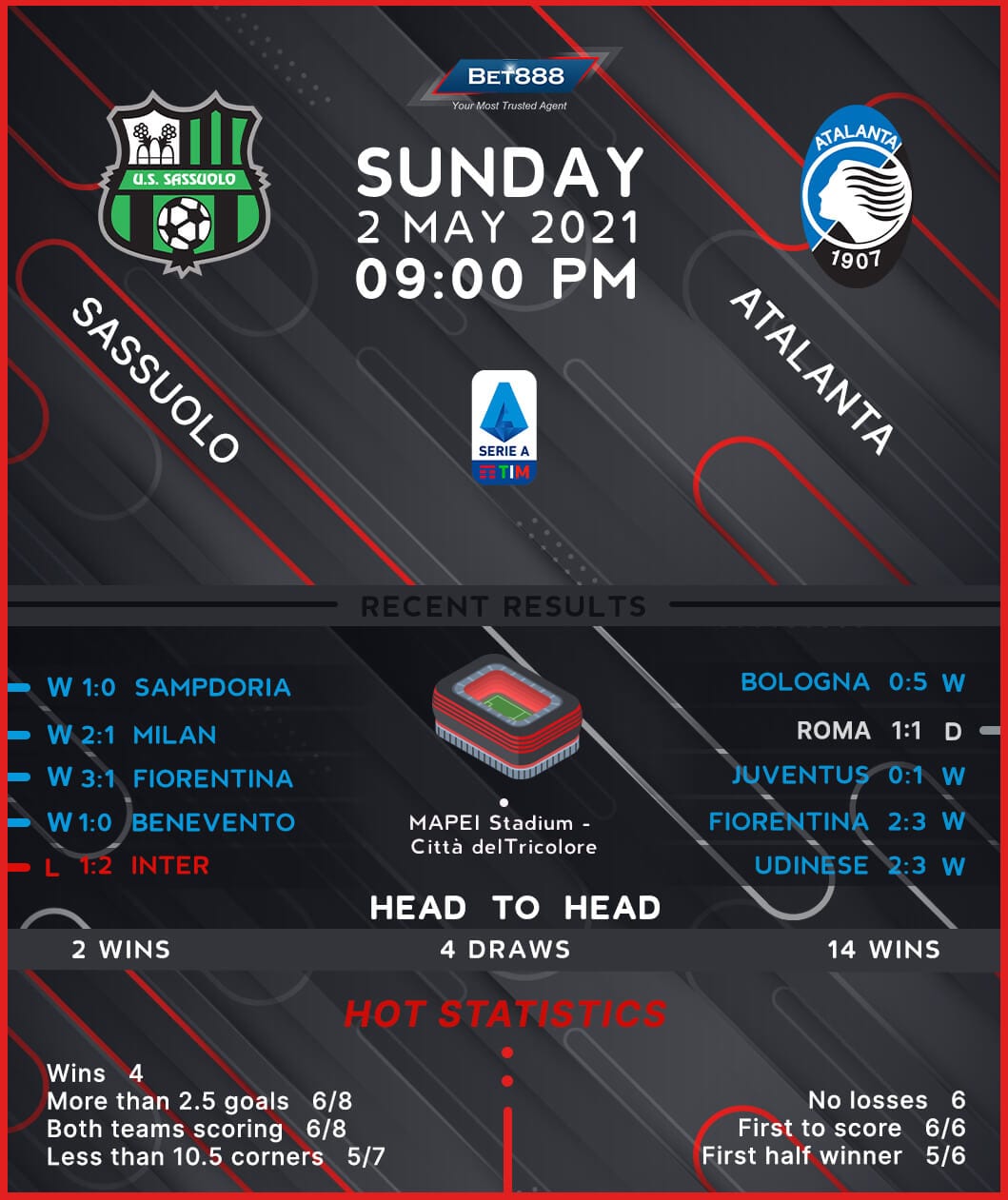