Connoisseurs of action-packed football will be hoping that Sassuolo and Fiorentina can both score in a fourth consecutive Serie A H2H when the two sides meet at the Mapei Stadium – Città del Tricolore this weekend.

A hard-fought 1-0 victory at Benevento last time out ended Sassuolo’s three-game winless streak in Serie A (D1, L2), marking their first clean sheet in 20 league matches! Indeed, before shutting out Benevento, ‘I Neroverdi’ had conceded 2+ goals in six consecutive Serie A outings, managing an average of 2.33 goals shipped per game in that sequence. Yet, the Mapei Stadium has been a venue of entertainment lately, as each of Sassuolo’s last eight league fixtures here has seen both teams on the scoresheet, with six of them featuring 3+ FT goals. Topically, three of their previous four top-flight H2Hs as hosts have seen both teams score in matches garnering over 2.5 total goals. Late action is well on the cards, as Sassuolo’s last three home Serie A games have witnessed both teams score beyond the 65th minute.

Meanwhile, Fiorentina have gone winless in three Serie A matches on the bounce (D1, L2) since a 4-1 victory at Benevento, with each defeat in that three-game sequence coming by the same 3-2 scoreline. The visitors have wrapped up just one triumph in their seven away league outings this calendar year (D2, L4), conceding the opening goal four times in the process. Indeed, slow-starting Fiorentina have broken the deadlock in just 35.71% of their Serie A trips this season (5/14), albeit two of the three away league games in which they were ahead at half-time, they won (D1). A leaky backline could be a reason for concern, considering that only three sides have conceded more away Serie A goals than ‘La Viola’ (27) this term, with just two shipping fewer before the half-time break (13). 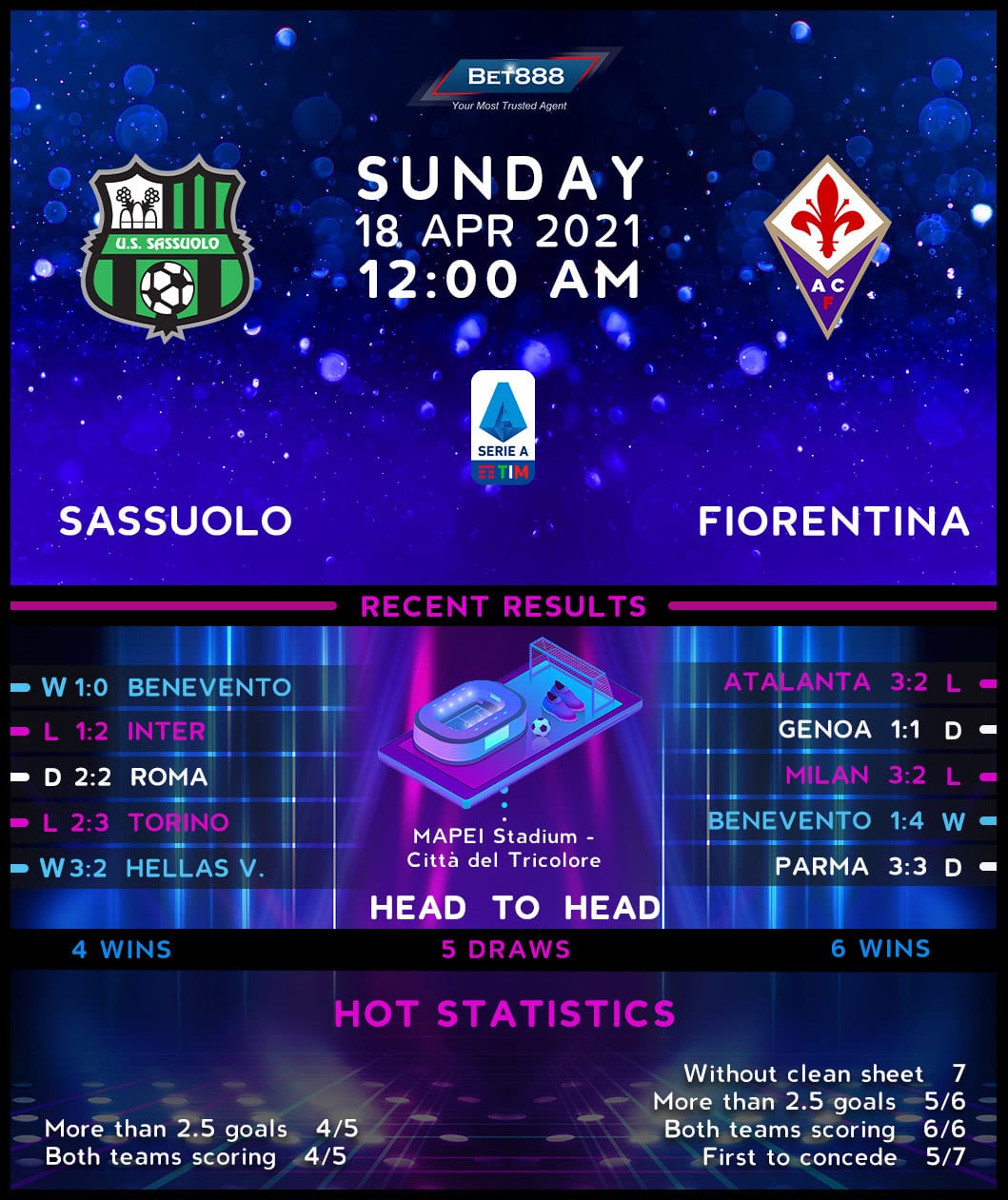