Juventus head to the Mapei Stadium – Città del Tricolore to take on high-flying Sassuolo in a must-win Serie A fixture.

Since going down 2-1 at Internazionale in early April, Sassuolo have hit a purple patch, racking up a six-game unbeaten streak in Serie A (W5, D1), with four of their five wins in this sequence coming by a single-goal margin. Sassuolo’s last home league defeat was back in early February, with three victories and four draws for ‘I Neroverdi’ at home since then. However, Roberto De Zerbi’s men have failed to beat Juventus in any of their last ten top-flight meetings (D2, L8), conceding an average of 2.9 goals per match in that sequence. Additionally, the hosts have let in precisely three goals in each of their last three Serie A H2Hs held at this venue, conceding the opener by the 23rd minute on every occasion.

Meanwhile, Juventus’ dismal 3-0 home loss to AC Milan over the weekend saw their three-match unbeaten run in Serie A come to a halt (W2, D1) as they take the field sitting three points adrift of the top-four territory. Before picking up a 2-1 victory over Udinese in their most recent league trip, the dethroned Serie A champions were winless in three away top-flight fixtures on the spin (D2, L1). A half-time lead could be the catalyst to help ‘I Bianconeri’ claim all three points here, considering they’ve won 84.62% of the Serie A matches in which they were in front at the interval this season (W11, D2). Easier said than done, though, given that Andrea Pirlo’s men have conceded the opening goal in 52.94% of their away Serie A games this term. 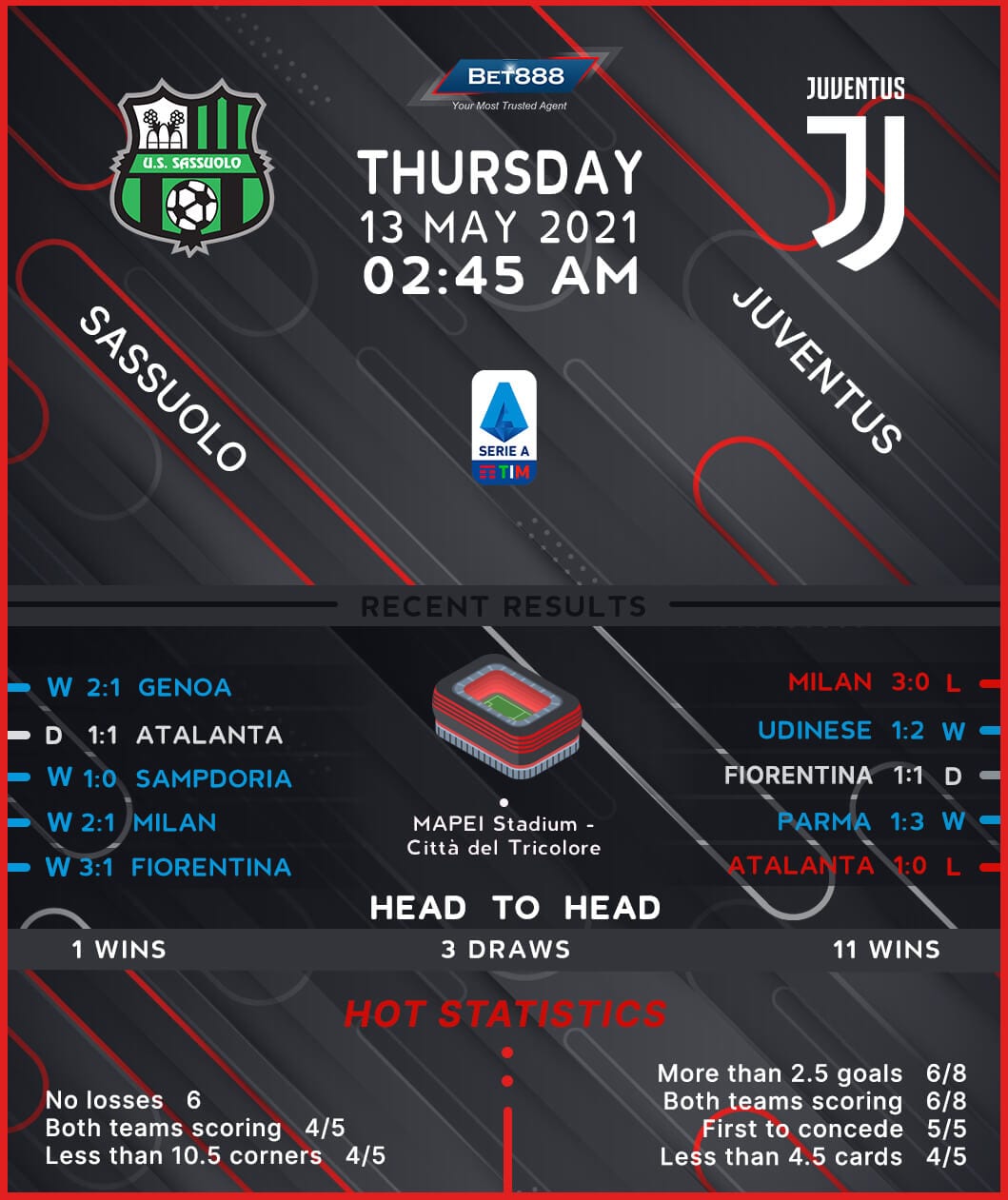