Sassuolo and Roma will trade tackles at the Mapei Stadium – Città del Tricolore in an exciting Serie A showdown.

A 3-2 away defeat to Torino in their last Serie A fixture leaves Sassuolo at a single win in five league matches (D2, L2), albeit they enjoy mid-table comfort. Despite their recent struggles, ‘I Neroverdi’ have been a fun team to watch, as three of their last four Serie A games have seen both sides score at least twice in matches combining over 4.5 total goals. Each of those three fixtures featured 2+ first-half goals, with the last two seeing the opener scored within six minutes of play. Another high-scoring affair is very much on the cards here, considering that three of the last five top-flight H2Hs between Sassuolo and Roma have seen over 3.5 goals and both teams on the scoresheet. The opening goal in each such encounter came inside the first 12 minutes of the first half containing two or more goals.

On the other hand, the international break seems to have come to Roma’s rescue, given that they went from back-to-back Serie A wins to two consecutive defeats before the pause hampered their downfall. The ‘clean-sheet’ theme has highlighted Roma’s recent league fixtures, as six of the previous eight have seen one or both sides fail to get on the scoresheet, including the last three. Notably, though, quick-start visitors have scored the joint-most goals within 30 minutes of Serie A football this season (19), breaking the deadlock in 60.71% of their top-flight outings so far (17/28). However, ‘I Giallorossi’ have netted the joint-low five away goals since the calendar flipped to 2021, drawing a blank in four of their six such fixtures in that period. Worryingly, Paulo Fonseca’s men have only kept one clean sheet across their last 11 Serie A trips. 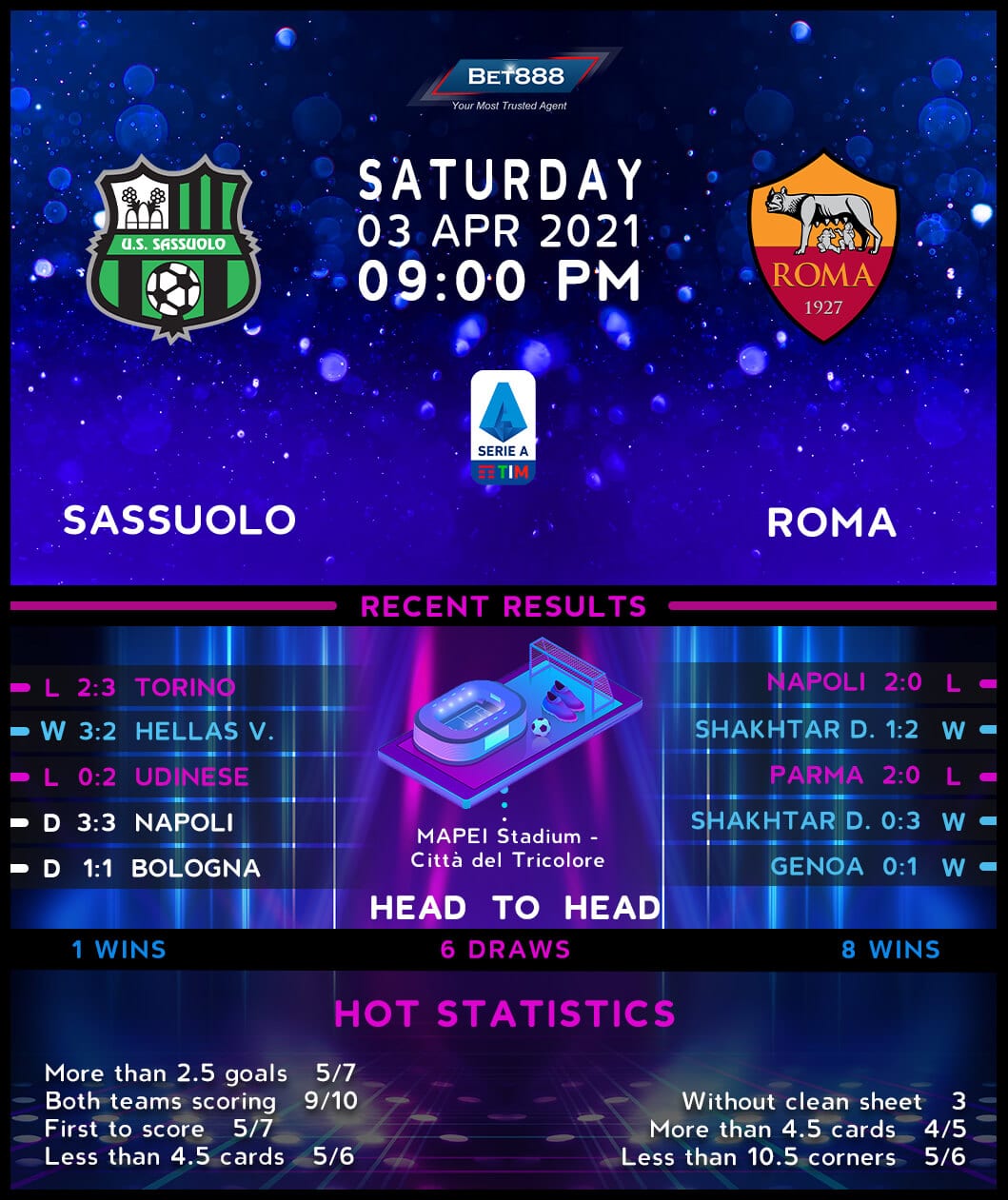