King Abdullah Sports City is the venue as Saudi Arabia play host to China in one of the most exciting match-ups on the Asian World Cup qualification football schedule.

After a 3-1 thumping of Vietnam in their World Cup qualification Group B curtain-raiser, the ‘Green Falcons’ have racked up a brace of tight 1-0 triumphs, including the one over Japan last time out. Level on points with top-placed Australia, Saudi Arabia look to be in good shape to secure their second World Cup finals appearance in a row, having failed to qualify for back-to-back showpieces beforehand. However, after losing three of their four overall World Cup qualifying H2Hs (D1), the hosts can ill-afford to underestimate their opposition here, especially considering they’ve failed to get on the scoresheet in two of their last three such meetings. Yet, Saudi Arabia’s 100% win ratio at home this calendar year puts those concerns firmly to bed (W6).

In the meantime, Wu Lei’s 95th-minute winner rescued all three points for China against Vietnam last time out (3-2), getting their Group B campaign off the mark following a brace of losses ‘to nil.’ Going into this matchday, the visitors sit level on points with third-placed Japan, meaning another failure here could see them lose ground on the final qualification spot. Seeking their second-ever World Cup finals appearance and first since 2002, the ‘Dragon’s Team’ will be desperate to improve upon their underwhelming recent World Cup qualifying record away from home. They’ve won just once in their last four such travels (D1, L2), courtesy of a 7-0 thrashing of lowly Guam back in May. Scoring first could be of the essence here, with each of China’s previous four competitive fixtures on foreign soil seeing the victor keep a clean sheet (W2, L2). 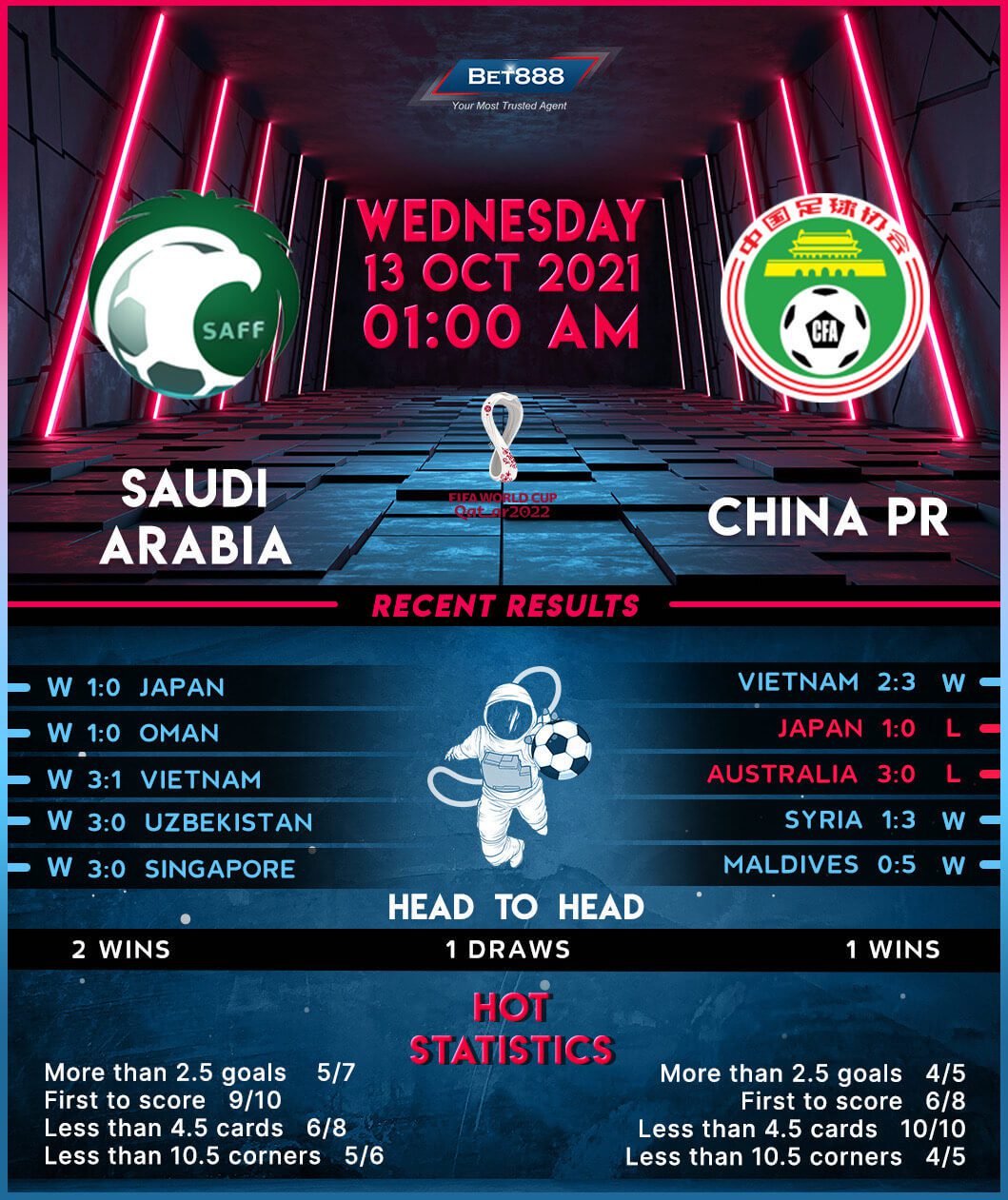