Saudi Arabia and Uzbekistan are set to trade tackles in the 2020 World Cup qualifying campaign at the King Saud University Stadium.

Saudi Arabia have enjoyed an almost perfect start to this World Cup qualifying campaign, winning all but two of their seven outings (D2), including the last four in a row. Virtually unstoppable in the attacking third, the ‘Green Falcons’ have netted over 2.5 goals in each of their previous four qualifying fixtures, amassing a total of 14. At home, Herve Renard’s men have found the net in all eight halves of the home World Cup qualifying action played so far, scoring the opener within the first 18 minutes. Additionally, Saudi Arabia have defeated Uzbekistan in both of their previous meetings in the World Cup qualifying series, scoring 3+ goals in each triumph.

On the other hand, Uzbekistan have had a tumultuous World Cup qualifying campaign thus far, winning five of their seven fixtures while losing the other two. Ahead of the kick-off, the visitors have won their last three qualifying games in a row by an aggregate score of 8-0, scoring the opening goal inside the first 20 minutes of play on each occasion. Since succumbing to a 2-0 loss to Palestine in their first road trip in this World Cup qualifying campaign, the ‘White Wolves’ have racked up back-to-back away victories, opening the scoring within 19 minutes both times. Since a goalless stalemate with Australia in January 2019, none of Uzbekistan’s subsequent nine away matches overall have ended level (W4, L5). Seven of those nine results (win/loss) saw the victor register a shutout. 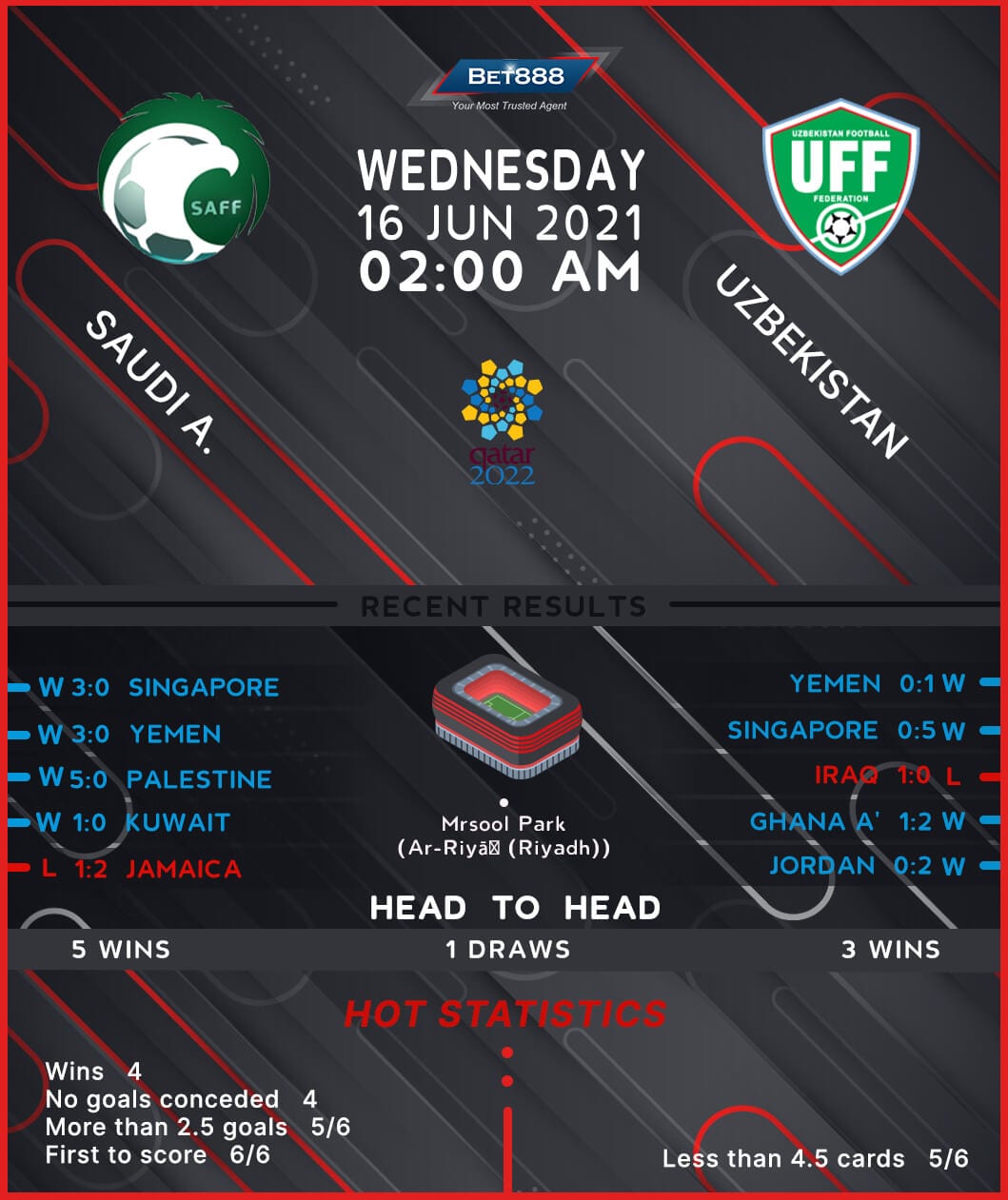