Saudi Arabia and Yemen are set to trade tackles at the King Saud University Stadium in the World Cup Qualifying encounter that may well help the hosts solidify their position at the top of Group D.

It’s been an inspirational start to this World Cup Qualifying campaign for Saudi Arabia so far as they enter this fifth AFC qualifying round as the only unbeaten team in Group D (W3, D2). After alternating a draw (2) and win (1) in their opening three qualifying fixtures, the hosts have clocked up back-to-back victories by an aggregate score of 8-2, with each match featuring 2+ goals in both halves. Overwhelming favorites to claim all three points here, the ‘Green Falcons’ haven’t lost any of their 11 historical meetings with Yemen, friendlies included. Indeed, prior to a 2-2 away draw in their World Cup Qualifying curtain-raiser, Saudi Arabia had won each of their previous ten H2Hs without conceding a single goal.

Meanwhile, Yemen have experienced a torrid start to this qualifying series. They’ve failed to win four of their opening five World Cup Qualifying fixtures (D2, L2), barring a narrow 1-0 home triumph against Palestine on Matchday 4. Yet, there’s been plenty of early action in Yemen’s World Cup qualifiers so far, with three of their five such contests producing 2+ first-half goals, including the reverse fixture against Saudi Arabia. Alarmingly, going back to a 2-0 victory against the Maldives back in the 2016 Asian Cup play-offs, the ‘Red Devils’ have gone winless in their subsequent 17 away matches, friendlies included (D5, L12). Moreover, they have failed to score in three of their last four games on foreign soil (D1), losing all applicable contests by an aggregate score of 9-0. 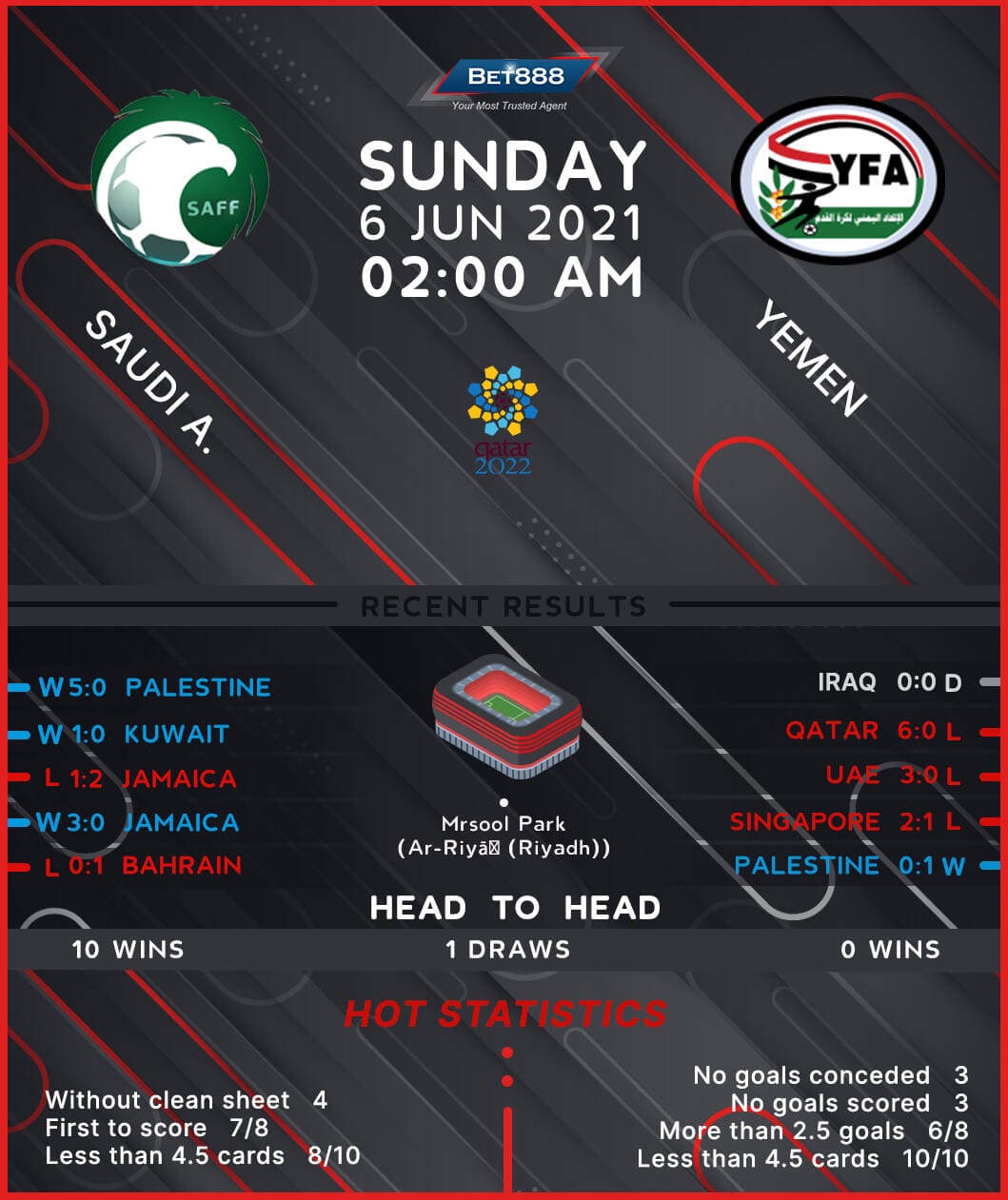