Schalke 04 and Bayern Munich will lock horns at the Veltins Arena in contrasting circumstances. While the hosts fight tooth and nail to preserve their Bundesliga status, the visitors are galloping towards another domestic title.

Dead-last Schalke lament the club’s worst-ever Bundesliga start, having lost 70.59% of their top-flight fixtures this season! In fact, ‘Die Königsblauen’ have wrapped up only one victory in their 17 Bundesliga games so far (D4, L12). A lack of firepower up front has seen Schalke score a league second-low 14 goals this term, four of which arrived in a 4-0 home win over TSG Hoffenheim on Matchday 15. Indeed, Christian Gross’s men have netted a miserly average of 0.62 goals per game across the remaining 16 Bundesliga outings this season. In such an atmosphere, the hosts welcome a Bayern Munich side they’ve failed to defeat in any of their last 20 league meetings (D3, L17), having succumbed to a humiliating 8-0 loss when the two teams met in the reverse fixture on Matchday 1.

On the other hand, Bayern head into this encounter on the back of back-to-back Bundesliga triumphs, both of which yielded a single-goal margin, and saw the ‘Bavarians’ open the scoring within 13 minutes. However, the reigning German champions have failed to deliver consistency away from home lately, winning just two of their previous four Bundesliga trips (D1, L1). Indeed, Bayern last won two away league matches on the bounce in November 2020. Additionally, Hansi Flick’s men have managed just one Bundesliga clean sheet on the road this season, conceding 1.55 goals per away league game on average. Notably, though, they have scored a comfortable league-high 49 goals in 17 Bundesliga fixtures, a tally only bettered in the 1976/77 campaign. 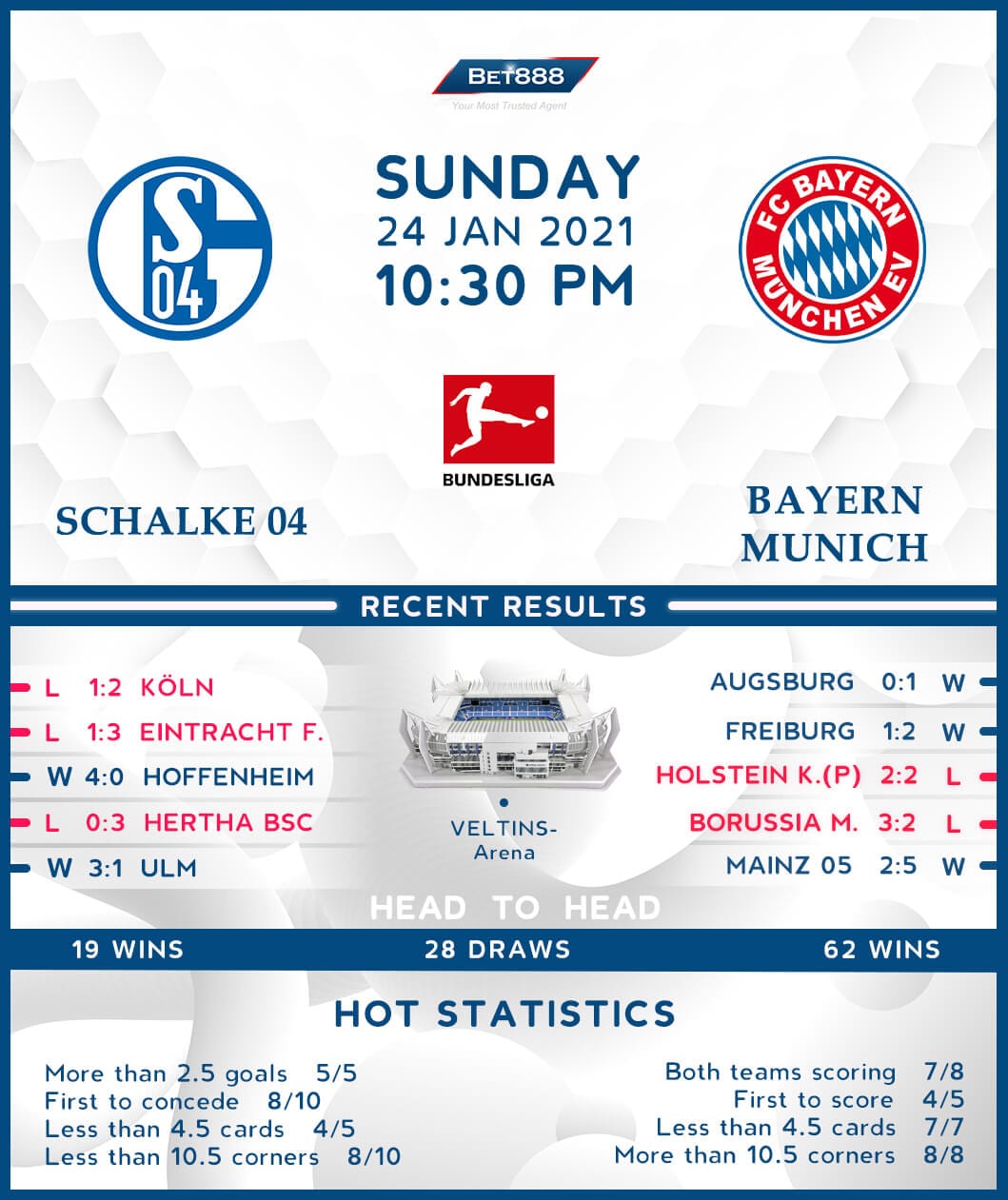