Champions League football is at stake as Eintracht Frankfurt head to the Veltins Arena to meet relegated Schalke 04 in the penultimate round of the 2020/21 Bundesliga fixtures.

Since beating Augsburg 1-0 at home on Matchday 28, Schalke have suffered four consecutive Bundesliga losses by an aggregate score of 11-3. ‘Die Königsblauen’ have lost 68.75% of their home league matches this season (11/16), scoring a league-lowest average of 0.62 goals per Bundesliga home fixture in the process. Furthermore, they have ended up on the losing side in four of their last five top-flight meetings with Frankfurt (W1), conceding 2+ goals in each defeat. Slow-starting Schalke have conceded first in a league-highest 75% of their Bundesliga outings this season. It gets worse for the hosts as they’ve lost 21 (87.5%) of the 24 league games in which they conceded the opener (D3). In turn, Dimitrios Grammozis’ men have netted the league joint-few four first-half goals this season.

Meanwhile, a return of one win from their last four Bundesliga matches (D1, L2) has seen Frankfurt slip to fifth in the standings. Sitting a point adrift of fourth-placed Borussia Dortmund, ‘Die Adler’ can ill-afford any slip-up here if they are to qualify for the Champions League group stage for the first time in the club history. Easier said than done, though, as Adi Hutter’s men have suffered three defeats in their last five away Bundesliga games (W1, D1), conceding an average of 3.00 goals across those losses. What’s more, the visitors have failed to keep a clean sheet in their last eight league trips since winning 2-0 at Mainz in early January. On the bright side, Frankfurt have averaged 1.88 goals scored per Bundesliga trip this calendar year. 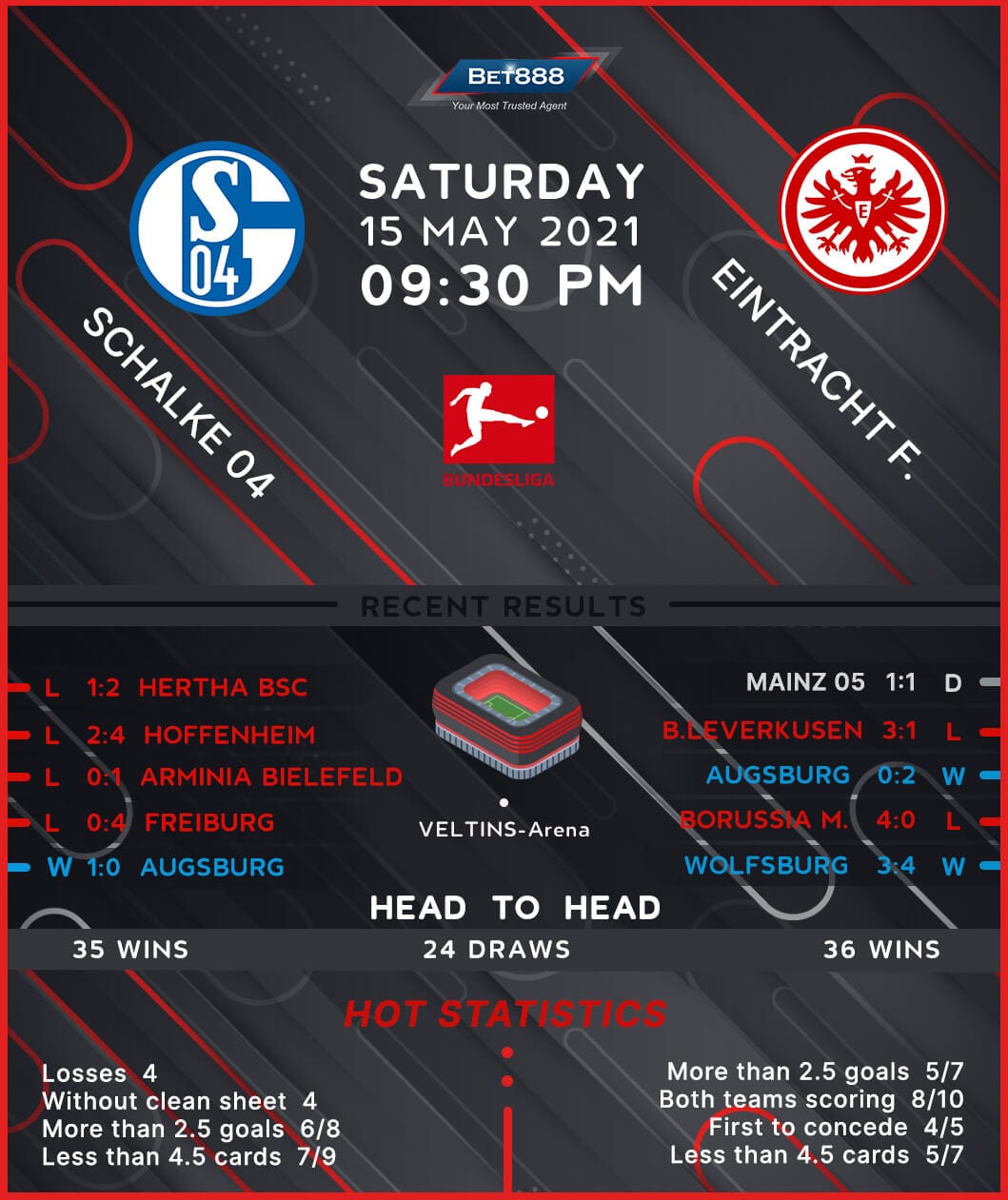