Scotland and Austria kick-start their journey to the FIFA World Cup 2022 as they lock horns at Hampden Park in their opening qualifying fixture.

Scotland’s recent competitive action has produced notably tight affairs as four of their last five games in the UEFA Nations League have yielded the identical 1-0 scoreline (W2, D1, L2). Steve Clarke’s side has been a force to be reckoned with at home, though, remarkably winning nine of their previous 13 home fixtures in all competitions (D2, L2). Adding to their confidence, Scotland finished their last World Cup Qualifying campaign without losing a single home match (W3, D2). The last time they lost such a contest was against Belgium back in September 2013. Furthermore, the ‘Tartan Terriers’ have been victorious in their two home meetings with Austria as part of the World Cup qualifiers, scoring precisely two goals apiece while conceding a total of one. However, both of those encounters took place in the 20th century.

Meanwhile, a 1-1 home draw with Norway in the UEFA Nations League last time out saw Austria’s three-match winning run in all competitions come to an end. Ahead of the kick-off, free-scoring Austrians have found the net in eight consecutive matches overall, albeit they have scored precisely once per game in three of their last four competitive outings. Notably, ‘Das Team’ tend to get off to a flying start to their World Cup Qualifying campaigns, having won 12 of their 18 opening matches at this juncture, including the last two that took place on foreign soil. Furthermore, Franco Foda’s men won each of their four away fixtures in 2020 by an aggregate score of 7-1, with the lone goal conceded courtesy of a 2-1 over Norway. 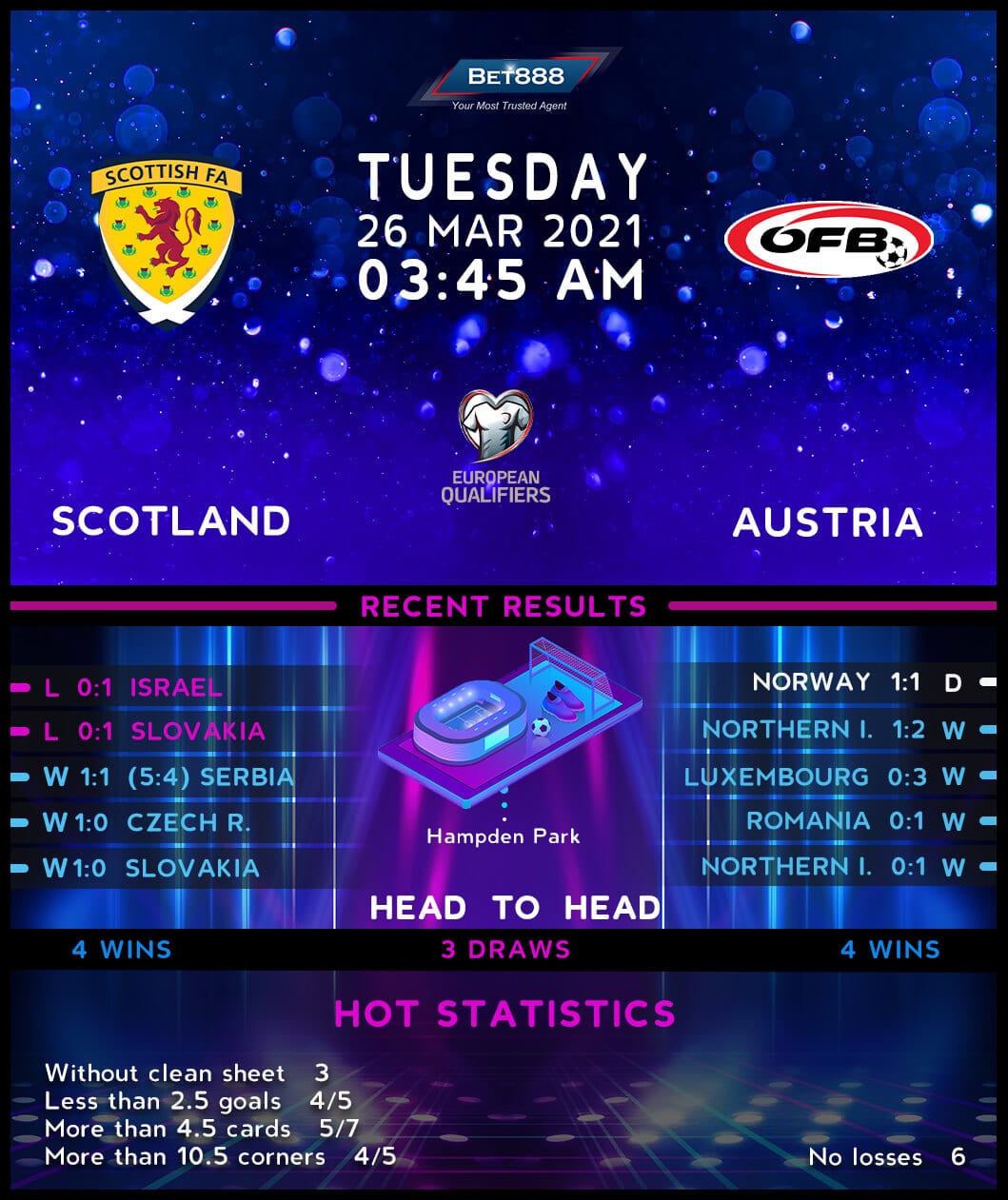