Stadion Rajko Mitić is the venue as Serbia and Portugal battle it out for a top place in the World Cup Qualifying Group A.

Serbia overcame an early deficit to beat the Republic of Ireland 3-2 in their qualifying curtain-raiser, extending their unbeaten run to seven matches – 90 minutes only (W2, D5). Dragan Stojkovic’s men’s resolve will be on the line against a Portugal team they’ve failed to beat in any of their three qualifying H2Hs as hosts in the 21st century (D1, L2). In fact, the ‘Eagles’ have failed to win any of their six qualifying fixtures against Portugal -home and away (D3, L3) – despite finding the net on each occasion. Looking to qualify for back-to-back World Cup finals for the first time as a sovereign nation, the Serbs have kept three clean sheets in their last four outings, though none of them came against a side close to Portugal’s stature. Scoring has been a problem for the hosts lately, as they’ve netted under 1.5 goals in four of their last six matches overall.

Meanwhile, Portugal had to thank the Azerbaijan captain Maksim Medvedev, whose own goal made all the difference in their opening qualifying fixture. A win, nonetheless, and Portugal’s second consecutive in all competitions following a 3-2 away victory over Croatia in the UEFA Nations League. On foreign soil, Fernando Santos’ men are undefeated in four matches in a row (W3, D1) since succumbing to a 2-1 loss to Ukraine in the European Championship Qualifying back in October 2019. During that four-game sequence, ‘A Seleção’ kept a clean sheet three times and score 2+ goals in all but one outing. Notably, Portugal’s qualifying campaign en route to the FIFA World Cup 2018 saw them lose their opening match to Switzerland and win all of their remaining nine encounters by an aggregate score of 32-2. 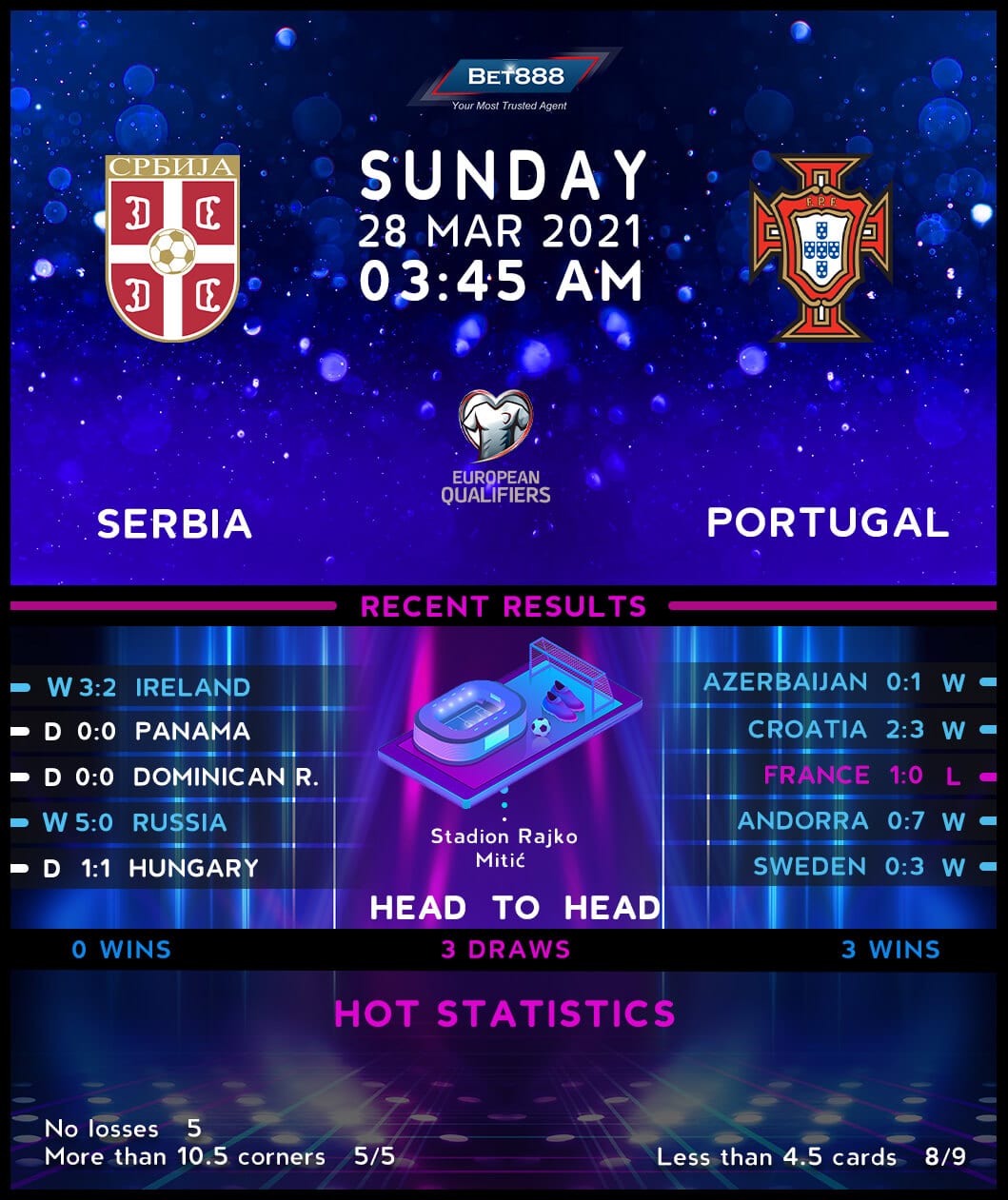