Serbia vs Republic of Ireland

Serbia vs Republic of Ireland

Serbia and the Republic of Ireland are set to square off at the Stadion Rajko Mitić in their opening World Cup qualifier.

Dragan Stojkovic makes his managerial debut at the national team as Serbia look to advance to the final tournament for the second time running. The Serbs have picked up just one victory in their last nine competitive games (D6, L2) if considered only 90 minutes of play, with two-thirds of those fixtures seeing both teams score. Interestingly, since they separated from Montenegro in 2006, Serbia have not lost any of their eight opening matches in any qualifying campaign (European Championship and World Cup), winning the first four and drawing the last four. In World Cup qualifying, the ‘Eagles’ have only suffered one defeat in their previous 13 matches, home and away (W8, D4), courtesy of a 3-2 away defeat at Austria in 2017.

On the other hand, the visitors are going through a delicate time, having drawn a blank in each of their last seven games in all competitions – their longest barren run. Furthermore, except for a 1-0 victory over pushovers Gibraltar in March 2019, the ‘Boys in Green’ have failed to win 14 of their last 15 away matches (D7, L7), drawing a blank in 71.43% of those fixtures. Stephen Kenny’s men have not defeated Serbia in any of their five meetings (D3, L2), scoring under 1.5 goals in four of them. Remarkably, though, they have not started a World Cup qualifying campaign with a whimper in any of their previous ten opening games (W7, D3), last losing such contest to France in 1976. 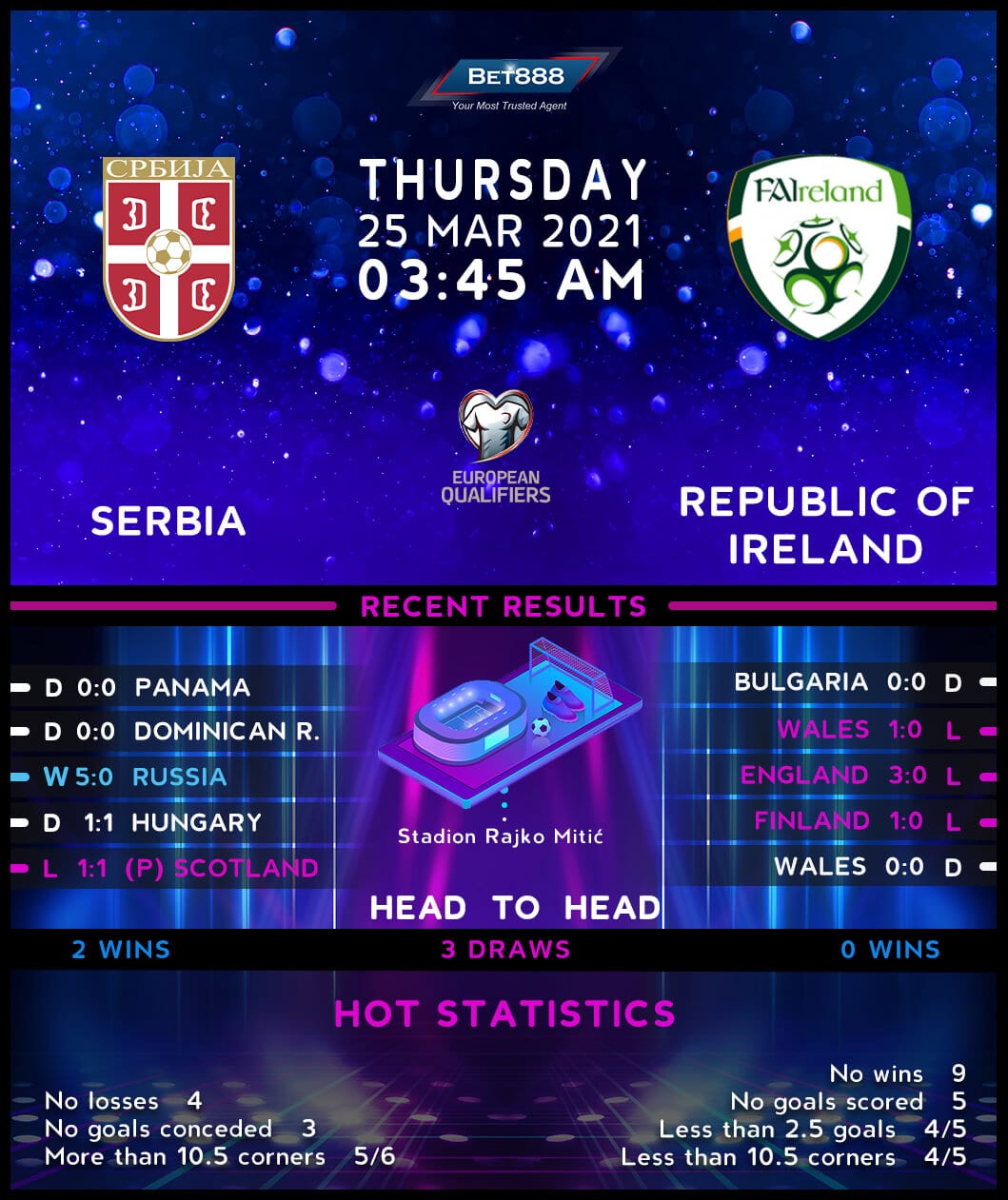