Sevilla’s pursuit of what would be a sensational La Liga title continues at the Estadio Ramon Sanchez Pizjuan as they take on Athletic Club.

Sevilla have hit a purple patch at the best time possible, having racked up seven victories in their last eight La Liga matches (D1) to reduce the gap on top-placed Atletico Madrid to six points. The Andalusian giants have a game in hand on Diego Simeone’s side and are now up against an Atheltic team they have outplayed in five of their last six top-flight H2Hs as hosts (D1). Since the turn of 2021, Julen Lopetegui’s men have won all but one of their nine home La Liga outings (L1), including the last four by an aggregate score of 6-1. Lopetegui himself has lost just one of his six encounters with Athletic in all competitions (W3, D2). On the downside, after suffering a 2-1 defeat at San Mames in the reverse fixture, Sevilla could succumb to their first top-flight double to this opposition since 2011/12.

In the meantime, a 2-2 home stalemate with Real Valladolid last time out gave Athletic a sixth draw in seven La Liga matches (W1), with a 2-1 home triumph over Atletico Madrid solitary exception in this run. Indeed, 36.36% of the visitors’ league games this season have ended level (12/33), including the last three away from home. Goals have been in short supply for Athletic on the road lately, as they’ve drawn a blank in two of their previous five La Liga trips, scoring precisely once per game in the other three. Athletic boss Marcelino Garcia Toral has not lost any of his last four La Liga clashes against Sevilla (W3, D1). But he has yet to win back-to-back league matches with the Basque outfit since taking charge in January. Worryingly, ‘Los Leones’ have managed just one win in their last 23 La Liga trips to Sevilla (D8, L14). 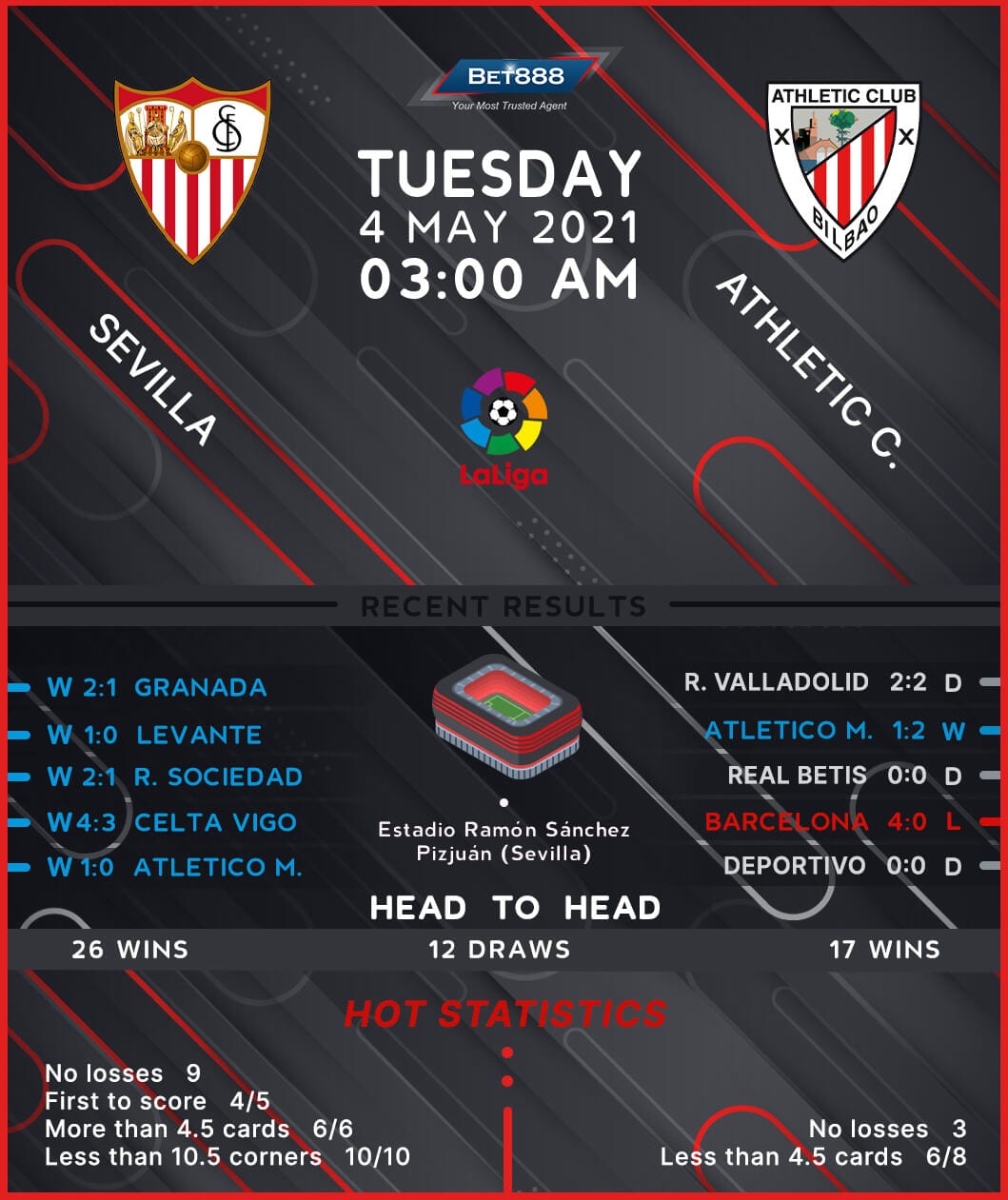