Sevilla and Atletico Madrid will square off at the Estadio Ramón Sánchez Pizjuán in a massive, heavyweight La Liga showdown.

Ahead of the international break, Sevilla had gone from back-to-back La Liga defeats to three consecutive league matches without losing (W2, D1), a sequence that saw them build a substantial ten-point lead on fifth-placed Real Sociedad. Julen Lopetegui has based his team’s success this season on a rock-solid backline, as evidenced by the fact that 76.47% of Sevilla’s top-flight triumphs so far yielded a clean sheet (13/17), including eight of ten on home turf. Also, just Getafe (2) have shipped fewer second-half goals at home than Sevilla (3) this term. Curiously, ‘Los Nervionenses’ have not drawn any of their last 11 competitive matches here (W9, L2), with all but two of those results (win/loss) seeing the winner on the day register a shutout. Entertainment has been relatively sparse, with five of their last six competitive games held at this venue featuring under 2.5 FT goals.

Meanwhile, a return of three wins from their last seven La Liga fixtures (D3, L1) has seen Atletico Madrid allow Barcelona to bridge the gap to four points. The current league leaders can ill-afford any more slip-ups if they are to win the title this season, as they look to build on an impressive away La Liga form in 2020/21 (GP13 – W9, D3, L1). ‘Los Rojiblancos’ (9) head into this encounter as the only side in the Spanish top division yet to concede double digits on the road this term, having kept a blank sheet in both of their previous league trips. Diego Simeone boasts a fantastic 88.89% unbeaten rate against Sevilla in Andalusia as manager (GP9 – W4, D4, L1) – the lone failure courtesy of a 1-0 reverse in October 2016. Additionally, the capital-based heavyweights have come out victorious in each of their last three La Liga matches against Andalusian rivals. 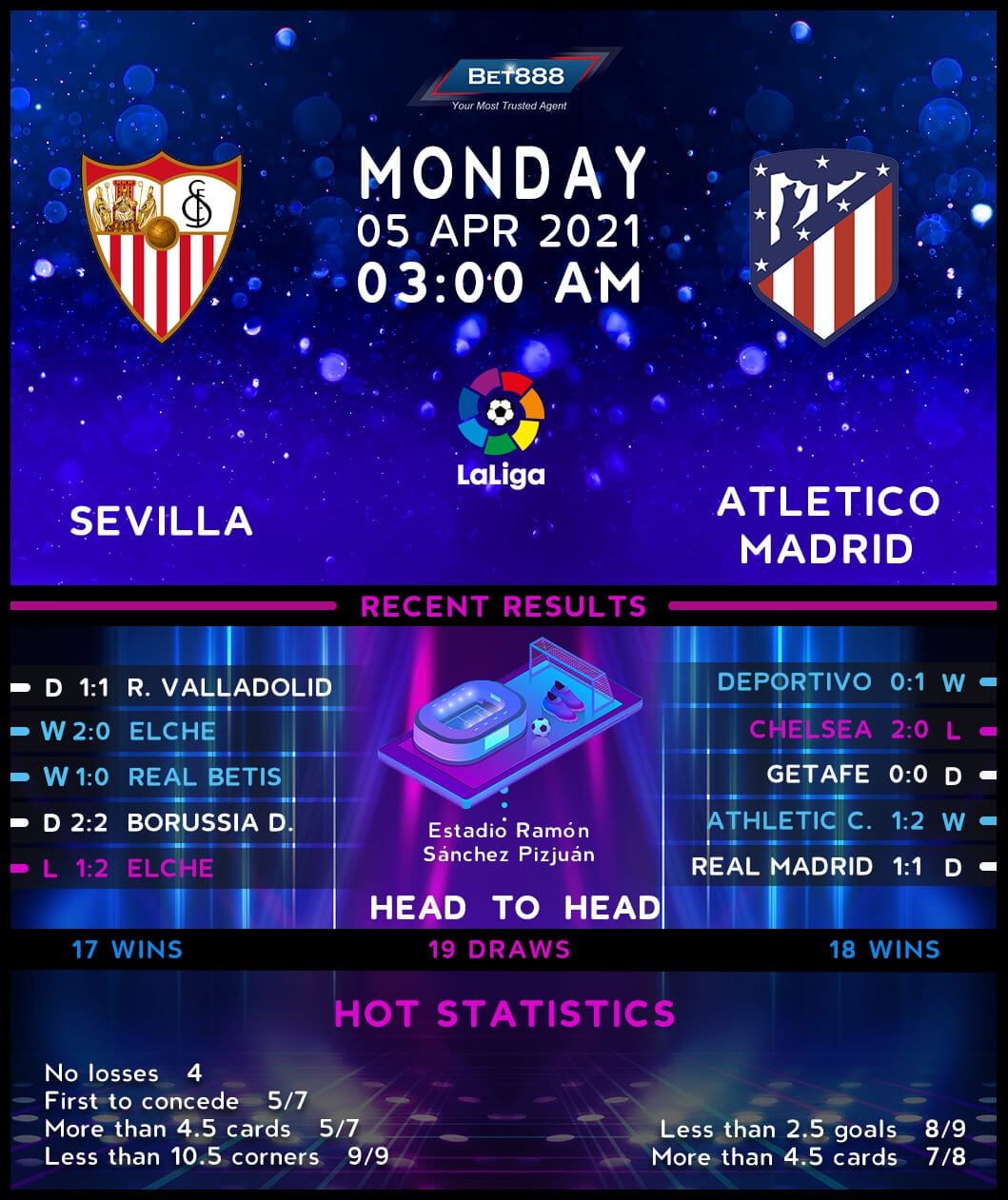