Borussia Dortmund travel to the Estadio Ramón Sánchez Pizjuán for the first leg of their UEFA Champions League last-16 tie versus Sevilla.

Julen Lopetegui’s men enter this clash in the midst of a purple patch, having won their last eight matches in all competitions by an aggregate scoreline of 17-1, keeping a clean sheet in each of their previous seven outings! In the Champions League alone, ‘Los Rojiblancos’ have avoided defeat in five matches this season (W4, D1) bar a 4-0 thumping to Chelsea at this venue on Matchday 5. Sevilla must be relishing the prospect of welcoming Dortmund to Ramón Sánchez Pizjuán, well aware of the fact they’ve only lost one of their 12 European meetings with German visitors here (W7, D4). However, ‘Los Nervionenses’ often tend to crumble at this stage of the competition, as witnessed by the fact they’ve failed to make it past the Champions League Round of 16 in four of their previous five attempts.

On the other hand, Dortmund have racked up a five-game unbeaten run in the Champions League (W4, D1) since suffering a 3-1 away loss at Lazio on Matchday 1 to finish top of Group F. Frustratingly, though, ‘Die Borussen’ have lost their last six away matches in the Champions League knock-out stage by an aggregate score of 14-2. Additionally, the Bundesliga giants have failed to pick up a single victory in their last ten continental trips to Spain (D3, L7), letting in over 1.5 goals on nine occasions in that run of fixtures. Topically, Borussia’s defensive woes have been brutally exposed lately, as they’ve conceded 2+ goals in five of their last six games in all competitions. Another reason for concern is that all of Dortmund’s last four appearances in the Champions League have ended in the Round of 16. 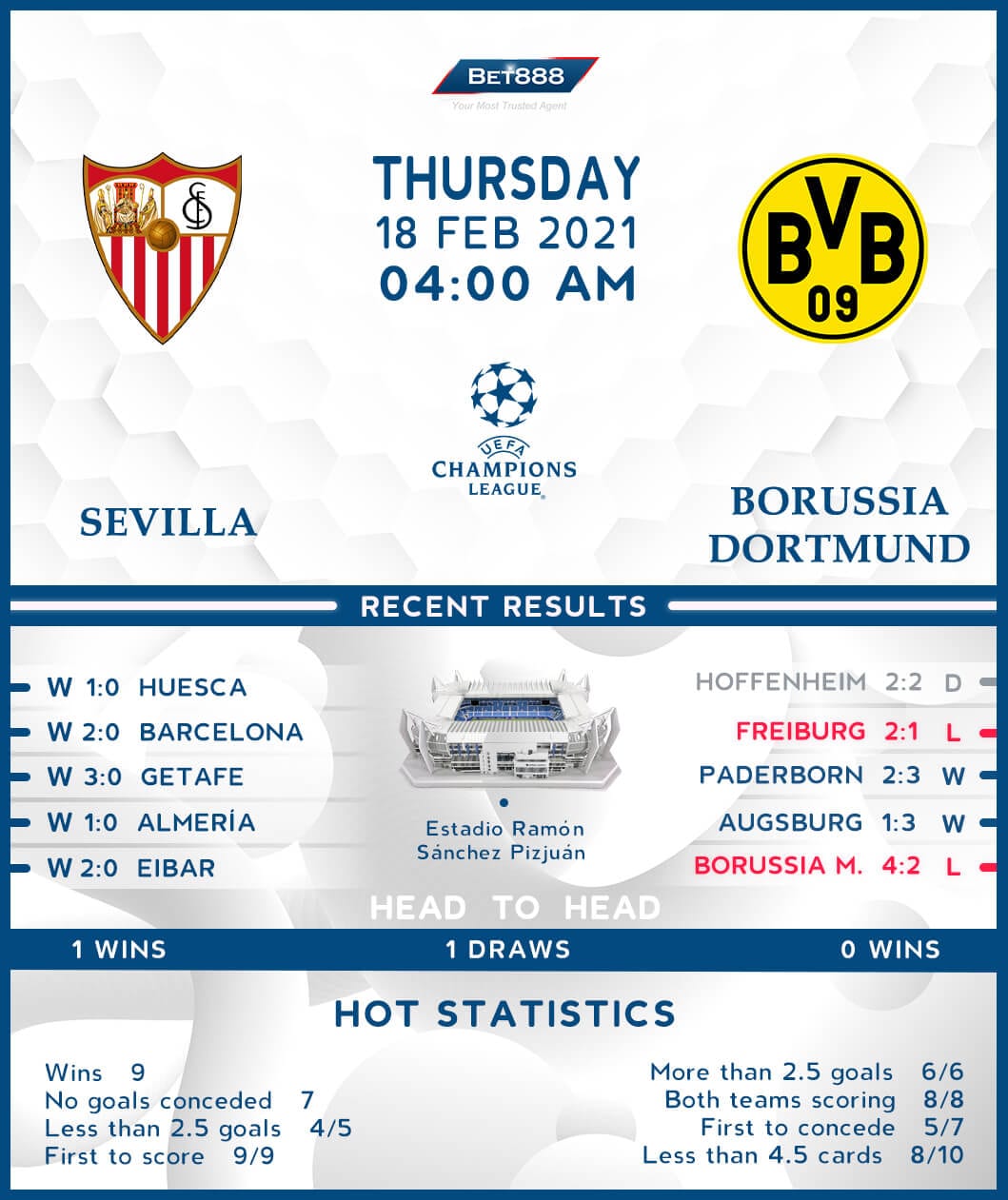