The two sides that have had identical returns from their opening four UEFA Champions League matches this season (W3, D1) lock horns at the Estadio Ramón Sánchez Pizjuán as Sevilla meet Chelsea.

Since being held to a goalless away draw to Chelsea in the reverse fixture on Matchday 1, the hosts have won each of their subsequent three group stage matches via a single-goal margin. A deciding goal in each of those three victories continually arrived no earlier than the 55-minute mark. Also, five of Sevilla’s six goals scored in the Champions League group stage this term came beyond the 40th minute. Notably, ‘Los Nervionenses’ have avoided defeat in each of their last seven matches against English opponents in major European competitions (W3, D4). Additionally, the Andalusian giants have found the back of the net in each of their 17 previous home games in the Champions League group stage and are unbeaten in their last five such outings (W4, D1).

Meanwhile, the visitors have been running riot in Europe since that abovementioned draw with Sevilla, scoring over 1.5 goals in each of their three Champions League victories since then. Quick-fire Chelsea scored the first-half opener in each of those three triumphs and saw a penalty awarded in their favor within 15 minutes on two of those occasions. Furthermore, Frank Lampard’s men have racked up an impressive nine-game unbeaten run in the Champions League group stage (W6, D3) since losing to Valencia at the beginning of the 2019-20 Champions League campaign. However, the ‘Blues’ have not only managed just one win in their ten previous Champions League meetings with Spanish clubs (D6, L3), but they are winless in their last six such contests (D4, L2). 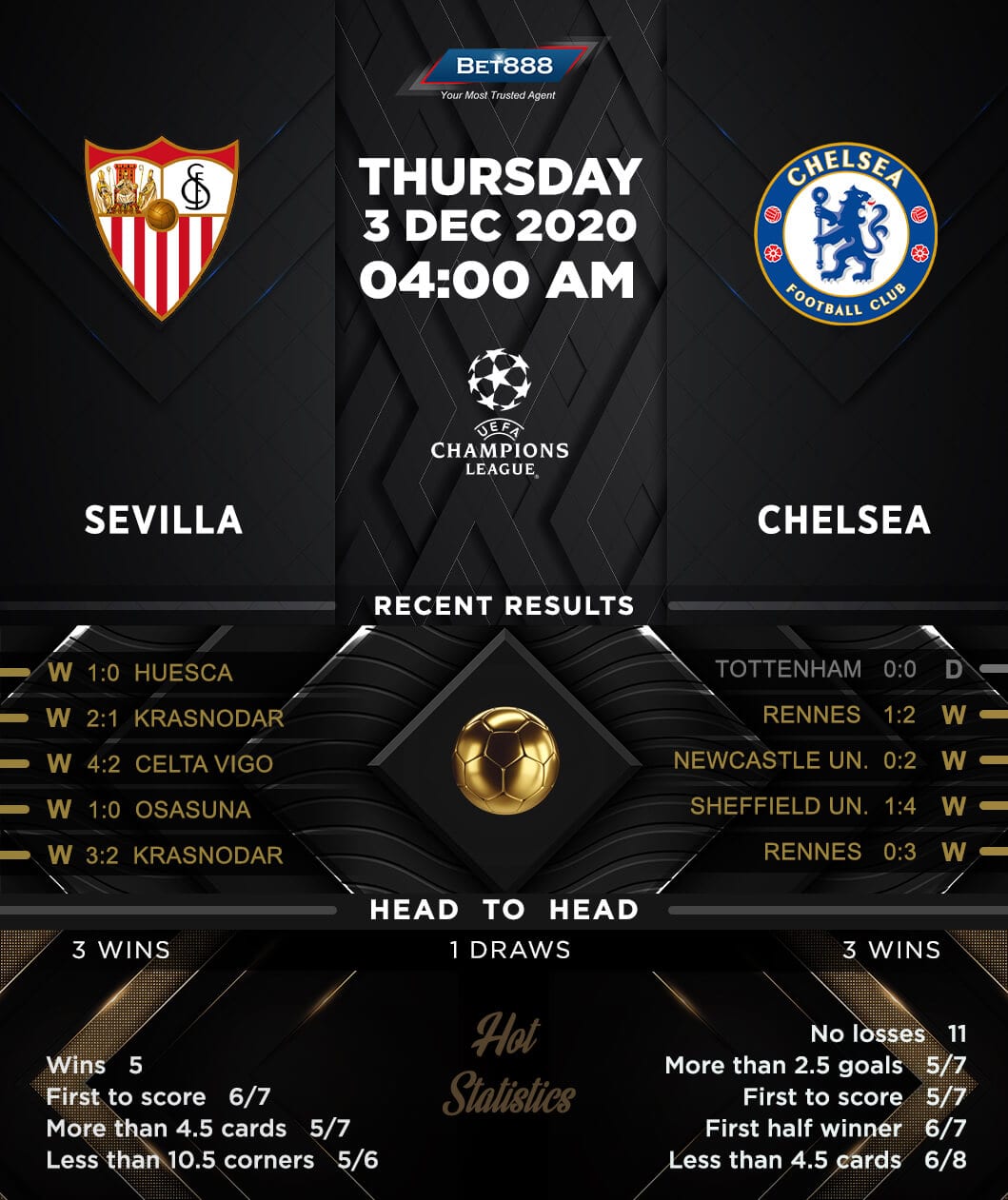