Sevilla will be looking to solidify their position in the La Liga top-four race when they meet relegation-threatened Elche at the Stadio Ramón Sánchez Pizjuán.

Sevilla claimed a narrow 1-0 win over Real Betis last time out to bring a two-game losing streak in La Liga to a halt. Interestingly, none of their previous 11 league fixtures have ended in a draw (W8, L3), with 72.73% of the matches won/lost in that sequence seeing the winner on the day keep a clean sheet. Topically, ‘Los Nervionenses’ have played out a league-low one home stalemate this season (GP:13 – W9, D1, L3), with 77.78% of their victories in such contests coming ‘to nil.’ The first-half action has been at a premium at the Ramón Sánchez Pizjuán this term, as only three (23.08%) of Sevilla’s La Liga matches here have produced over 1.5 goals before half-time. By contrast, three of their last four top-flight meetings with Elche have featured 3+ FT goals.

Meanwhile, since being held to a 2-2 home draw to Villarreal on Matchday 22, Elche have either won or lost their subsequent six La Liga fixtures (W2, L4), with each of the last three yielding the identical 2-1 scoreline. Away from home, ‘Los Franjiverdes’ have gone winless in 11 consecutive league matches (D3, L8) since beating Deportivo Alaves in mid-October, losing the last five by an aggregate score of 11-3. Conceding the opening goal may well put an end to Elche’s hopes of avoiding defeat here, as they have lost 87.5% of the La Liga games in which they fell behind this season (GP:8 – D1, L7). Early action is seemingly off the table, as Fran Escriba’s men have only got on the scoresheet once in their 13 top-flight trips this season. Another potential worry for the visitors is that they have lost both of their La Liga trips to Sevilla this millennium, conceding precisely three times on each occasion. 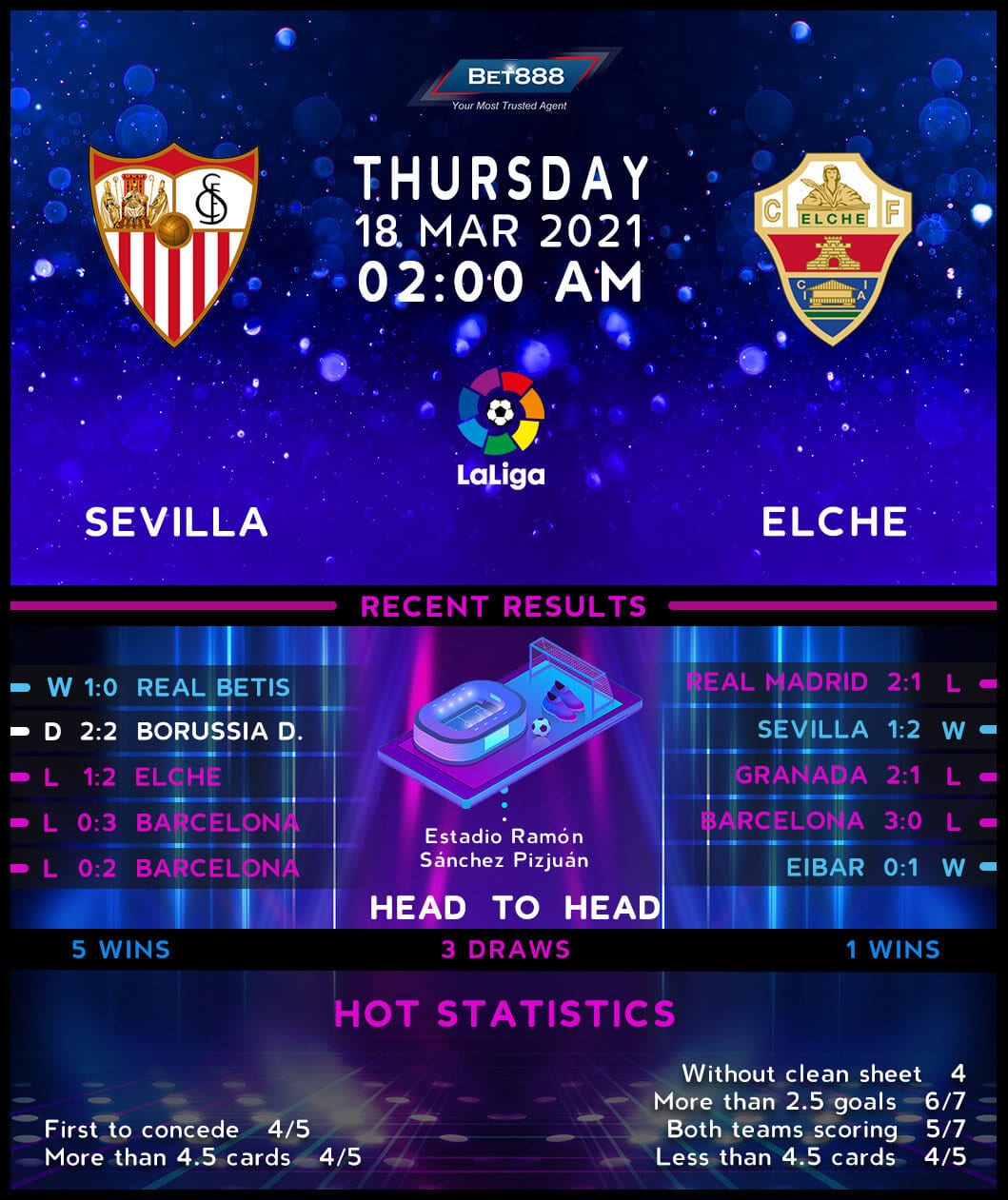