Sevilla and Getafe are set to face off at the Estadio Ramón Sánchez Pizjuán in an exciting Serie A showdown.

It’s been a blistering start to the new calendar year for Sevilla so far, as they’ve won 88.89% of their competitive fixtures since the turn of 2021 (GP:9 – W8, L1), keeping a clean sheet in two-thirds of them. In La Liga alone, ‘Los Rojiblancos’ have won three consecutive matches, scoring seven goals while conceding only one in return, since losing 2-0 at Atletico Madrid in mid-January. What’s more, Julen Lopetegui’s men have won each of their last three La Liga home games, netting seven goals in total, a tally only one goal shy of their entire attacking output from their opening six home league matches. However, Sevilla have accrued a win, a draw, and a loss in their last three top-flight home meetings with Getafe, with each of those fixtures featuring under 2.5 goals.

Meanwhile, the visitors have experienced a dip in form, going from back-to-back La Liga wins to two consecutive league matches without winning (D1, L1). Coming into this matchday, none of Getafe’s last five away La Liga games have ended in a draw (W2, L3), with four of those results (win/loss) seeing the sides separated at full-time by at least two goals. Jose Bordalas’ men can draw on a solid recent top-flight record against Andalusian sides, as they’ve won four of their last seven La Liga trips to such opponents (D1, L2). Improving that record would require Getafe to avoid conceding the opening goal, given that they’ve lost seven of their ten league games in which they shipped the opener this season (W1, D2, L7). Easier said than done, though, as ‘Los Azulones’ have netted a league joint-lowest three first-half goals on the road this season. 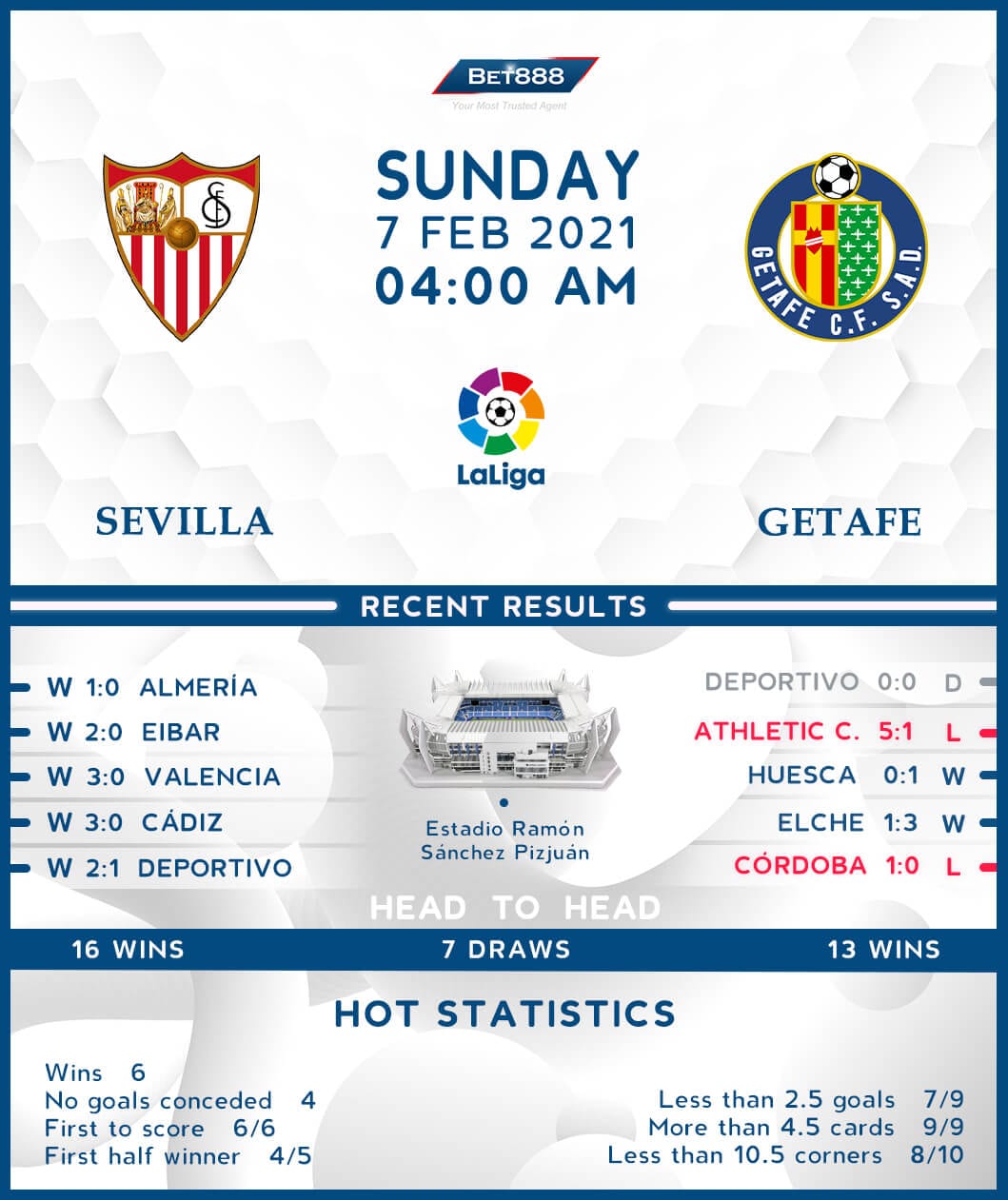