Granada will be looking to complete their first La Liga double over Sevilla since 2015/16 when the two teams meet at the Estadio Ramón Sánchez Pizjuán this weekend.

Since drawing 1-1 at Valladolid on Matchday 28, ‘Los Rojiblancos’ have racked up a four-game winning streak in La Liga, with each success in this run coming by a narrow one-goal margin. Thriving in tight contests, Julen Lopetegui’s men have recorded more single-goal wins (13) than any other side in Europe’s top-five divisions this season. Curiously, none of Sevilla’s eight home league matches since the turn of the year have ended in a draw (W7, L1). The clean sheet has been a common theme in their La Liga fixtures at Ramon Sanchez Pizjuan in 2021 as seven of the eight games won/lost have seen the victor register a shutout. Entertainment has been relatively sparse, though, as each of Sevilla’s last five home league games has featured under 2.5 FT goals, with three of them yielding the identical 1-0 scoreline.

On the other hand, the visitors have claimed back-to-back La Liga victories after losing the previous two matches in a row, with three of those results (win/loss) favoring the side to get on the scoresheet first. Interestingly, none of Granada’s last 15 games in all competitions have ended level (W6, L9), with 46.67% of them featuring the same 2-1 FT score. A 2-1 comeback victory at Valladolid in their most recent La Liga road trip brought Granada’s dismal eight-game winless away league streak to a halt (D2, L6). However, it also means they have yet to keep an away league clean sheet this calendar year. On the bright side, though, the ‘Nazaries’ have won their last two Andalusian derbies and could win three in a row in the competition for only the second time in the club’s history. 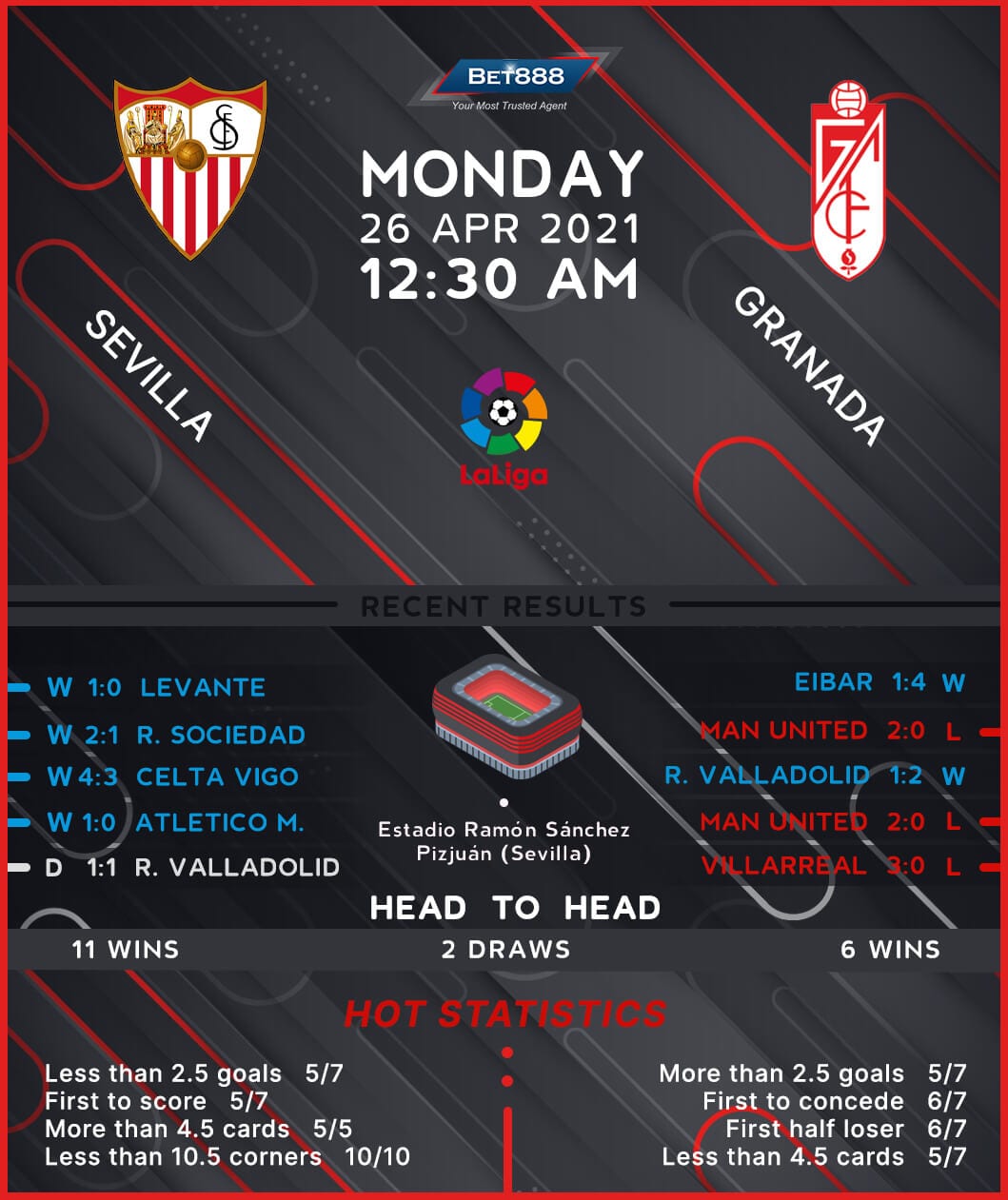