Sevilla have racked up a four-game winning La Liga run since losing 2-0 at Atletico Madrid on January 12, as they head into this encounter on the back of a stunning 2-0 home victory over Barcelona in the Coppa del Rey midweek. Notably, each of Sevilla’s last three league triumphs has yielded a clean sheet and a multi-goal margin. What’s more, Julen Lopetegui’s men are unbeaten in five consecutive La Liga home matches (W4, D1), scoring exactly three goals in each of their last three such outings. However, all of their three top-flight meetings with Huesca this millennium have seen the teams separated at full-time by a single-goal margin (W2, L1), with the deciding goal in the last two such encounters coming beyond the 80th minute.

Meanwhile, rock-bottom Huesca have accrued a win, a draw, and a loss in their last three La Liga fixtures, managing to reduce the gap on 17th-placed Eibar to four points in the process. But, ‘Los Azulgranas’ lament the division’s joint-worst win-ratio on the road of 9.09% after picking up just a single win in their 11 trips this La Liga campaign (D5, L5). Furthermore, the visitors have failed to claim all three points in any of their last three La Liga visits to Andalusian sides (D1, L2), with each of those matches seeing both teams on the scoresheet. Pacheta’s men have developed a habit of falling behind without recovering, frustratingly losing nine of the 12 La Liga games in which they’ve conceded the opening goal this season (D3, L9). 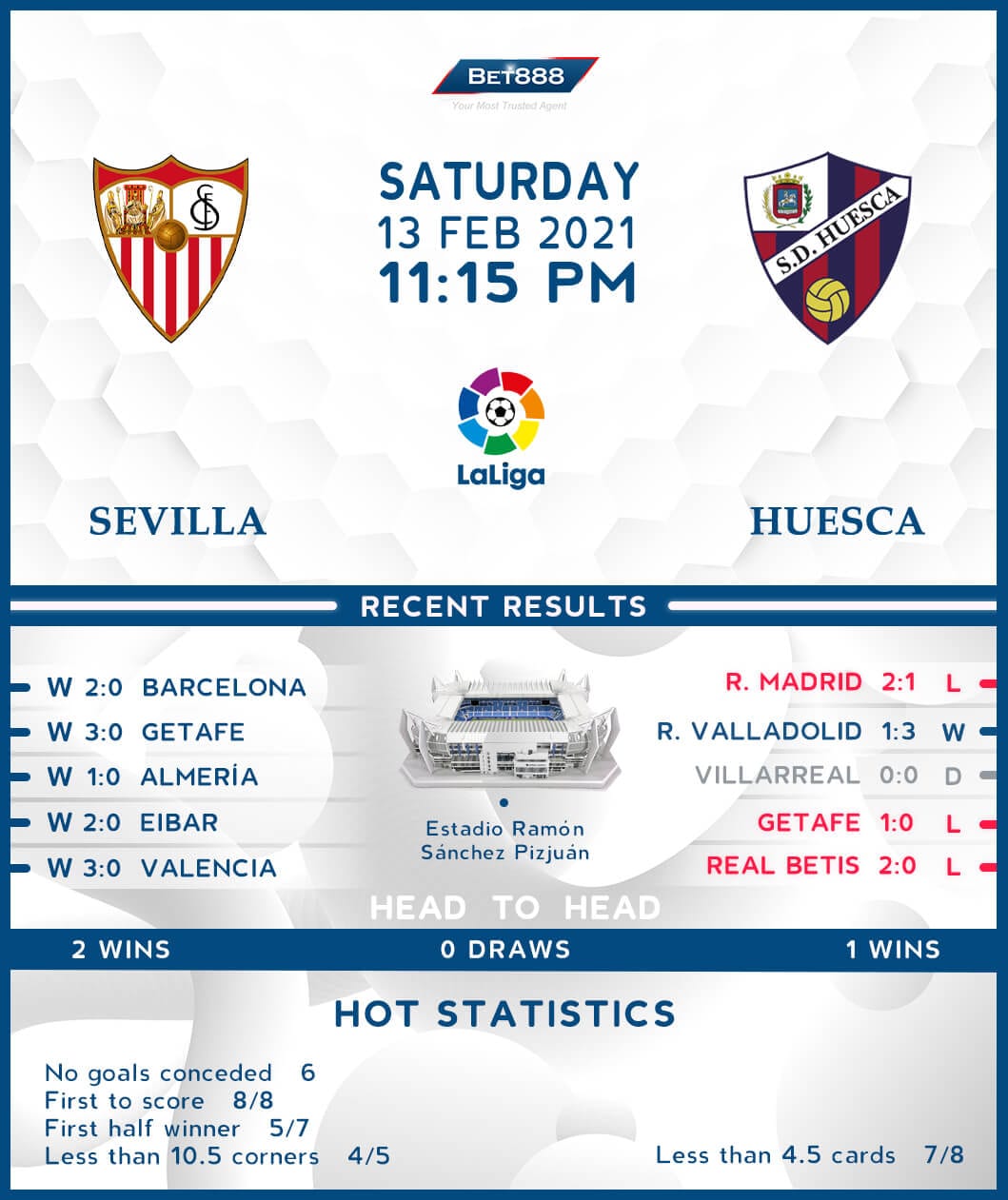