Sevilla and RB Salzburg will get the 2021/22 UEFA Champions League campaign underway at the Estadio Ramón Sánchez Pizjuán.

Sevilla head into proceedings in high spirits after going unbeaten in their opening three La Liga games this season (W2, D1). Barring a dismal 4-0 home defeat to Chelsea in 2020/21, Sevilla have’t lost eight of their last nine Champions League group stage fixtures (W5, D3, making it out of the groups five times in their six overall campaigns in the competition. ‘Los Nervionenses’ have been impressive in their recent opening games across major European competitions, suffering just three defeats in their previous 21 continental openers (W12, D6), albeit none in the last eight (W5, D3). Current head coach Julian Lopetegui had racked up ten victories in his first 12 managerial Champions League matches on home soil but lost the last two in a row. Yet, his overall record in home Champions League outings reads positively (W10, D1, L3).

Meanwhile, Salzburg ousted Brondby in the Champions League play-offs, winning both legs by the identical 2-1 scoreline to reach their third successive competition’s group stage. However, the Austrian heavyweights have picked up just one victory from their nine trips to Spain across all major European competitions (D2, L6), courtesy of a 1-0 triumph at Villarreal in December 2019. Adding to their concerns, the visitors have secured just two wins in their last 15 fixtures in the Champions League and Europa League (D3, L10), though both of those successes came on the road. Action-packed football has highlighted Salzburg’s Champions League matches, as their 18 outings in the competition have featured an average of 3.7 goals per game (GF:30, GA:36). 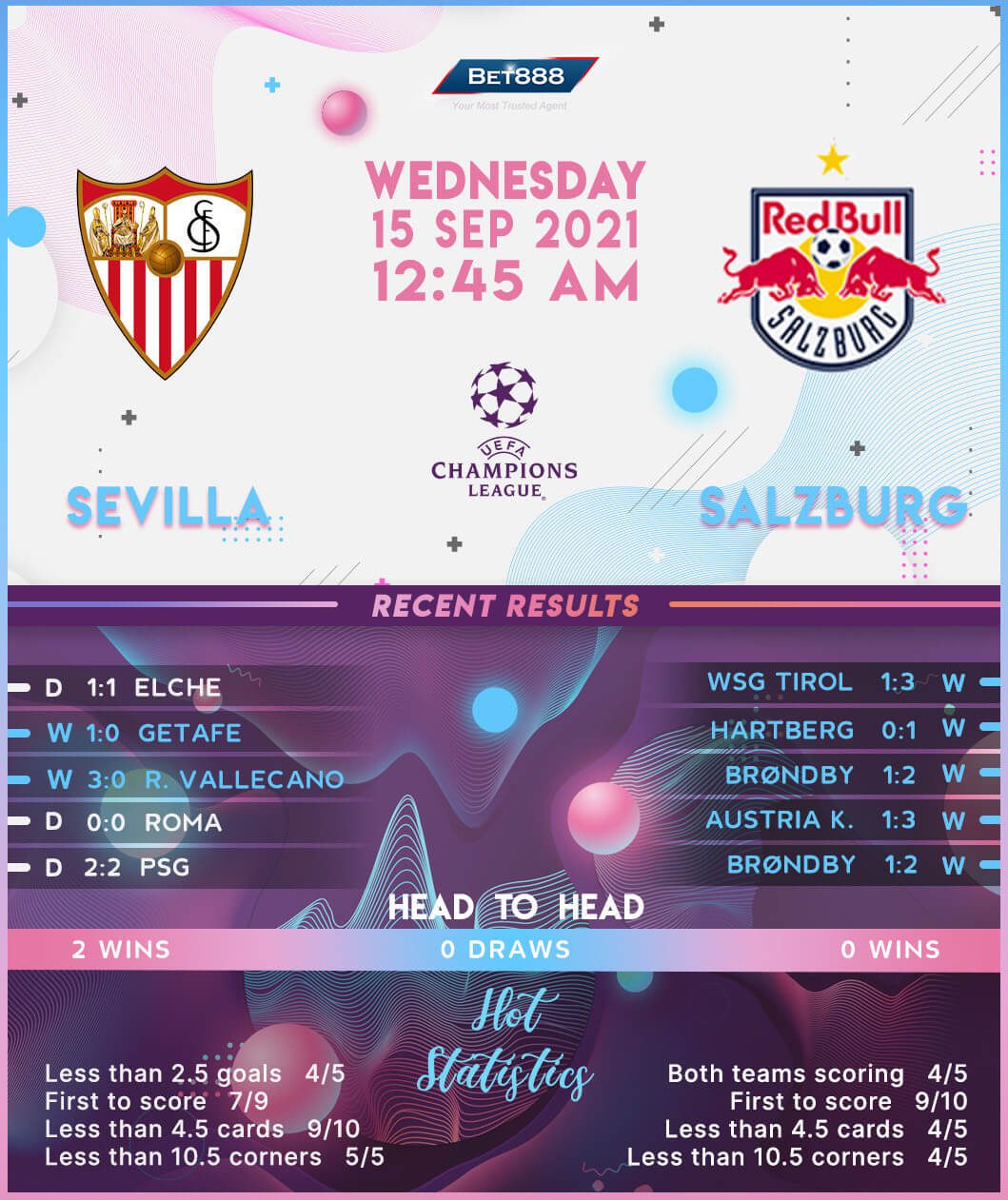