Estadio Ramón Sánchez Pizjuán is the venue as Sevilla and Real Betis go head-to-head in the 100th Sevillian derby in LaLiga. Sevilla lead the all-time H2H record, having won 46 such meetings compared to Betis’ 30 victories (D23).

After racking up a six-game winning streak in La Liga, the hosts have now lost twice in a row, conceding precisely two goals apiece in those losses while scoring once. Curiously, Sevilla’s last league draw dates back to January 2 when they played out a 1-1 stalemate with Betis – since then, ‘Los Nervionenses’ have accrued seven wins and three defeats. At home, Julen Lopetegui’s men have won all but one of their last seven top-flight fixtures (L1), keeping a blank sheet in four of those six successes. Additionally, Sevilla are on a four-match winning home streak against Betis in La Liga, having registered a shutout in each of their last three such encounters. That’s pretty much in line with their tendency to shut out their opponents when winning at home this season, with 75% of Sevilla’s home La Liga triumphs coming ‘to nil.’

Betis have recently hit the ground running in La Liga, having won their last four league fixtures by an aggregate score of 7-3. Away from home, ‘Los Verdiblancos’ have gone unbeaten in four La Liga games on the trot (W3, D1) since losing 4-3 at Levante in December 2020, scoring precisely twice on three occasions in this run. Interestingly, Manuel Pellegrini’s men have drawn the joint-low one of their 13 away league matches this season (W6, L6), with 58.33% of the games won/lost on the road yielding a full-time margin of over 1.5 goals. However, the visitors have failed to show the capacity to dig themselves out of trouble, frustratingly losing 85.71% of the away La Liga fixtures in which they were trailing at the half-time break this season (GP:7 – D1, L6). 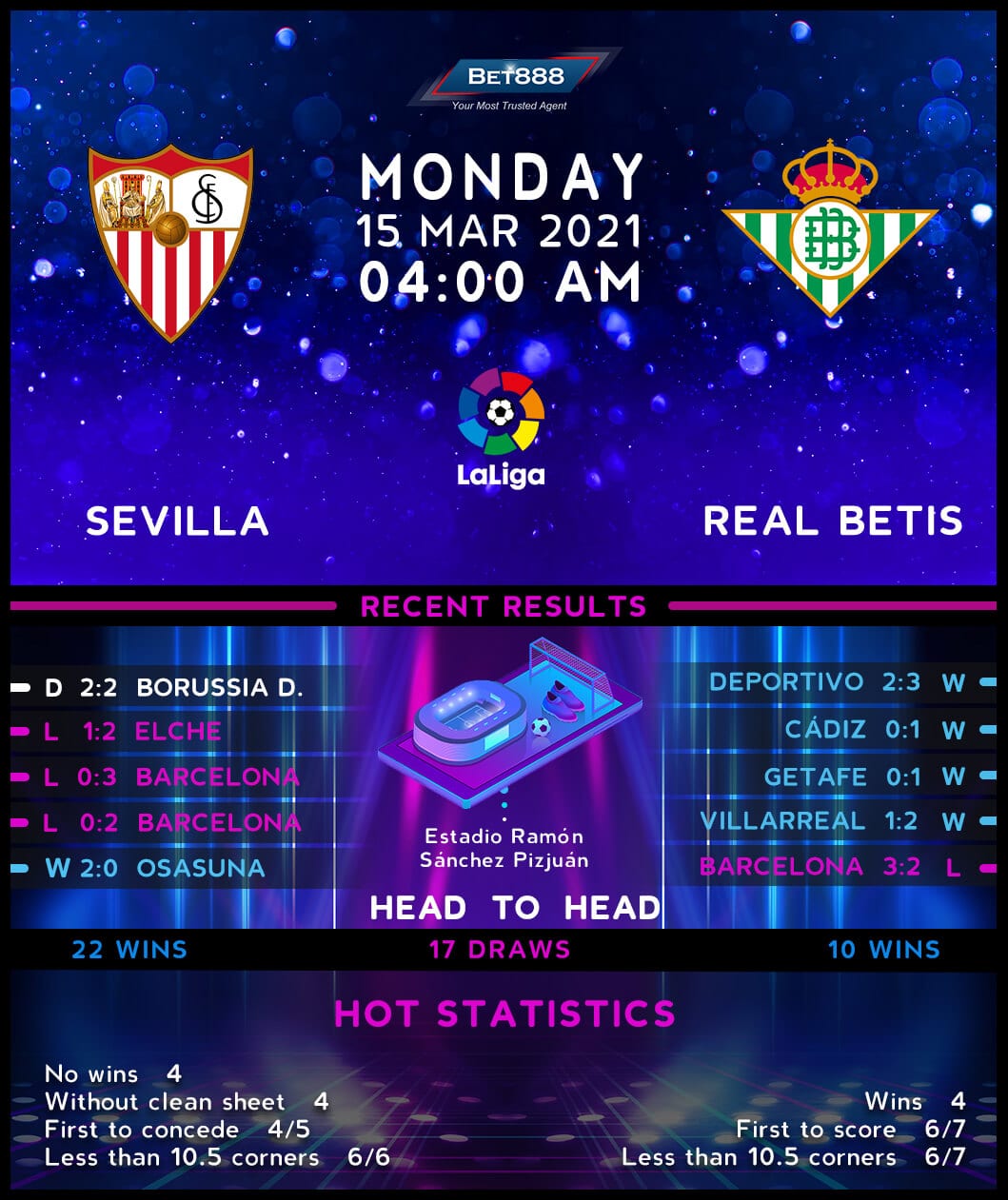