Real Madrid will be looking to post a fourth consecutive La Liga victory over Sevilla when the two sides meet at the Estadio Ramón Sánchez Pizjuán.

The hosts have gone from three consecutive La Liga loss to three league victories in a row, though they take the field after losing 4-0 to Chelsea in the Champions League midweek. Sevilla’s La Liga matches have been notably tight this season, as seven of nine have ended separating the teams by under 1.5 goals. What’s more, four of their last six league fixtures have produced the identical 1-0 scoreline, which has been the case in three of their four La Liga home outings this term (W3, L1). In turn, seven of their last eight top-flight H2Hs held at this venue have yielded a full-time margin no bigger than a single goal (W6, L2). Two of Sevilla’s three league goals conceded at home so far have arrived in the first half, with two of them coming between the 35th minute and half-time.

Meanwhile, Real Madrid head into this encounter on the back of a dismal 2-0 Champions League loss to Shakhtar Donetsk, which means they have now won just one of their last five competitive fixtures (D1, L3). Furthermore, ‘Los Blancos’ have failed to win any of their three previous La Liga matches (D1, L2) despite scoring first on two of those occasions. Notably, quick-fire Real Madrid have scored the opening goal within 25 minutes in each of their last five La Liga trips since being held to a goalless draw to Real Sociedad in their first away league game of the season. However, Zinedine Zidane’s men have not only failed to keep a clean sheet in five of their six previous away matches in all competitions (W2, D2, L2), but they have conceded over 1.5 goals in three of them. 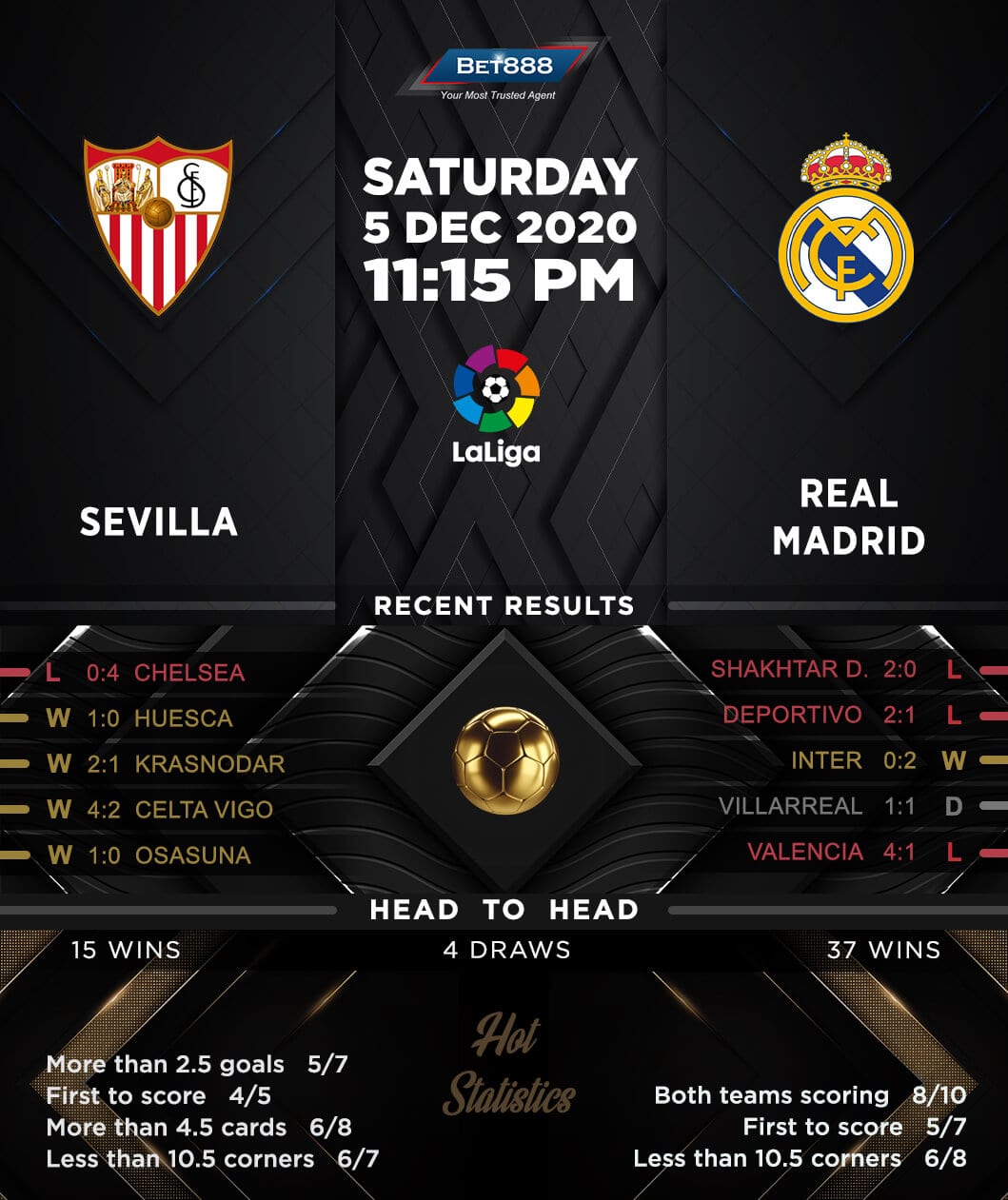