Estadio Ramón Sánchez Pizjuán is the venue as Sevilla and Villarreal go head-to-head in an exciting La Liga affair.

Sevilla have gone undefeated in three La Liga games in a row (W2, D1) since suffering a 1-0 home loss to Real Madrid on Matchday 12, though they continue to struggle in front of goal. Indeed, Julen Lopetegui’s men have now netted under 1.5 goals in each of their last five league outings, with three of their four strikes across this sequence coming beyond the 80th minute. Though just one of Sevilla’s six La Liga home matches has ended in a draw (W3, L2), their top-flight contests in Andalusia have been notably tight this season. Four of their five home league fixtures won/lost this season have yielded the identical 1-0 scoreline, with the deciding goal in all but one coming in the second half of play.

Meanwhile, a 1-1 home draw with Athletic Club last time out did bring Villarreal’s unbeaten run in all competitions to 20 matches (W12, D8). In La Liga alone, Unai Emery’s men have avoided defeat in 12 consecutive games since succumbing to a 4-0 away loss to Barcelona on Matchday 3 (W5, D7), with 66.67% (8) of the fixtures in this period featuring under 2.5 total goals. Interestingly, after failing to find the net in their opening three La Liga trips, ‘El Submarino Amarillo’ have scored in their last four away league matches, registering 75% of their goals netted in that sequence in the first half of play (6/8). Villarreal must be confident of maintaining their impressive away form here as they take on a side they’ve not lost to in any of their last four top-flight H2Hs on the road (W1, D3). 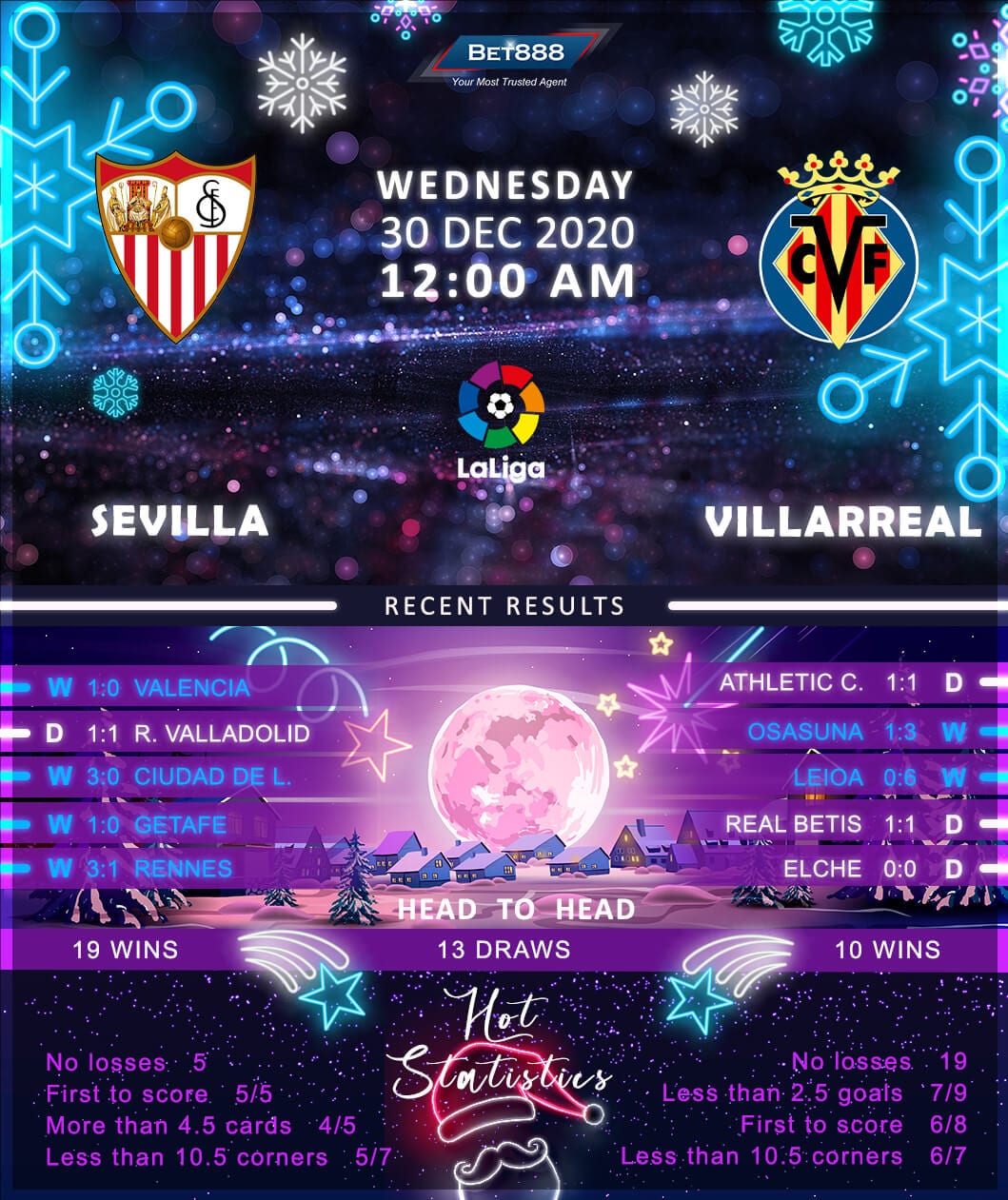