NSC Olimpiyskiy Stadium is the venue as Shakhtar Donetsk hope to overturn a 3-0 disadvantage in the return leg of their UEFA Europa League last-16 tie against Roma.

Having moved across from the UEFA Champions League for the third season running, Shakhtar eased past Maccabi Tel-Aviv 3-0 on aggregate (2-0 A, 1-0 H) to set up their second Europa League knock-out tie against Serie A opposition this millennium. Unfortunately, the Ukrainian juggernauts have lost both of their previous such encounters via an aggregate score of 8-0. However, the ‘Miners’ have played hosts to Roma in major European competitions three times so far, winning each time. Additionally, Luis Castro’s men have won their last three home games in the Europa League knock-out stages by an aggregate score of 6-1 and are now looking to win four in a row for the first time since 2008/09. The clean sheet has been a common theme in Shakhtar’s home matches in 2021, with all four in various competitions seeing one side fail to find the net (W3, L1).

Meanwhile, Roma got off to a flier in Group A, avoiding defeat in each of their opening five Europa League group-stage fixtures (W4, D1) before succumbing to a 3-1 away defeat to CSKA Sofia on Matchday 6. Notably, ‘I Giallorossi’ brushed aside Sporting Braga in the Round of 32 (2-0 A, 3-1 H) before claiming a commanding 3-0 win against Shakhtar in Rome. It means Paulo Fonseca’s men have scored over 1.5 goals in seven of their nine games in the Europa League this term, grabbing a total of 21! The Serie A giants are in a prime position to qualify for their first Europa League quarter-finals since the competition was rebranded in 2009, having successfully negotiated 20 of the last 22 UEFA ties in which they won the first leg. Worryingly, though, the visitors have suffered four defeats in five UEFA European trips to Ukraine, winning the remaining one. 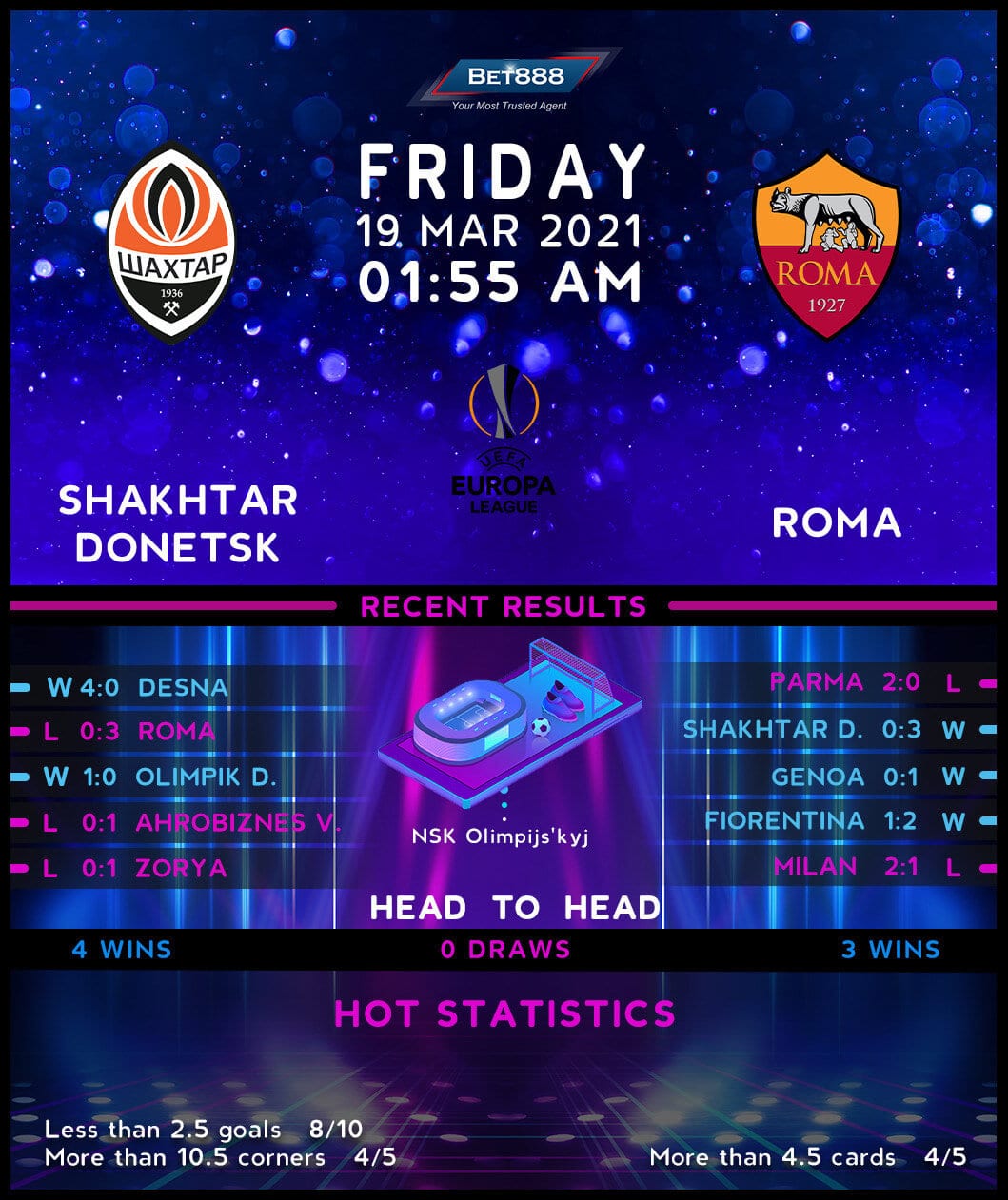