Shakhtar Donetsk and Real Madrid go head-to-head at the NSC Olimpiyskiy Stadium as the hosts fight for their UEFA Champions League life.

After suffering back-to-back defeats to Borussia Monchengladbach via an aggregate 10-0 score, Shakhtar face a must-win affair as they take the field trailing second-placed Real Madrid by three points. The Ukrainian giants have failed to get on the scoresheet in each of their last three group stage outings. Against this backdrop, Luis Castro’s men have scored precisely three goals per game in both of their previous European clashes against Real Madrid, securing a 3-2 win in the reverse fixture. Indeed, the last three Champions League meetings between these two teams have witnessed a total of 16 goals scored, on an average of 5.3 per match. But, the ‘Hirnyky’ lament a disappointing European record against Spanish adversaries, having won just six of their 26 such fixtures overall (D6, L14).

Meanwhile, Zinedine Zidane’s men have seen their Champions League up and running after a dismal start, going from two straight group stage games without a win (D1, L1) to back-to-back victories. Curiously, before beating Inter Milan 2-0 on Matchday 4, each of Real Madrid’s four previous group stage fixtures had seen both teams score at least twice! ‘Los Blancos’ have suffered just one defeat in their last seven away European clashes against Ukrainian clubs (W2, D4), losing none of the previous four. Also, they have scored over 1.5 goals in each of their last three away matches in the Champions League group stage. A victory in Kyiv would propel Real Madrid to the Champions League knock-out stage for the 24th season running, which is the competition record. 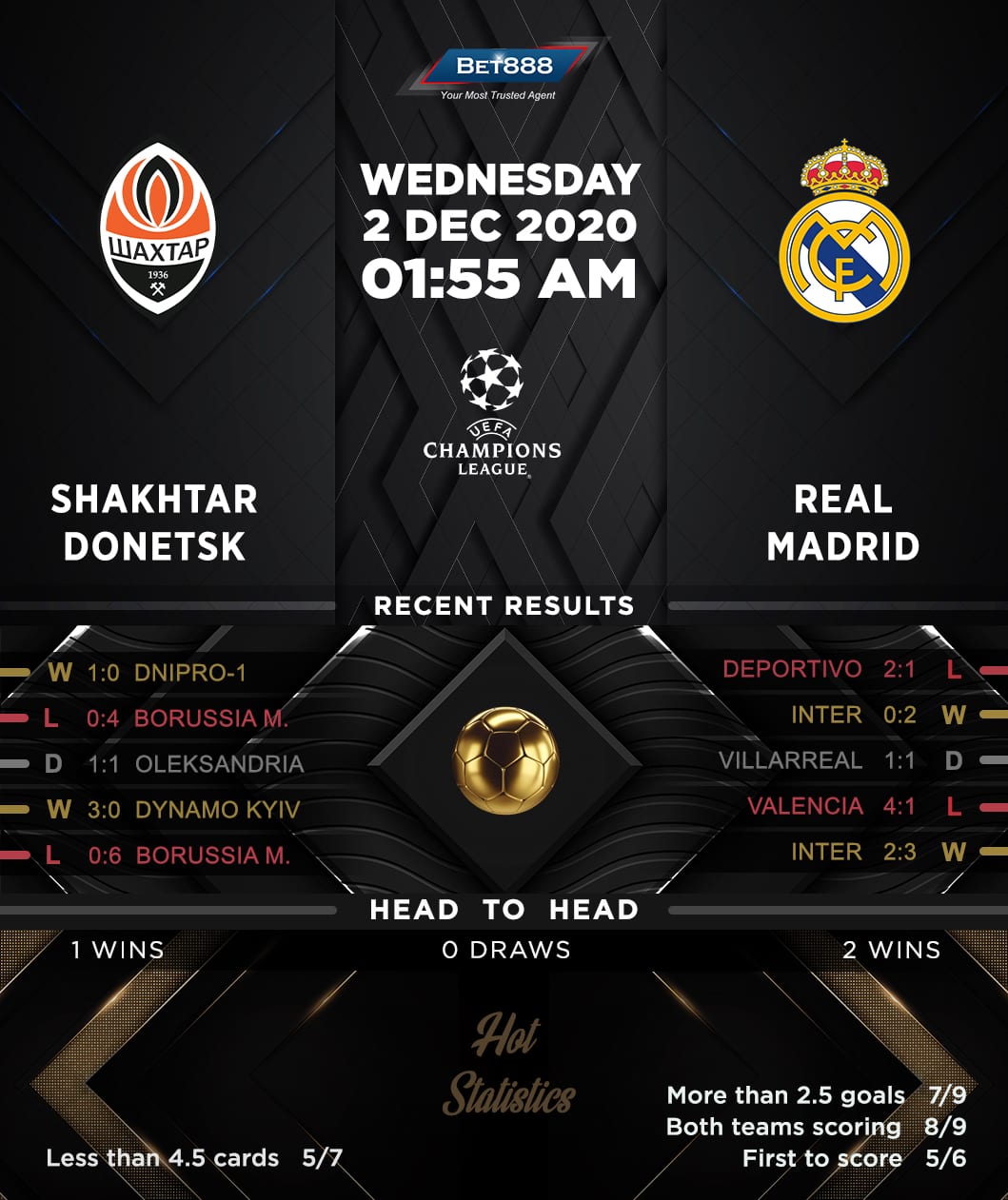