Shandon Taishan fell apart at Zhejian Professional last time out, as an underwhelming 2-0 defeat arrested their three-game winning league streak. Yet, it followed the same pattern. Shandong’s last four Chinese Super League matches (won/lost) have witnessed the winner keep a clean sheet. Adding to this sentiment, the ‘Taishan Dui’ have won all three top-flight home fixtures this season ‘to nil.’ But do not expect Hao Wei’s men to fly out of the traps from the get-go. Seven of Shandong’s eight home league goals this season have come in the second half of play. Indeed, they have scored on or beyond the 75th minute in all three home league outings thus far.

In the meantime, travelling Henan Songshan Longmen head into proceedings as one of only three Chinese Super League sides yet to lose a single top-flight game this term (W4, D2). A goalless draw with Changchun Yatai, sandwiched by a pair of commanding away victories coming by 2+ goals ‘to nil,’ gives the visitors every reason to hope for another success. The ‘Red Devils’ are the only team in China’s top-tier competition to have registered a shutout on all three league travels this season. By contrast, they have conceded at least once across their last five top-flight visits to Shandong (D1, L4). 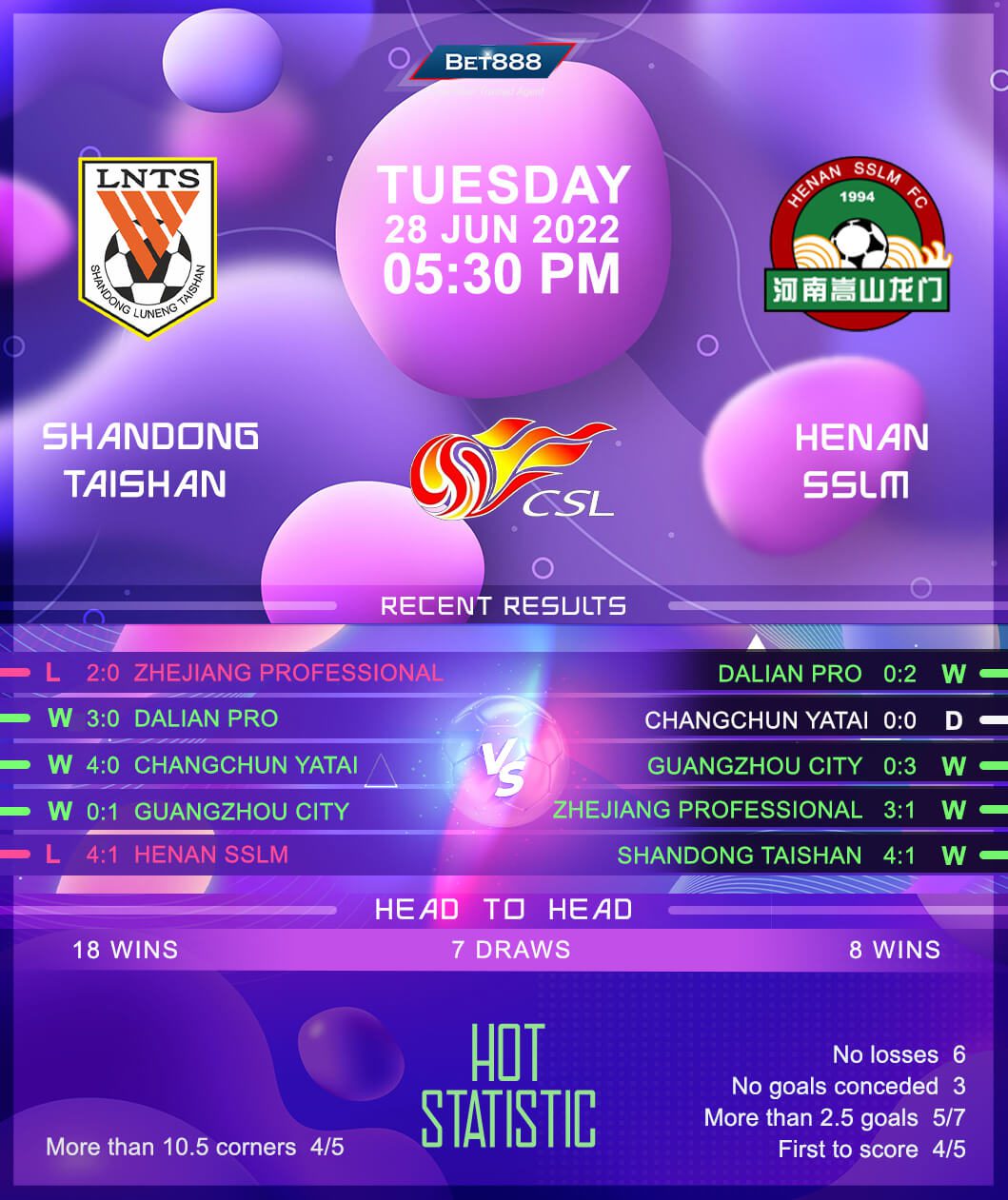