Shanghai Shenhua and Wuhan Yangtze are set to square off at the Hongkou Stadium in a tasty-looking Chinese Super League showdown.

Shanghai Shenhua have enjoyed a stellar start to the new Chinese Super League campaign, racking up three wins from four league fixtures (D1). Head coach Wu Jingui has based his side’s success on a rock-solid backline that had kept back-to-back clean sheets before conceding one goal apiece across the last two top-flight outings. Despite netting an average of 1.75 goals per league match this term, the ‘Flower of Shanghai’ still have to step up their first-half performances. Indeed, each of Shanghai’s seven Chinese Super League goals this season has come beyond half-time. But with just two goals conceded from their opening four league games, the hosts must be feeling safe and sound.

As for Wuhan Yangtze, a morale-crushing 3-1 home defeat at the hands of Wuhan Three Towns last time out arrested the visitors’ three-game winning start to the season. Despite their eye-catching points return, Wuhan’s top-flight victories this season have lacked conviction. Indeed, each of their three league wins has yielded a narrow single-goal margin. Since the winning goal in each of those three wins consistently arrived beyond the 70th minute, the late drama could be on the cards. But more importantly, the ‘Army of Han’ have failed to win any of their seven previous Chinese Super League visits to Shanghai (D3, L4). Moreover, they have conceded 2+ goals in five of their last six such match-ups. 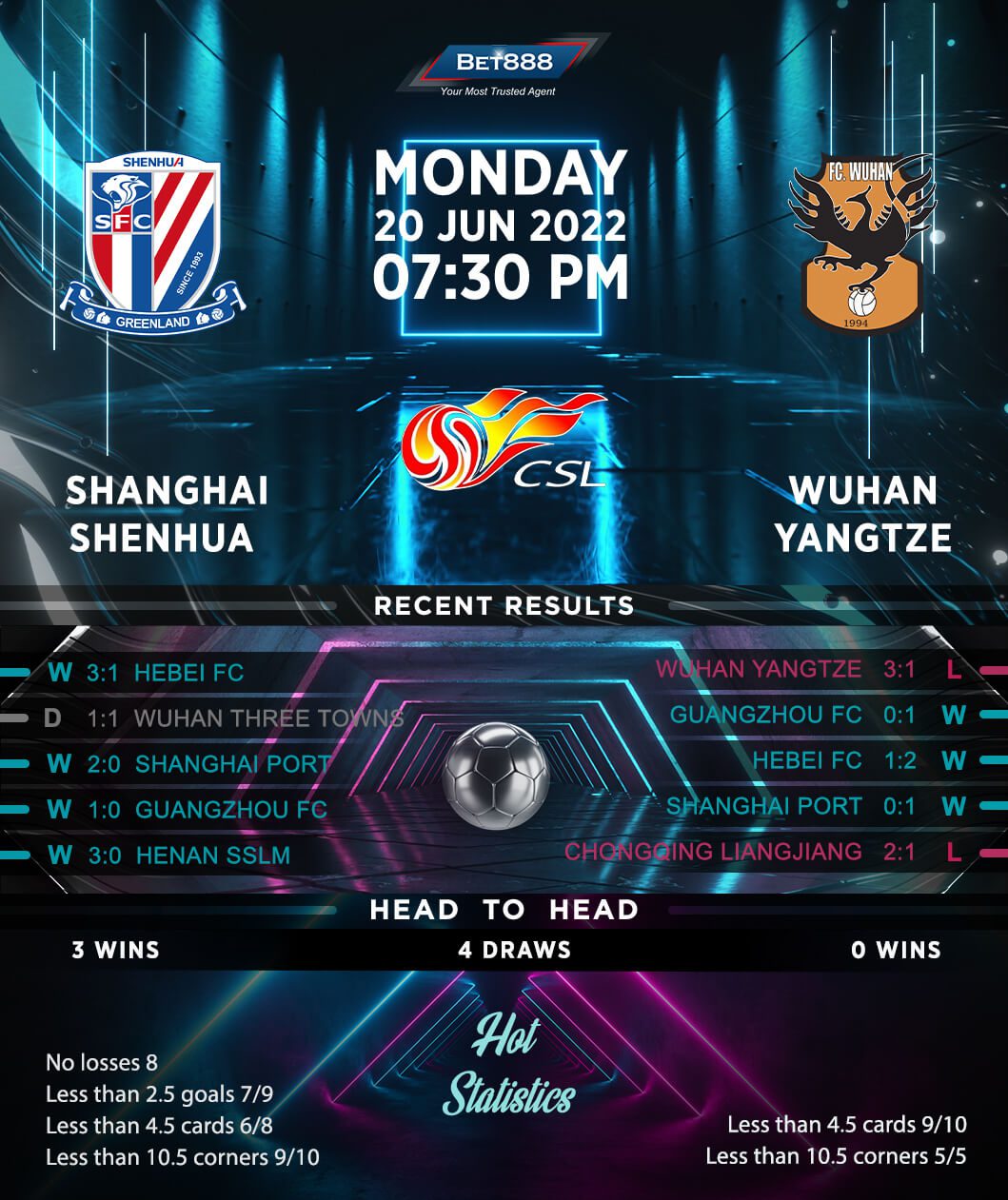