Sheffield United and Arsenal are set to lock horns at Bramall Lane as the visitors seek all three points to preserve their faint hopes of qualifying for European football next season.

Rock-bottom Sheffield are already preparing for life in the Championship after losing 80% of their Premier League fixtures this season (GP30 – W4, D2, L24) and netting a dismal average of 0.56 goals per match. Speaking of their attacking woes, Paul Heckingbottom’s men head into proceedings as the only side yet to hit a ten-goal milestone in terms of the first-half strikes this term (7). So, it comes as no surprise that the Yorkshire outfit have let in the opening goal on more home occasions (12) than any other team this Premier League campaign. Since beating Aston Villa 1-0 at home in early March, the ‘Blades’ have lost three consecutive league games by an aggregate score of 9-1, conceding an own goal in their last two Premier League outings.

Meanwhile, Arsenal had alternated victory (2) and stalemate (2) on four occasions before succumbing to a dreadful 3-0 home defeat to Liverpool last time out. Away from home, though, the ‘Gunners’ have gone from back-to-back Premier League reverse to three consecutive road trips without losing (W1, D2) despite conceding the opening goal twice in that spread of fixtures. However, the Londoners have yet to win a Premier League game at Bramall Lane (D2, L2), losing their last two top-flight visits to this venue by the identical 1-0 scoreline. Worryingly, Mikel Arteta’s men have failed to register a shutout in any of their last nine Premier League outings and are only two games short of matching the unwanted club record. Particularly vulnerable before half-time, they have registered 88.24% of the away league goals conceded this term in the first half of play (15/17). 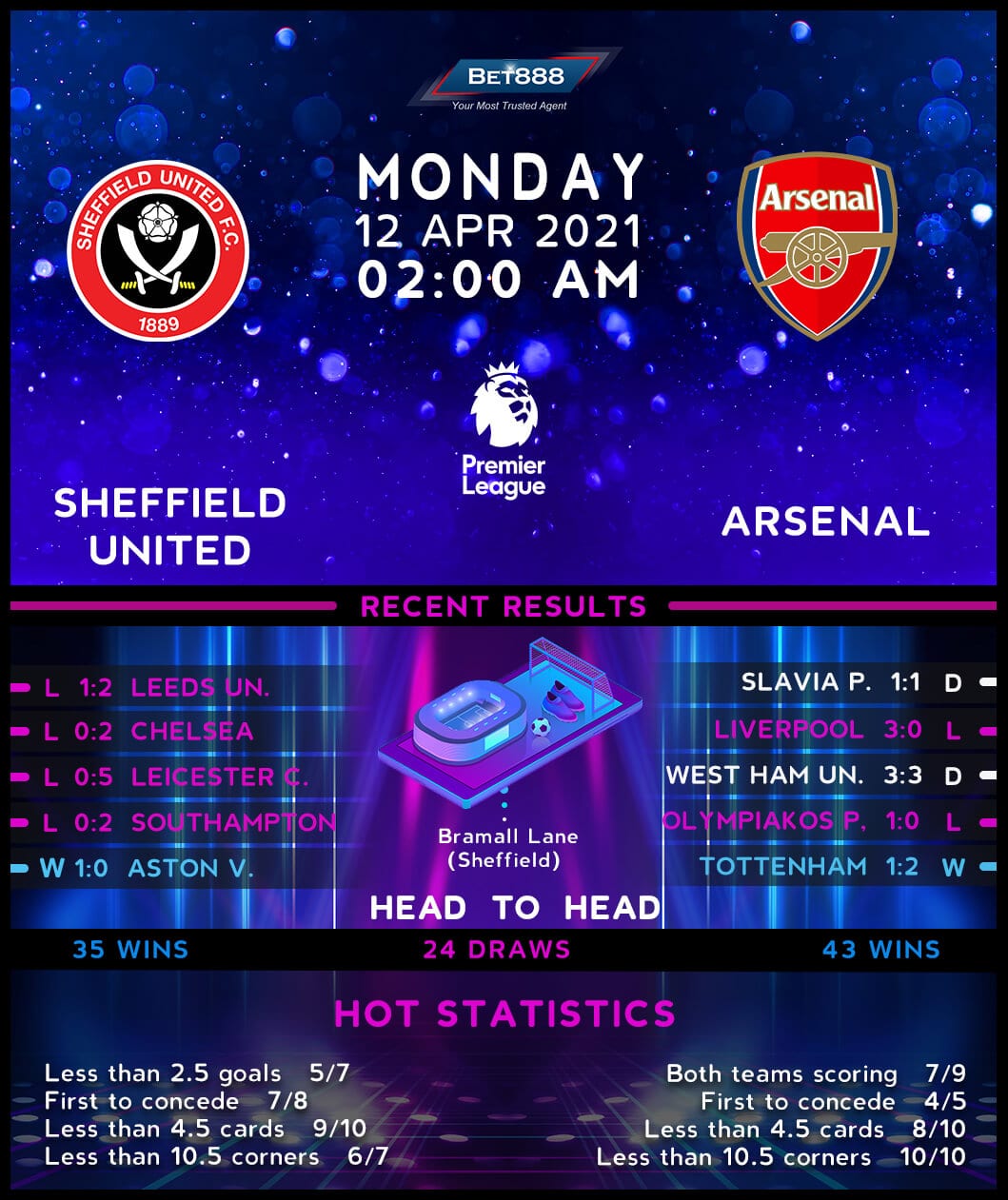